Is It Time For Indian eCommerce Businesses To Shine Bright in 2018? 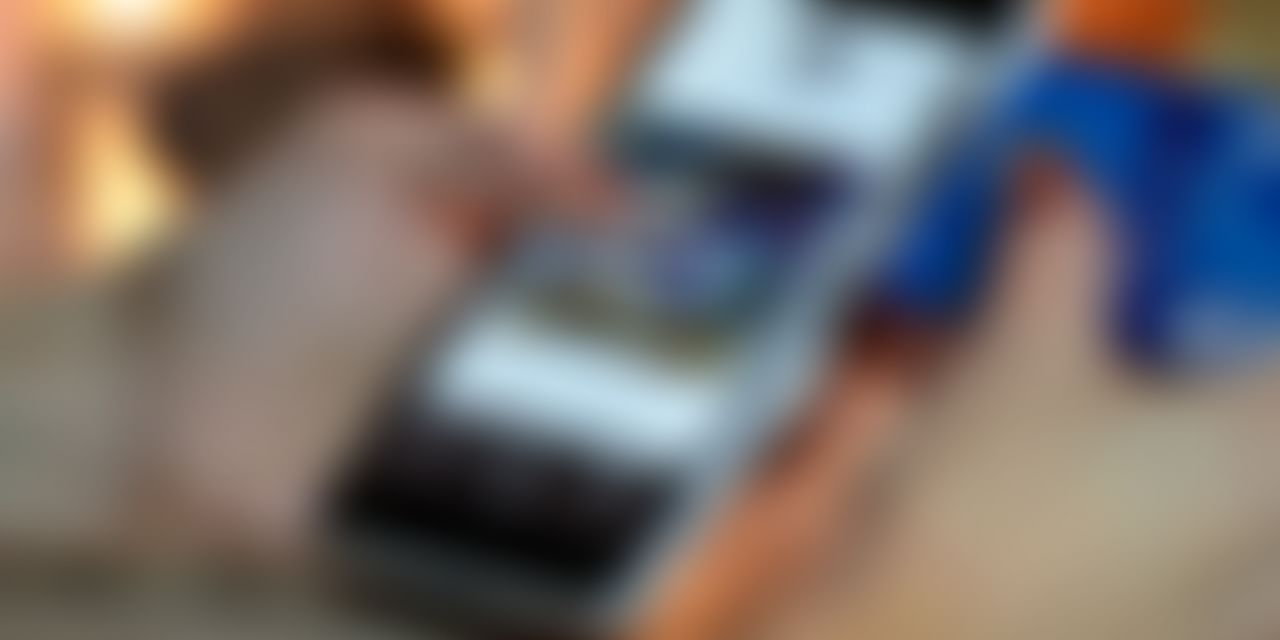 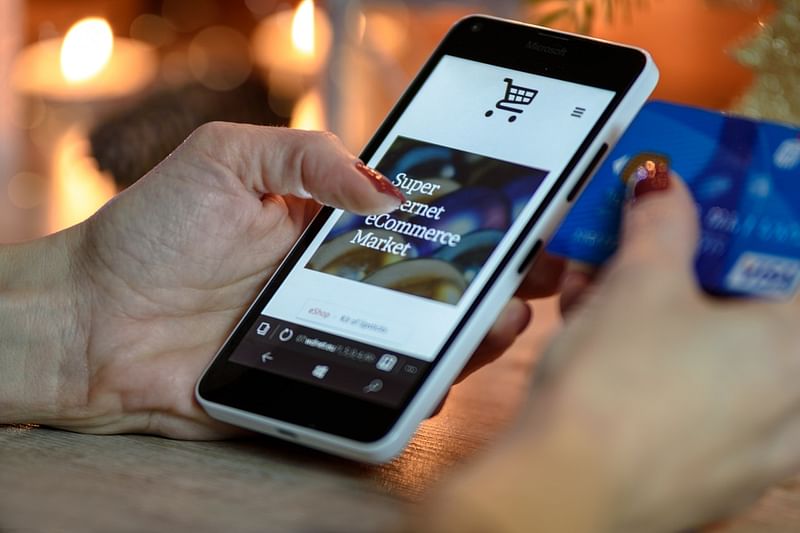 The eCommerce craze started in India way back in 2004  when eBay launched its operations in the country. Then followed Flipkart and Myntra in 2007, who with dedication and unique payment models started to win the trust of the not-so tech savvy Indian consumers.

From then onward, every Tom, Dick and Harry ventured into the online industry with a hope to offering “something unique” to their consumer base. But did they ever thought to driving profits? Of course, they did. But it didn’t seem like that.

As an independent marketer and service provider in the fast-paced digital industry, I bump into many entrepreneurs on LinkedIn on a daily basis who have just launched their new online firm and are on the lookout to build their teams from scratch.

I completely understand that being an entrepreneur isn’t easy; and somehow the idea of owning something of our own appeals to us Indians. There’s nothing wrong with that. In fact, it shows growth. But this mindset has also given birth to many startups. The younger generation, especially, has shown a more proactive behaviour to wearing their entrepreneurial gloves.

The years 2014 and 2015 are often referred to as the “wonder years” in the Indian eCommerce industry. In 2015, VCs and hedge funds were supremely eager to provide financial support to growing eCommerce firms in India. There was no dearth of good ideas or solid value propositions from the business owners.

Even the target customer base in India was excited to shop online and on their mobile phones. I can’t believe it has been so long now! It was an exciting phase indeed. But just how all good things come to an end, the eCommerce craze has also started to fade away.

The trend effectively slowed down in 2016 as India witnessed a substantial decline in fundings by 20-30%, states a report by NASSCOM.

2016 was also the year when India’s eCommerce market leader Flipkart took a hit, and it wasn’t something a lot of us saw coming. The eCommerce maven faced a valuation cut by 26.90% last year. Well, if Flipkart had it that bad, how could other eBusinesses be far behind?

Chances are you must have used services of Autoncab, TinyOwl and LocalBanya at some point. Guess what? They have also shut shops!

It’s late 2017, and the investors have finally woken up to discuss “profitability” with businesses that have pumped in money. That’s because bright but over-ambitious entrepreneurs have been unable to provide quality merchandise or service at attractive prices delivered conveniently and reliably.

And I have numbers to back this claim.

Kishore Biyani is an intelligent businessman. According to him, stepping into the online fashion industry will be a big failure. And he has got numbers to prove that. He says the minimum cost for acquiring a customer is 20% of total sales in an online setup.

But in a traditional platform, it’s just 2-2.5% of the total sales.

Jabong put its valuation expectation below $100m in 2016 as it was unable to find a buyer. This was a far cry from the $1b it was expecting during the deal talks with Amazon in 2014. Even today, the future of Jabong is not secure.

Then there is Snapdeal which is still still gasping for breath in the eCommerce chaos.

Relatively newer brands such as ShopClues and Limeroad are spending a stupendous sum of money on marketing and advertising to boost their customer reach and build their brand.

A little more than a week ago, Aditya Birla Group’s flagship eCommerce business Abof.com decided to close its shop because they are unable to handle the competition from Amazon and Flipkart. Abof.com’s operations will close on December 31.

While the 240 employees of the eCommerce firm will not be laid off and instead be absorbed into other business units, it still portrays the face of a failed online business.

But there are eCommerce firms doing well

According to a recent report, the Indian eCommerce arena is expected to grow to US$100 billion in 2020 from US$30b in 2016. This means that despite the failures, there are many eBusinesses doing well in their respective industries.

YepMe, Caratlane, HomeShop18, eBay, Naaptol, PepperFry, Koovs and Paytm seem to be doing a great job in keeping themselves afloat in the ever-evolving industry. But then given how dynamic the environment is, it is impossible to predict the lifespan of these companies.

Everyone’s trying to be Amazon

Amazon pioneered the eCommerce in the mid 1990s. The time was right. There was no competition. They not only ensured a smart supply of products and services but also created more demand in the process.

Today, Amazon’s market share in India is growing at an exponential rate. They may not have the best website in the world but they sure know the pulse of their consumers and have successfully built a technology that supports that.

With a premium service like Amazon Prime, they have also strengthened their position in the global market.

Of course, Indian eCommerce businesses do ape Amazon. While some paid handsomely to new engineers to build a technology that already existed in the market, some pivoted and transitioned into a simple merchandise and operations-focused retail firm.

But this hasn’t helped them at all.

If you are in the eCommerce industry, it is your job to ensure your business thrives and how. It may not seem easy right now. Your company may not even reach a breakeven point quickly. But as long as you incorporate these three methods in your strategy, your eBusiness will be on the right track:

When Amazon and eBay were first launched, they had to build their own technologies from scratch by hiring huge teams of engineers. It was 1994-95. The two multinational giants had no choice back then. However, things have changed ever since.

Today, there are high quality software-as-a-service platforms that are not only fully featured but also available at competitive prices. Companies such as Cloud 9, Host Analytics, LiveOps, Reval and Knowledge Tree are popular names in this spectrum.

What new eCommerce firms do is either invest heavily in hiring expensive engineers and keeping other processes under the back burner or bring engineers with limited capabilities to build a product.

Either way the entrepreneurs are unable to justify this move and end up creating a platform that is built on shaky pillars. Therefore, the key is to take support from the already existing technology.

Marketing plays an integral part in boosting the digital presence of the website. Ideally, you should invest in the best website design possible. Pay attention to how easy or difficult it is for the visitors to browse through the site.

Besides this, also think about the conversion optimization and engagement rates. Consumers today are spoiled for choice especially in the online market. If they don’t find something to their liking, they hop on to the next one. Therefore, if new visitors happen to visit your eCommerce site, hook them instantly.

(a) Your website should get straight to the point

Make sure the presentation of your products and services piques their interest. Just check out the “New Arrivals” section of H&M website, and you’ll know what I mean. 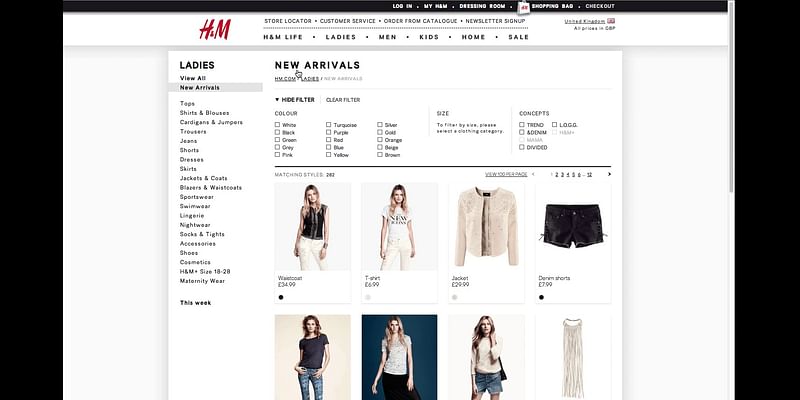 The H&M website converts the whole online experience into something fun where visitors can apply filters and check out the products of their taste.

(b) Leverage the exit intent technology

I understand pop-ups during website browsing can be quite distracting but the technology of exit intent does yield results. Of course, most visitors will get annoyed if they are asked to fill in their email address to subscribe to the newsletter or avail a coupon code upon leaving the website.

But hey - given how high the bounce rates of most websites are, it is crucial to initiate a strategy that tries to engage with the consumers even when they are leaving the website. This is where exit intent enters the scene.

How does this solution work, you ask? The technology deployed here tracks a visitor’s movement across the site - from the time he lands on a web page - to predict his next move. As soon as the visitor moves his cursor on the cross sign of the tab, a pop up banner comes up comprising a message. 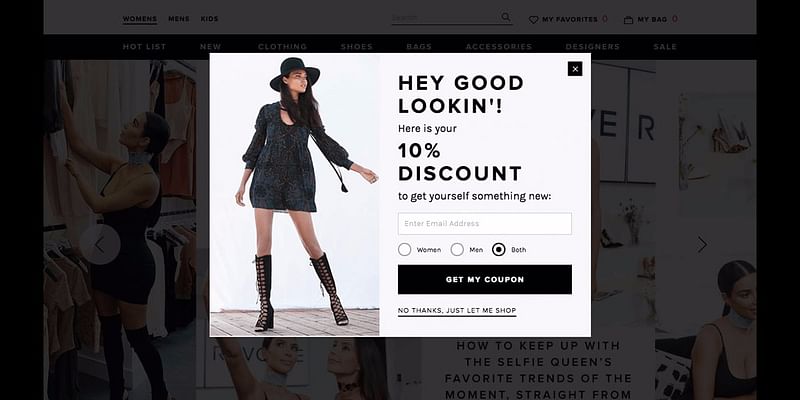 It helps eCommerce sites hold back their businesses a little longer. You should try it too.

Marketing automation is a top priority for both B2B and B2C businesses now. Amidst intense competition, this is perhaps the best solution to engage and re-engage with customers. Reminder emails, push notifications, pop-up banners, etc. are some of the commonly used techniques.

Thanks to automation suites like Wigzo, it is becoming a tad easier to ensure smart marketing is supported by high level personalization. Such products analyze the customer’s behaviour, learn from their preferences and purchase triggers, and enables the eCommerce firms to send highly personalized communication to them.

Make use of push notifications

The push strategy, for instance, is the new trend in marketing. It doesn’t matter whether a company is functioning in a B2B or a B2C arena, entrepreneurs are becoming more and more confident in incorporating push in their marketing plans. For instance, there are products like ZoPush that are enabling eCommerce businesses to send out personalized messages to their consumer market on both web and mobile, solving three things:

(a) eCommerce firms don’t have to wait for web or mobile visitors to come back to the platform to check out the latest offerings of the website or even read marketing emails.

(b) eCommerce firms can always be assured of a high clickthrough rate (40%) for push notifications, as compared to emails which manages an open rate of 24.79%.

(c) In an time and age where it has became all the more important for businesses to know the people they are targeting. Making use of technology that auto-segments them into different lists and personalizes the messages accordingly.

This way the eCommerce businesses can continue enjoying higher and faster conversions.

Sending the same messaging across all channels - wherever an eCommerce business is most active on - is important. Otherwise, it becomes chaotic not only for marketers who have to create different messaging for each platform but also the consumers who can easily get confused.

Having a successful business is every eCommerce entrepreneur’s dream. But history has proven time and again that running an eCommerce firm is not everybody’s cup of tea. Therefore, you have to be consistent with all aspects of a business- technology, operations, marketing, and so on.

Do you think technology is what will help eCommerce businesses shine bright in 2018?