Everyone who uses a computer and stores important data on it, wants to protect it. No matter how careful you are, one can never be sure of viruses, malwares and spywares. They can creep in and can harm data or leak it to hackers. Though various measures are being taken to avoid malware or hackerattcks globally, precautions at personal level should also be encouraged to keep people and their data safe. The severity of viruses can be from duplicating files, creating annoying ads, to deleting system data, leaking passwords, bank details, and much more. A lot of apps are available in the market under the domain of Antivirus that you can use. These software don’t provide 100% protection but it is better than any other precaution. So in this article, I am going to share with you some of the best antivirus software for Windows 10 that you can use. Have a look:

Best Antivirus for Windows in 2020

One of the best antivirus protection programs for Windows operating systems that is quite popular in the market is Systweak Antivirus. The application is rather new when compared to how old the market has been but it has already established its position in the market in such a short period of time.

It is a power packed package which comes with 30 days of free trial period and regular updates on the database makes it more effective. It has a lot of incredible features like Real time protection, Scan status, Malware protection, Explicit protection, multiple scan modes for in depth detection suspicious activity, and much more.

The user interface is intuitive and easy to use even by the people who haven’t had much experience with computers. It is supported by almost all the versions of Windows so you don’t have to worry about its compatibility.

Next on the list of best antivirus software for Windows, we have one of the most popular and used apps around the world, Norton Antivirus. The antivirus apps are notoriously infamous for making a computer system slow by eating up all its resources but this plus version has been specially designed to keep the usage to minimum.

The database for malware mugshots is updated regularly for enhanced security, URL blocker to avoid sites which are known to distribute malwares and real time protection to fight against any viruses that it comes across. If you have a lot of IDs and passwords which should be secure but you can’t trust the browser for privacy then Norton also brings its Identity Safe embedded in the antivirus to save all your passwords securely. If you want to protect a number of devices at various locations then you can also opt for Norton 360 Deluxe for more enhanced features across devices.

If you are not a fan of too many features and want to just seriously look for something which can effectively eradicate all malwares from your system then you can opt for this compact package right here. It is quite in the affordable range, trusted by millions of people, and offers a simple intuitive user interface which is easy to operate even by people who have never used it before.

Kaspersky Antivirus is known widely for its huge database, smart scanning, advanced detection, malicious URL blocking, and so much more. For just 29.95 USD on an annual subscription you can bring home a serious application which can protect upto 5 devices on Windows through automatic scanning. It is also considered as one of the best digital security solutions available in industry.

Another popular choice we have here is Avast Pro. The company has been in the industry for quite some time now and has built a great reputation for itself. It can be considered as the best free antivirus software available in the market however Avast also markets its application in premium version which can be accessed by the user on a subscription basis.

If you or Avast feels that a file is a suspicious file then you can take the advantage of Sandbox to test it in a closed and secure environment. It also has a lot of other incredible features like DNS protection, WiFi poacher removal, allows for cleaning of browsers, add ons, history cache, cookies, suspicious extensions, etc. The cost of a paid app may seem a lot when compared to other apps in the list but all the features make it up for the difference.

If you have a powerful computer then you would want an antivirus which is capable enough to perform deep scans on the large storage that it holds and also protect many different aspects at the same time. It has been highly tested time and again by data companies and has scored high marks by almost every industry standard.

It has automatic USB scanning, online protection with special attention towards banking and shopping transactions, email and attachment protection, updates in database on hourly basis, etc. The resources it uses for functioning is quite high and that’s why it can be a bit of trouble for older systems. This app from Germany, is quite popular in Europe and introduced quite late in the US and hence is still in the process of getting more exposure.

It is supported on Windows and Mac both so if you have both of them you can consider 2 subscriptions from the same company. If you face any kind of trouble or general questions with the app's functionality then you will have the support of 24 x 7 phone support in English language.

So these were some of the best antivirus software for Windows 10 in 2020 that I wanted to share with you. All of these programs are highly tested and verified by organizations and millions of users around the world. Some old computers may face the issue of lag in performance after installing an antivirus app but that is a normal behaviour as the app accesses each and every file and folder before the computer can execute it. 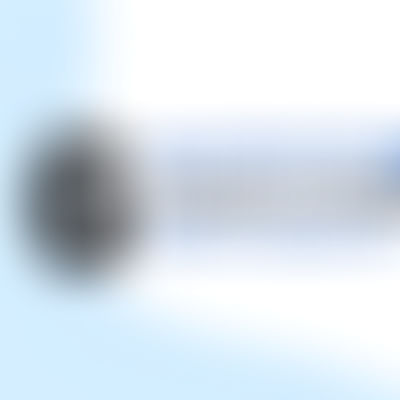