Malware, the harmful and malicious programs designed specifically for harming a system are mentioned quite a few times in the news. Malware attacks, on a global scale, are not a rare phenomenon. These harmful programs are spread with the intent to harm someone’s data or even an intellectual property. And most of them are not targeted and are designed to spread through hosts, just like real world viruses. So all the systems on the network get affected and this program keeps replicating and spreading until and unless anyone puts a stop to it. Since everyone can’t be a programmer, Antivirus was developed to fight off these dangerous programs. New viruses are being developed almost daily and so all the antiviruses making companies are also working hard in identifying and adding their signature to the database. More the signatures, the more efficient the program is, when it comes to fighting with malware. So here are some of the best anti-malware software that you can use to save your data and system from such an attack. Have a look.

One of the best anti-malware tools in the market available as of now and also the first one on the list is Advanced System Protector. It is an all in one tool which can be used to scan out viruses, worms, trojan and other types of malware. It has many amazing features like one click scan, custom scan, deep clean, quick clean up, etc It also offers you an all-round protection from adware and offers strict lock down features like quarantine, PUP markup, privacy protection, etc.

Many people don’t prefer antivirus apps as they can be quite heavy and may also become one of the reasons for slowing down your computer system. But Advanced System Protector can help you even without eating your system’s resources. It is extremely compatible with almost all the OS and is also quite lightweight, making it easy for your system to process it. It also has regular updates of Spywares in its database so that no program can sneak in.

Next on the list is another anti-malware program which has been in the market for quite long now and has built a reputation of its own. It comes loaded with many incredible features, like real time scanning, which protects your computer from viruses in real time. So if you are playing a game or watching a movie, it will still make sure that something fishy doesn’t go on. It also has multi-layered protection design and an advanced firewall which enhances your protection even from online threats. It also provides a web portal much like a secure cloud where you can lock in your confidential information and continue working worry free.

Third on the list we have AVG Antivirus. Like Norton Security, AVG has made its own reputation in the market for quite some time now. It stands among one of the top antivirus software in the industry. It comes with several amazing features to help you clean out your system from not only viruses but also from hidden spywares. AVG Antivirus is famous for deep and quick scans which can be performed within just a few clicks. Optimizing your system’s performance, checking up on its health, speed, boot-up time, browsing security, AVG can do it all. It has an advanced email security feature too which helps you to scan your emails and their attachments before you open them. You can also control and block spam mails easily with it.

Do you know that your laptop’s camera is very vulnerable to a hacker's attack? With AVG’s camera trap you won’t have to worry about any more. Like Norton, it also provides a safe haven for your files and data on a secure cloud. The encryption is very heavy and complex, so once your data is up there it is quite safe.

One of the best anti-malware software for real-time data protection is Kaspersky Antivirus. It stands among the top in the industry and has been successfully serving its customers for over 20 years. It specialized in detection and removal of self replicating programs such as worms and also the fast but deadly silent Trojan virus. Automatic and regular updates make its signature database to be one of the best in the industry. Combined with an advanced search engine, it can deep scan your hard drives so that there is no nook and corner where any malicious program can survive.

Last but not least on our list of best anti-malware software is an antivirus which is also known as a stand alone program. It has gained its reputation because it is one stop solution for most of your PC’s problems. It has a simple but effective user interface. It is easy on the eyes but provides all the features. To fend of threats from the online world, it has an advanced firewall with enhanced spam protection. You can even set up parental controls and protect your children from unwanted websites. With its URL protection you can work worry-free as it won’t let bombarding ads open up any harmful sites.

Every antivirus software has its own area of expertise. The ones mentioned above are capable enough to effectively handle multiple aspects of your system security. I have listed them in the order of preference. You can try all of them as they all offer a trial period before a user can decide to buy. 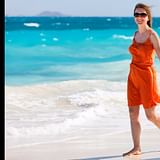