India has always been a country of great divides and contradictions. In the sporting landscape too, such divides and contradictions are prevailing now. On one end, glamorous leagues representing various sports are bursting onto the scene, penetrating deeper into the fan base, and bringing in all the heavy duty sponsorship into the sport. On the other hand, there is the underbelly, where sportspersons of yore and that of the current generation are struggling to make the ends meet. They are getting crushed under poverty and struggling to get even two square meals a day.

This is just one side of the story, where our country has failed to produce lucrative jobs for sportspersons, and the value which they bring to the table hasn’t been truly recognized. Largely, our country has failed to create a thriving ecosystem where players, coaches, scouts, physios, academies, and tournaments are interconnected and proactively reacting to one another’s requirements. And that too at every stage of a sportsperson’s life, be it school, university, state, or national level.

The founding stone of sportsbrick.com was laid, to realize such an ecosystem, facilitating the right opportunities to people in the sporting field, at the right time. So that an aspiring kid can seamlessly develop into a finished product, without making compromises along the way. So that for a kid, a sport no more remains a means, but an end in itself.

“Do you know what my favorite part of the game is? The opportunity to play.” -Mike Singletary

Moreover, with a platform like Sportsbrick, the participants in the sporting universe can both learn about and learn from one another, therefore effacing all kinds of misconceptions that exist. For instance, people or budding sportspersons are unable to distinguish between the roles of a regular physio and a sports physio, particularly in India. Reason being, there is no platform where people can connect with sports physios and understand the nuances which make them different from regular physios. This is the primary reason why they don’t consider India as a thriving market and flow away at the first given opportunity.

So as the visionaries behind Sportsbrick, we wanted to create an online presence for not just physios, but for coaches as well as scouts, so that they could not only get jobs but also help amateurs in making it to the next level. So that they could prevent budding athletes from being misguided and mislead. And this is something we have successfully materialized too.

Inspiration is the seed behind any story that revolves around Sports, and ours is no different. Apart from our own experiences with the anomalies that are prevalent at the administrative level, there are some heartbreaking stories of failures that moved us immensely.

One such story is that of Shanti Dev, who was once a pro kabbadi player who made her debut for Bihar in 1976. She represented the state in 10 National Tournaments and even captained her team in 1983 and 84. She even won a silver medal in the Guwahati National Kabaddi League.

Tragically, her life was reduced to being a Vegetable Vendor in Jamshedpur. The Telegraph in 2004, reflected on her plight, but even after 15 years, there is not an iota of change in her situation, and unfortunately, she remembers her playing days with a lot of bitterness, and we can’t blame her either. All the assurances made by politicians to her regarding a job have turned out to be empty.

We won’t be surprised if high flying kabaddi leagues of today don’t excite her.

Another story is that of Rashmita Patra who once had a glorious potential as a Football player but simply plummeted into being a Betel shop owner. She played in numerous state and national level tournaments. She represented India at the Asian Football Confederation (AFC) for the under-16 women’s qualifier at Kuala Lumpur, Malaysia, 2008.

In 2010, she was part of the winning team (Odisha) at the National Women's’ Football tournament (under-19), in Cuttack. Again in 2012, her team won the Senior Women’s Football championship in Bhilai.

Unfortunately, she couldn’t balance her love for Football with the essentiality of education, as she even overlooked her matriculation exams. Being married to a guy with an unstable job, it became tough for her to make the ends meet. Long time back, she gave an interview to HT, in which she explained how her love for the sport was trampled by financial constraints.

She said and we quote ‘Football is in my blood but poverty has nipped my career in the bud’.

So what we essentialized from all such stories was, there is not enough decentralization in the system, and there is no channel through which every happening related to sports can be funneled to the concerned individual. Even the scouting system is unscrupulous to some extent, as players don’t have that one to one connect with people at influential positions. So everything remains ambiguous and opaque.

“One man practicing sportsmanship is far better than a hundred teaching it.” – Knute Rockne

Although the camaraderie among players and the people responsible for sporting facilities is decent, but still there is lot that needs to be done. The pain points of athletes are still not truly understood.  Instead, few unscrupulous elements use their muscle to influence selection at National Camps, Bilateral Tournaments, and even International events. They even pave way for specific players, to get access to specialized coaching.

So obviously there is a lacuna, and SportsBrick is filling it, by being a meeting ground for some of the finest coaches, upright scouts, and players, so that there can be direct communication and utmost transparency. Also, by being constantly in touch with people that matter, players feel motivated and assured.

The enthusiasm to play a competitive sport germinates at the school level. But still, that space is filled with hobbyists. For kids to realize that they are not merely hobbyists, a meticulous coaching eye is needed. So once they are out of the school, there is a lack of intent and awareness related to coaching standards, academies or tournaments that they should ideally avail or be a part of. In fact, around 82% of individuals leave the space of competitive sports between the ages of 15 to 18 years. This number even worsens for females.

Mostly, young sportsperson ends up being in wrong hands, or hands that are simply not equipped enough. The right aptitude for a sport is not developed, which leads to a loss of interest. Moreover, there is no platform which a young athlete can browse and search for relatable career opportunities so that he or she can financially support her sporting journey. Sportsbrick has made it possible for every young or even seasoned sportsperson, to keep an eye on both career-thrusting tournaments, as well as upcoming job opportunities.

In a way, SportsBrick is becoming an agent of awareness. We have brought the excitement of networking and socializing into the sporting community, where people can now touch each other’s lives and develop empathy. Both these aspects are crucial for any community to thrive. With India’s demographic dividend, the envelope has to be pushed, and Sportsbrick is slowly but surely doing that, in its own way, by giving direction to youthful energy. 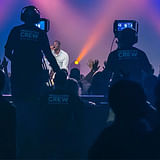