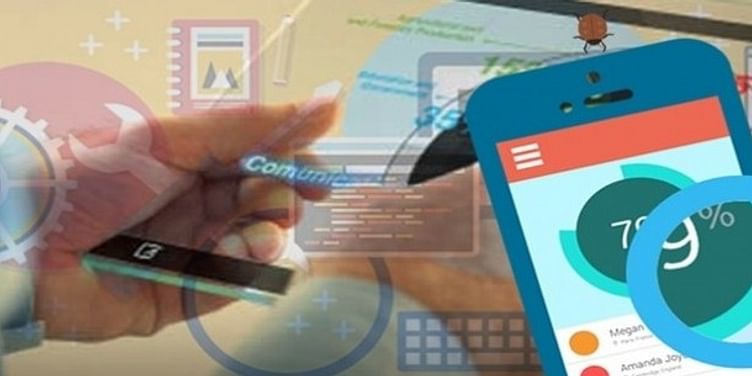 There are billions of smartphone users globally and millions of mobile app developers working day and night to offer some of the best apps. The mobile app ecosystem is huge and grows rapidly as the technological advancement takes place. If you consider the stats from Statista, 2017 witnessed downloads of 197 billion mobile app, which is certainly huge. Be it the iOS or Google app store, the number is set to increase by the end of 2018. From gaming apps to messaging apps, there are mobile applications for every step of our lives.

In today’s competitive market, rarely any business venture can think of start functioning without having a mobile application.

In a nutshell, we can easily understand the importance of mobile apps in our daily lives. However, many times we come across several poor reviews on different app stores related to inferior performance and crashes along with battery drainage issues that can subsequently result in deletion of those apps. To bring these issues, a strong emphasis should be given to the testing of mobile apps. However, there are many other reasons for which mobile app developers should think about focusing on the testing of mobile apps.

Before getting into its importance, let us first check different of testing a mobile. Mobile app testing is a pretty broad concept to understand and need to break down into different steps:

In this process, developers run the automated tests targeting narrow part of the application and its behavior.

This testing is performed by Quality Analyst team or automated UI testing framework to trick as well.

For this type of testing, developers use profiling tools including CPU or heap. Also, the mobile beta testing solution is applied to gather data and check the complete performance of the application.

To Ensure Success of a Mobile Application: It is somewhat difficult to please mobile users, as compared to PC users. Devising and concentrating on a workable test plan helps to make sure about the success of a mobile app. Most of the pieces of software are developed for a specific type of system and so the performance checking is crucial.

To Fulfill the Public Demand: An interesting fact is that mobile users are impatient, unlike PC users. Desktops and laptops are there for decades and a large number of users have been witnessed in several stages of technology. But with the passage of time, mobile phones have become handy and thus mobile device users consider mobile devices more personal, as compared to personal computers.

To Protect Brand Reputation: Mobile app developers should always remember that through a faulty app, they can lose customers and thus their brand reputation can also get affected. Nowadays, people have become tremendously tech savvy and they share their experience in different review websites. Naturally, negative reviews will be posted by users for a buggy mobile app. To avoid such possibilities, thorough testing needs to performed before launching a mobile app.

Real Device Testing: This particular testing provides a guarantee of an in-depth functionality analysis. Testing should be performed on real mobile devices so as to acquire accurate result for that particular app. It also ensures proper working on a specific gadget for which it was developed. This testing is also required to ensure an appreciable user experience.

There is no second thought that mobile application testing is the most important stage conducted before releasing it into the market. Developers with modern testing tools can conduct the process not once, but twice and thrice before getting a green signal. Therefore, it is very important to test each and every mobile app prior to their launching, so that users don’t face difficulties while using them and the enterprise preserves its brand reputation.

To get more details visit our app development blog post.