An ordinary guy from an ordinary family, son of a handicapped and highly determined man never knew that he will be making his dream true in the form of multitasking production house Adi Shakti Productions .

The City Beautiful Chandigarh based guy Snehil Sharma, who has been accomplishing him in multiple skills right from childhood. Since, school days he was participating in dramatics, theaters and dance events, though his parents and other members of his joint family wanted him to be an officer in some bank or army. With many slips in studies including a supplementary in 10+2, he yet became topper of college while graduating in computer applications in SAS IIT College, Mohali. Aside academics, He was with a theatre group called Navyug theatres and accomplishing kathak dance skills. He has played variety roles in Ramleela event too. Under his teacher, Mr. Pradeep, he performed Shiva, Narad, Sita, Swaroopnakha and Kakai continuously for 7 years. He is known as one of the most talented theatrical performer in the city. His parents especially father was never interested for Snehil to be in entertainment industry. So Snehil chose digital media as his professional field but one incident turned everything in his life and that was just to accomplish his hobby of dancing. He opened a dance academy naming “Adi Shakti Nrityashala” nearby his residence. Due to wide versatility of his skills like acting, dancing, script writing, he was having more than 55 students. He was teaching them for free. He has organized a well warmed Janamasthmi festival and that was a hit in Chandigarh the City Beautiful.

Thereby he launched “Adi Shakti Theater and Dance Group”. He organized many theatrical shows and then by joining hands with “Akhil Kumar Yadav” from Inside Motion Picture, he started up with a venture called “Saksham – Everyone is Capable”, to which he is directing and producing. Snehil Sharma has faced much turmoil in his life, while making of Saksham, he tied a life knot with a girl but it was unsuccessful. He faced much financial debt at home, both for marriage and divorce that even affected filming of Saksham. But he was determined to make Saksham and restarted its filming by the end of November 2016. Snehil Sharma is very spiritual too and firm devotee of Adi Shakti, that’s why he named his production company after her. He had a research with Gurukul students from Kangri, Haridwar on Indian Scriptures. So this result him in connecting deep in media professionals and last but not the least, He is an adherent student in terms of spirituality of Gurudev GD Vashist, the first Indian Astroscientist, and firm Chief Representative of Red Book Astrology.

Finally, working in short films as an actor and director, and with a collaboration of some professionals from same background in Delhi, he has now allied with a production agency called “Adi Shakti Productions” in Gurgaon. He has now started his new venture called “Yelo Banana” in association with Adi Shakti Productions and allied event company called “Talent Endorsers”. Yelo Banana is presenting its first micro movie “CRIME AGAINST MEN” on 29th December 2016, but there will be complete short movie with the same theme.

There are many individuals who are talented and want to use their talent as profession. But they never able to show up it unless they have not been given a platform, but people like Snehil Sharma, are few of those who create platforms for themselves. Let us wait for Saksham Telefilm and critic his talent . 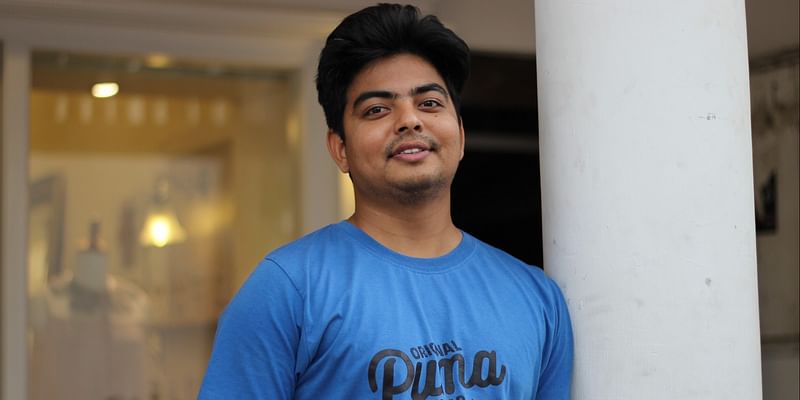