Evolution of software outsourcing in India 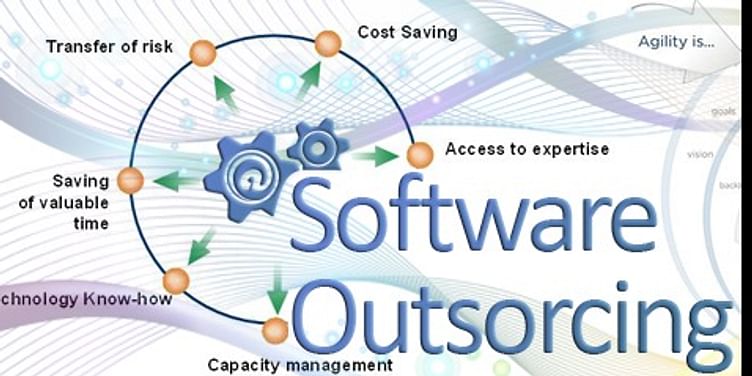 Likewise customized software, other software services also face the challenges and limits to offshoring. Few limits are physical, such as the requirement for proximity to enable hardware installation and support services.

Likewise customized software, other software services also face the challenges and limits to offshoring. Few limits are physical, such as the requirement for proximity to enable hardware installation and support services. In spite of those other kinds of limits may also exist, especially if tacit (un-codified) knowledge is to be shared and exchanged. Technological advancement and development may change these limits.

• For instance, the invention of the router results to the creation of data centres, thus reducing the requirement for on-site storage hardware and support services.

• Likewise, the Internet has facilitated the remote installation and maintenance of software.

The term “Independent Software Vendor” in short ISV has revolutionize the software industry after this concept was introduced by IBM back in 1969. At that time, it is used to unbundle its mainframe operating systems (OS), application software and hardware by creating and standardising open standards. This decision led to some major changes and subsequently:

• While others outsource the work

This implies that a company might purchase system level component software products from outsourcing firms while developing its own application. There was a major shift from external data processing and managed services to in-house hardware at the start of the decade.

In early days, firms developed their own software. But as the 1970s get passed, hardware and software became more complex making in-house software development and management more difficult. This led to the outsourcing of system integration and then to the sourcing of system level and applications products. The move to outsourcing customized applications was due to the failure of industry specific products to meet the demands of the more sophisticated users, especially the large banks and business cooperate houses.

In the 1980s, the most revolutionized invention of the decade “Personal Computers” in short PC’s were invented. The Wintel standard became established by the mid-1980s, which results to the decline in hardware prices and rising demand for software applications. On contrary to mainframes, the PC was for retail and naive users, who were reliant on product software. The PC of the 1980s lacked both the programming capacity and performance needed by enterprises. Hence, it had no impact on the custom software business and impacted the software outsourcing in India.

Mindstick Softwares is an outsourcing company in India serving clients across the globe since 2010.

The workstation, introduced in the mid-1980s, had the capability for stand-alone programming for mainframes. The widespread adoption and acceptance of Unix and C as the operating system (OS) and programming language for all computers, jointly with the workstation (in short, the U-W standard), revolutionized the ISV domain. An ISV could now own a workstation made by any manufacturer, yet write and implement programs for a user whose installed hardware might be of a different brand (even a mainframe). In other words, programming became platform independent or modularized from the hardware component. With the commencement of 1990s, the success of database software (DBMS’s) packages further simplified the creation of applications software.

8 Self-Assessments You Need To Enhance Your Productivity This Year

5 Global Trends that will affect Students in 2020