The train stopped at Madgaon Station in South Goa; my ride with Krisha and Yash was about to end. It made me nostalgic to say goodbye to my new Indian friends, with whom I had also shared 5 hours traveling by train from Gokarna.

Goa was rainy; it was the monsoon season. That was my welcome: getting off the train and immediately opening my umbrella.

We all ran to find protection under a nearby roof, but I was delighted: my first train trip had come successfully to an end. AAO Hostels made sure every step of the way that everything that happened around me was a great gift. 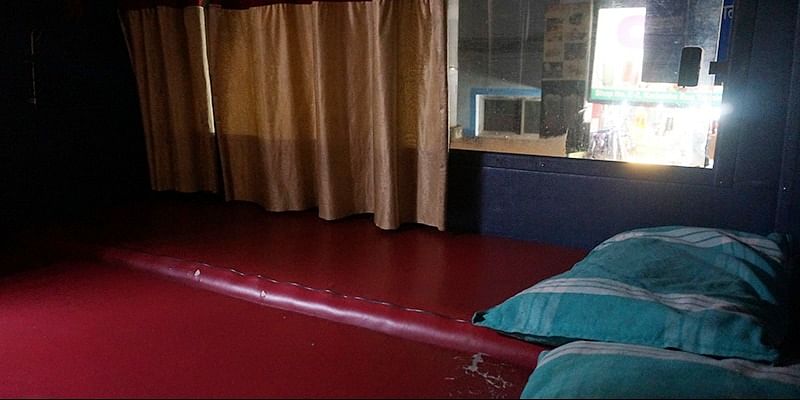 Goa is one of the twenty-nine states of the Republic of India. Its capital is Panaji.

The western part of Goa is bordered by the Arabian Sea, which explains why the beaches of Goa are one of the most popular tourist destinations for foreigners and nationals alike.

Goa was the representation of Portugal in India, and was also a center of evangelization during the sixteenth century.

The churches of Old Goa were declared World Heritage Sites by the UNESCO in 1986.

By air: It is well connected by daily flights from Chennai, Mumbai, New Delhi, Hyderabad, Cochin and Bangalore.

By bus: There are a number of public as well as private bus operators in Goa, which offer options for intra-city and inter-city transport. KSRTC, MSRTC and KTC are some of the government-owned bus companies that operate out of Panaji, Madgaon and Vasco Da Gama. Goa has daily bus service to important cities like Mumbai and Pune.

By train: The two major railway stations in Goa are Madgaon and Thivim, which offer train routes all over the country.

By sea: A catamaran service between Mumbai and Goa was started by Damania Shipping in 1994, using a beautiful Scandinavian-built vessel. It used to travel around 40 km offshore, giving travellers a glimpse of the palm-fringed Konkan coast.

This service, however, was discontinued in June 2004.

Within Goa: Hired motorbikes, moped, scooters and bicycles are very economical modes of getting around Goa, especially in its interior. These are available to rent in the cities as well as near most beach areas.

The Government of Goa’s Department of Tourism has an updated website with useful information about the city.

The website includes aspects such as lodging, transport, maps, medical centers, consulates, weather and regulations, as well as events.

Once you have entered Goa, there are many tourist agencies offering guides and tour services. Finding the right one depends on what you prefer. The explanations of the locals are great treasures that teleport you into their daily experiences. However, the city is also ideal for walking riding around on a motorcycle by yourself and simply appreciating every detail that the city hides.

Goa is a city that, besides having beaches, also generates a festive atmosphere around them with restaurants and bars that enliven the area’s peaceful coastal style.

The town was conquered in 1510 by Afonso de Albuquerque, the first Portuguese viceroy, which allowed the Jesuits, Franciscan missionaries and other religious orders to settle in Goa in the 16th century, turning the city into one of centers Catholicism in India.

The influence of Catholicism in the region is evident in its splendid and innumerable collection of cathedrals and churches.

Serenity and Fun for Everyone

The coastal environment is relaxing; the music of the sea is one of the best forms of therapy, coupled with the sensation of peace that one has when lying under a palm tree listening to the sounds of Goa.

Goa is for everyone! For the family with children who want to build sandcastles, for 20-somethings seeking a vibrant nightlife, and for adults looking to get away from the crowd and feel the fresh sea breeze on their face. 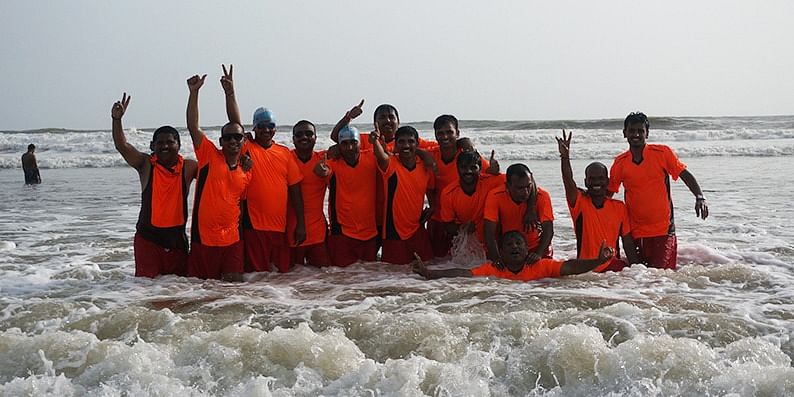 The tropical climate of Goa usually hovers between 24° C and 29° C throughout the year. However, in May the temperatures are slightly higher, rising to around 33° C.

The monsoon season, lasting from June to September, is the time when tourists can take advantage of the best hotel discounts, in addition to appreciating the lush vegetation that flourishes in the region.

Goa is known as the city of beaches, among which the following are generally grouped in the top 5:

● Mandrem Beach: To the north of Goa, this beach is one of the best kept secrets of the smallest state in India. With a relaxed, laid-back atmosphere and views that delight one’s eyes, Mandrem Beach is a favorite place for honeymooners.

● Agonda Beach: South of Goa, this beach welcomes all types of travelers—from backpackers and sportsmen, to people who just want to sunbathe and meditate. Agonda Beach has something to offer to each type of tourist.

● Baga Beach: South of Goa, this beach is famous for water sports, parties and an incredible nightlife accompanied by delicious seafood. The National Windsurfing Championships are held on Baga Beach every year from September to November.

● Candolim Beach: North of Goa, this beach is ideal for those who like to skip the crowds and find more solitary places. In addition to being one of the longest beaches in Goa, another interesting feature of Candolim Beach are the dunes located at its farthest point—one of the many reasons tourists go to visit.

● Cavelossim Beach: South of Goa, located at the mouth of the Salt River, this beach is particularly lovely due to the contrast of its black rocks against the white sand.