What happens when you stop using your trademark? A look into the murkier waters of Trademark Law

The mantra to keeping your trademark alive and maintaining its strength - Use it! And use it well! 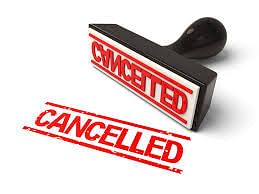 " />Have a trademark registered in the books?

Well then, use it or be prepared to lose it.

It is quite inconceivable to think of such an ultimatum when it comes to the hard-won exclusivity you gain with the registration of your brand’s trademark, only to lose these trademark rights in totality because – you did not care to use the trademark.

In India, section 47 of the Indian Trademark Act provides for the procedure of rectification of the register through which a party can apply to remove a registered trademark from the register.

Two kinds of scenarios make way for this procedure-

• If it is proved that the trademark was not registered with a bona fide interest and was not put into use three months prior to the date of the application;

• If the mark has been in a state of continuous non-use for a period of 5 years from the date it was registered.

As per the Act, any aggrieved person may file for rectification before the Registrar or the IPAB – basically, any person who may be substantially or materially affected upon removal of the mark from the register and would be visibly prejudiced if the mark remained.

However, rectification/cancellation is not the only procedure for getting the mark removed. Interested parties frequently file trademark opposition as well when it comes to disputed marks.

What constitutes “use” and subsequently, “non-use” of a mark?

One of the earlier 2003 Supreme Court rulings on the issue, sheds considerable light on what the term ‘use’ meant in the context of trademark registrations. In the case in point, Hardie Trading Ltd. vs. Addisons Paint & Chemicals Ltd., the Court laid down that the word ‘use’ may include actions other than actual sale of goods or services, and while it may be “non-physical”, it must be “material”.

This is somewhat in line with what is considered to be “use” under other international trademark laws, with certain key deviations. For example, under EU law, use of the trademark needs to be genuine and “not a mere token use”; meaning thereby, it must be backed by adequate documentation reflecting the use of the mark in connection with all goods/services for which the mark has been registered.

The USPTO too, as per 15 U.S. Code section 1127, mandates that “use” must be “bona fide use of the mark in ordinary course of trade, and not made merely to reserve a right in a mark.”

It is interesting to take stock of the stringent measures the US trademark law has in place for entertaining trademark applications. Under this system, the applicant needs to prove “use” of the mark by verifying in writing such use with respect to each and every good/service mentioned in the application, accompanied by specimens for each class covered therein. This requirement stands for both use-based and intent-to-use applications, the only difference being the timing at which these documents may be filed for both applications.

Not only that, both domestic and foreign registrants need to file an affidavit between the fifth and sixth year from the date of registration and once again, at the end of the ten-year period stating ongoing use of the mark for each and every product/service falling thereunder. In the event that these mandates are not followed, the trademark registration will be cancelled.

The Indian trademark law is far more laidback in comparison and certainly takes a broader view of “use” of the mark. For starters, rectification/cancellation procedures can only take effect when there is an objection to the non-use of the mark by a third party. Standing as it is, registration does not get cancelled, even though the mark may not have been in use for a considerable period of time, since registered trademark owners in India are not required to periodically prove ongoing use of their marks in order to maintain registration.

Aggressive promotional activities undertaken in pursuance of the mark are sufficient to constitute “use” of the mark and can substantiate an intent-to-use application even when the same is not supported by actual sales or existence of the trademarked goods in the Indian market, as held in N.R. Dongre And Ors. vs Whirlpool Corpn. And Anr. The U.S., on this front, takes a much narrower view of how far promotional/advertising materials may be used, and categorically does not encourage the same as point-of-sale displays unless additional evidence is furnished in this regard.

What is remarkably noteworthy is that Indian trademark law does not quite specify any threshold need to be met for establishing use of a registered mark. Cancellation actions many a time do not bear the intended fruit, simply because the proprietor owning the disputed mark has acquired a trans-border reputation, something new entrants in the business sphere cannot hold up against. This was seen both in the Pfizer Products and the Toshiba Corporation cases, despite the fact that in at least one of these instances sale of products could not be established.

When stacked against mandatory use of the mark in US commerce by foreign registrants within three years of registration, the Indian system definitely presents a sea difference.

That is not to say the Indian Trademark Act permits more laxities than encouraging more adherence to rules. In the past, the Supreme Court has taken a serious view of traders/manufacturers obtaining registrations for a wide variety of goods and services under numerous classes, despite trading in only some of them (Vishnadas Kishendas Vs. Vazir Sultan Tobacco Co. Limited) and ordered for subsequent rectification.

In a few other instances too – the case of Burger King, Cadbury as well as that of M/s Pops Foods Products (P) Ltd. vs. M/s Kellogg Co., the courts and the IPAB have repeatedly struck down registrations on the grounds of non-use, irrespective of the global reputation these brands enjoyed.

Exceptions to such “use” do lie as special circumstances under clause (3) of section 47, the Indian Trademark Act, excusing non-use of marks, just as they do under trademark laws in the European Union and the U.S. And while this may offer some measure of protection to parties not using their mark, the verdict stands unanimous – the best protection is accorded to trademarks that are actually in use in commerce. Not just use, rather bona fide use in the ordinary course of trade.

There remains very little that can be done once the opposing party initiates rectification/cancellation proceedings.

However, removal of the mark from the register can be prevented if the defendant submits adequate evidence of usage of the mark. Providing an affidavit of actual usage of the mark every five years (as is done in the U.S.) is a step forward in this direction and can obviate cumbersome litigation proceedings.

Then again, one may take advantage of the special circumstances enumerated under Section 47 (3) to put up a solid front such as lack of demand for the goods, import and wartime restrictions, etc.

The best thing to do would, of course, be to use the registered mark in continuation on all goods/services covered in the trademark application in a visible manner; where the same is not possible, the use may be intermittent so as to not appear completely unreasonable in the eyes of the law.

Even where use of the mark has slowed down for a considerable period of time, constant policing/monitoring of the trademark is necessary to ensure third parties do not jump on the chance and steal your trademark. This can be done by looking out for possible trademark infringements in your particular industry or even a related one and relying on trademark watch services.

Additionally, it would pay to document all activities undertaken in pursuance of re-launching the brand, applying new marketing strategies, finding new investors/distributors, etc. during the time your mark is not in use. The key is to remain vigilant about your trademark and all that it entails, failing which it will only amount to a massive waste of time, money and resources at your end.