Journey from No Where to Guinness Book of World Records.... 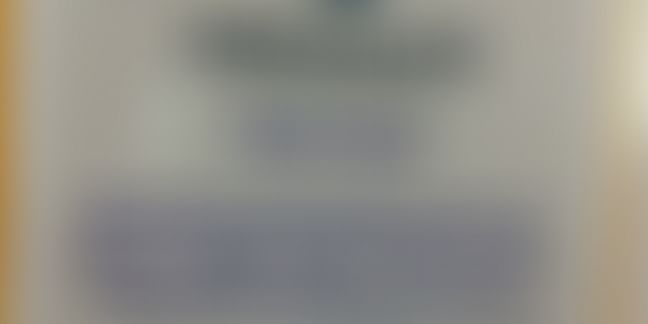 A social worker Ramini Uppal contributes her best towards needy ,still feels she has so much to do for the welfare of girls and women.

Journey from No Where to Guinness Book of World Records

A social worker Ramini Uppal contributes her best towards needy ,still feels she has so much to do for the welfare of girls and women.

Ramini Uppal , a middle class entrepreneur , a NGO freak and a mother of two is a inspiration and lot more can be learnt from her.

Ramini Uppal believed in serving people and that she started from childhood, a daughter of a prominent lawyer in Amritsar, Ramini wanted to become an active social worker since then, though she didn’t got opportunity in that.

Ramini got married in 3rd Feb 2001 to Suresh Uppal , an electrical engineer and had a computer business . Ramini’s name was changed to Shiba and she started a fresh new journey in Bangalore, her husband supported in all her ventures.

Initially, there was tremendous pressure from her family’s side , that why she wanted to do social work as she can easily do some business or management course but in the Ramini’s mind she wanted serve people..

One day, she saw some ladies crying profusely and she asked them, “Why you are crying ?”

They told her they haven’t eaten for 2 days and their husbands are drunkards. Panicked Ramini, she went to her kitchen and gave them a bag of rice to cook and other things. She saw so much pain in the eyes of those ladies that she made her mind, either it is now or never. That night was restless night in the life of Ramini, she was awake and then she woke up Suresh and told her plans..

He nodded and supported her in all her tasks going forward..

Ramini went on helping people and she had so many ventures and then she joined Rotary Club, where she got ample support and help from them.

There she did so many projects like Blood Donations, donations of various kinds and many more things..

But this was not enough for Ramini, she was craving for more, she wanted to work more for the underprivileged and then she went to open her school.

She gathered the amount and contributed her own, then she opened a school, it was a Government undertaking school and she supported that school building and then all the chirpy kids were around and she was happy about her success.

Ramini, an entrepreneur , a die heart social activists has learnt some important lessons in life , one is to serve everyone without expectations.

She says,” Expectations is the root cause of every problem and the inner tussle too , we should HOPE rather to expect.”

Her works had contributed to her fame also , though she rejects it completely and says ,”It is duty of everyone to serve poor and needy”

And so many programmes she had done in Bangalore and now recently got a name in World Famous Guinness Book of World Records.It is again for the good cause and the cause was Blood Donation.

The blood donation Camp held all over India and 3034 blood units was donated in the span of 8 hours.

I wish her luck for her future endeavours and wishes all of us be little more aware than only looking at our jobs, promotions, family and closed ones. Maybe this is the testing time for all of us, why see children sleep on roads on the cold dark njght, why lead children trafficking , I know these are tough issues to tackle but atlas we all can start somewhere at least and contribute… 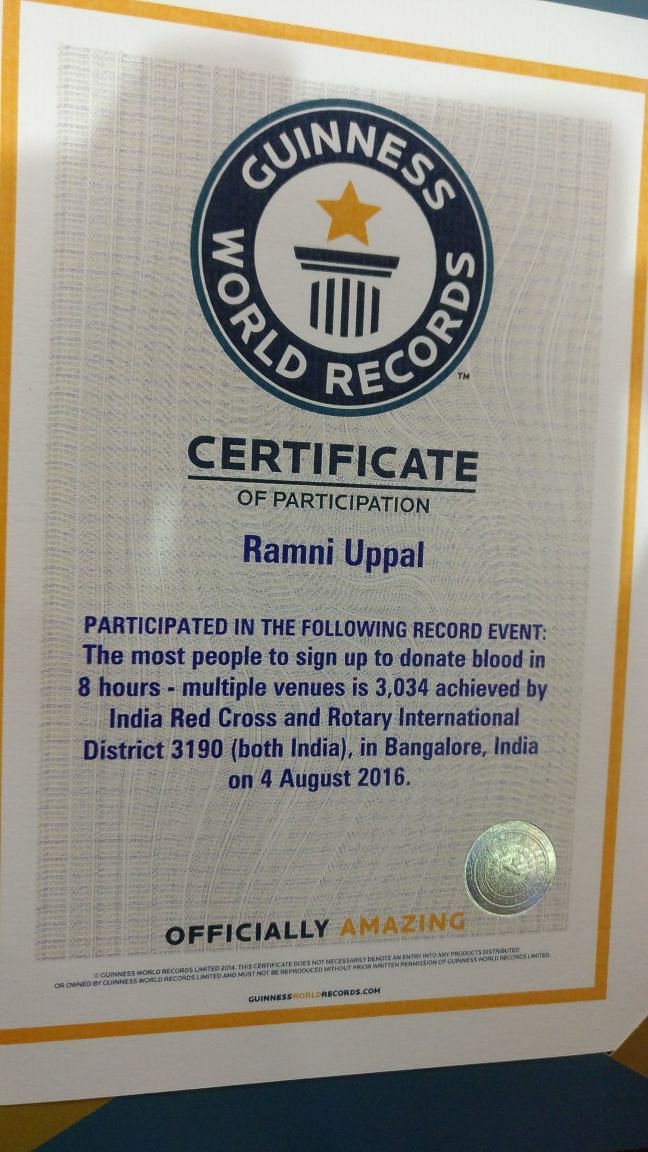 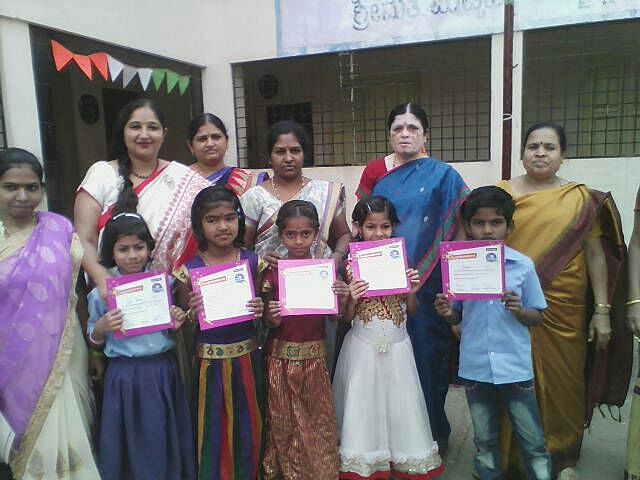 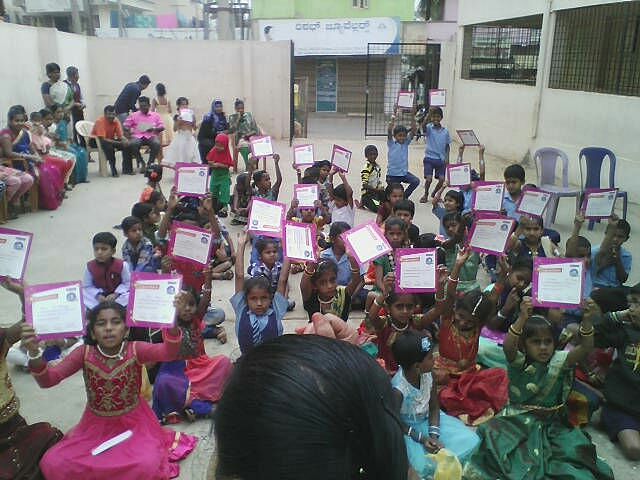 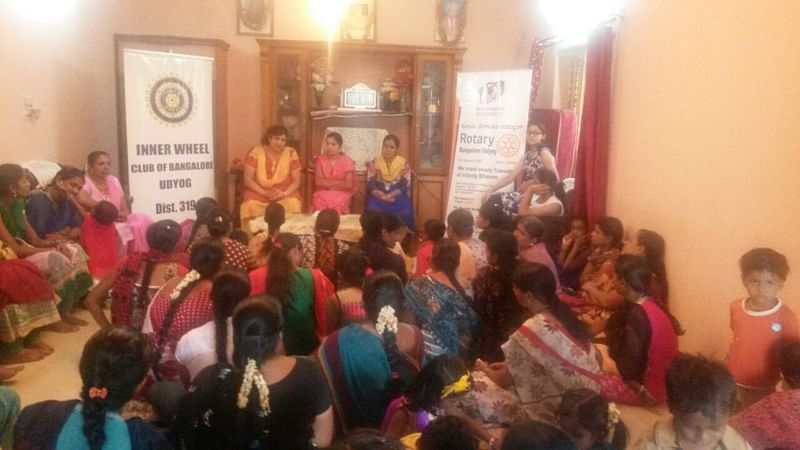 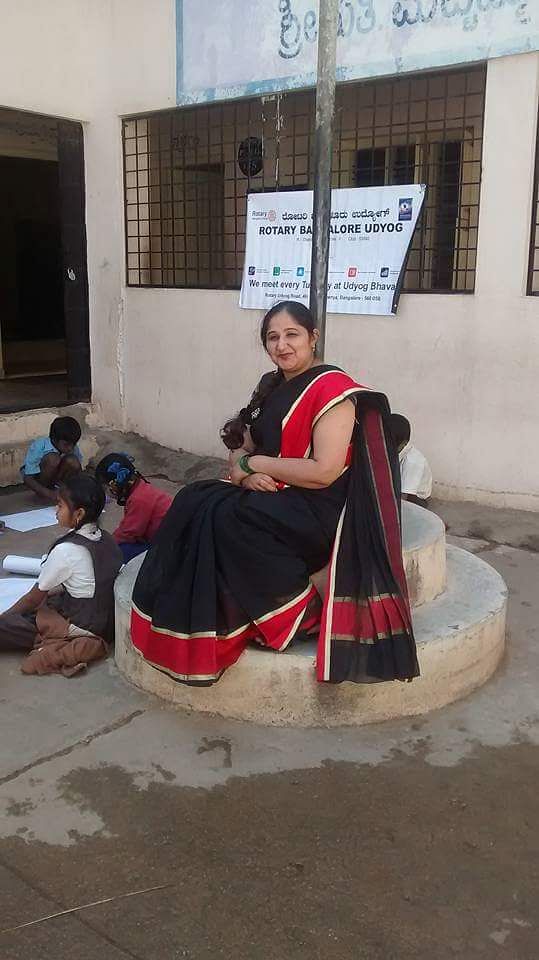