Blockchain — the good, the bad and the ugly 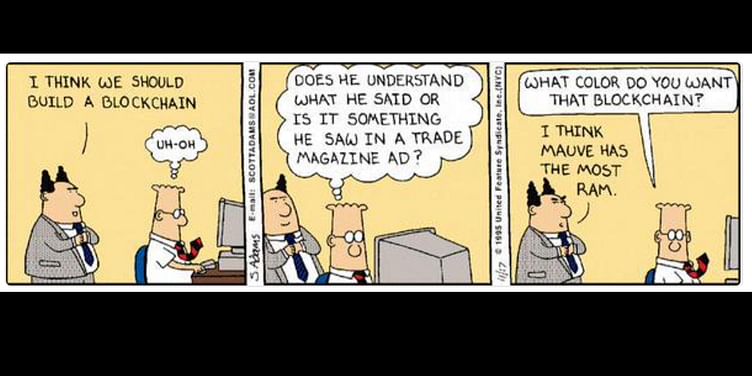 Demystifying the hype around blockchain. 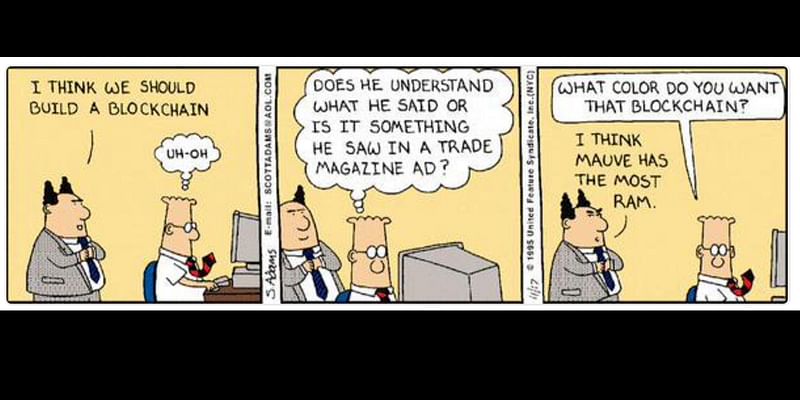 I’m a Blockchain Engineer, which means I develop blockchain based software for a living. But like all others working in this field, I cannot emphasis enough about the over-hype surrounding blockchain right now. It is being touted as the solution to all world problems including the refugee crisis. Blockchain is NOT a magic solution to all of humanity’s problems.

Blockchain technology works in some cases and can provide no additional value in some others.

Many people (and entire companies) use the word blockchain to imply some magical solution that ensures their data will never be wrong and that all stakeholders can conduct smooth transactions. Well, such a device does not exist, in the real world it does not.Technically speaking a blockchain is nothing more than a glorified linked list. In case you are not familiar with a linked list, just understand that blockchain is actually a subset of a database that has a few additional properties. Now these few properties are that the data is unique (consistent), it cannot be altered (immutable), it does not have a single point of storage or failure (decentralised) and that everyone agrees on the state of the database at any given point of time(canonical).

You too might be inclined to think that blockchain may hold the solution to all problems after reading the above paragraph. The immutable audit trail uncontrolled by any single party is certainly useful, but there are many costs to create such a system.

Once a blockchain system is deployed, it becomes really hard to alter any data. This sounds good, until you discover a bug that could potentially bring down the whole system. Now you have to change the code that powers the blockchain, not an easy task since the change needs to take place at every single node. This means that all such systems have to be designed with security and consistency in mind. They also have to be rigorously tested to ensure this.

A blockchain needs to be written to and checked thousands of times. The key point of blockchain is also one of its weakness — decentralisation. The cost of maintaining the data and verifying transactions is exponentially higher when compared to a traditional database. Organisations looking to ensure just a few properties of blockchain can achieve those by careful database design, this process is a whole lot cheaper.

Scaling any system is hard, now scaling a blockchain system is exponentially hard when compared to centralised databases. The reason is of course decentralisation. As the number of stakeholders grow so does the copies of the original data. The overhead of transmission, verification and storage is enormous especially if we compare it to a centralise database.

As I mentioned in the beginning of this article, blockchain is really good at solving specific problems. The central theme of blockchain is that it is really good at creating an immutable and decentralised database. This obviously means that the software or database must not change things around often. This is not how most of the companies work, they require upgrades, freedom to expand and ability to accommodate new innovations. They do not require a system that is hard to scale and hard to upgrade, which means that most industries have no real use for blockchain.

Bitcoin has shown us the power of blockchain and so does this refugee camp run by WFP. Blockchain is a powerful tool but only when trying to solve a certain type of problem.

Blockchain is the most popular buzzword in technology right now, second to AI/Machine Learning. Many companies are cloning existing systems and adding a ‘powered by blockchain’ tag to make it sound interesting. From my experience what most companies are trying to achieve is a decentralised system with the control of a centralised one. The desire is the best of both worlds, but what they end up getting is the worst of both worlds. Contrary to what the corporate PR machine wants you to believe, no company wants to empower its users and lose control of the data.

Blockchain is at its most hyped stage right now, and it is everyone’s responsibility to educate people about blockchain and truly understand it.

The article was originally published on Medium. You can read it here - https://medium.com/@stanly_johnson/blockchain-the-good-the-bad-and-the-ugly-d9903e7478ec