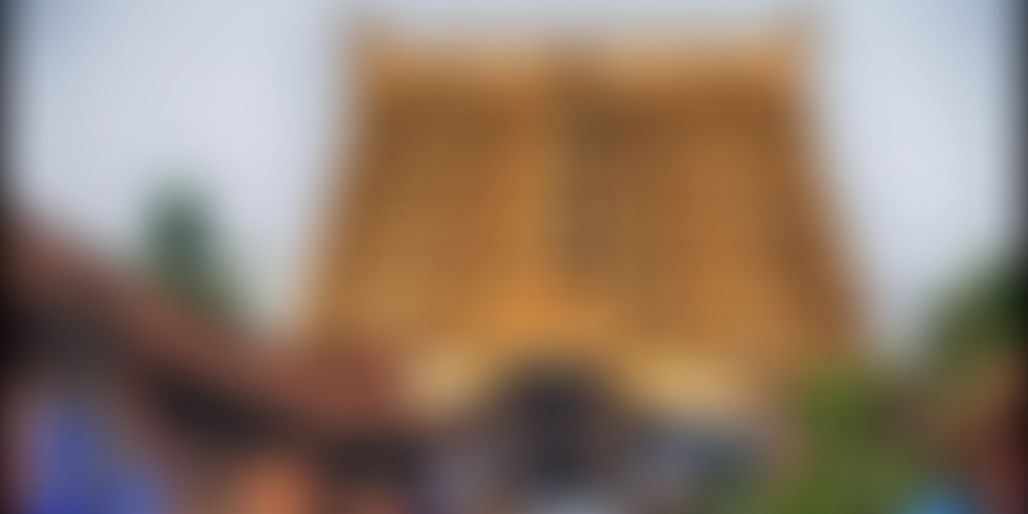 South India is a heavenly abode to magnificent temples and majestic monuments. My family decided to embark on a journey to visit these beautiful structures of art and culture. Our South travelogue consisted of the following cities- Thiruvananthapuram, Kanyakumari, Rameshwaram, Madurai and Trichy.

The first stop over was Thiruvananthapuram. We allocated one day to visit the “City of God” or the “Evergreen city of India” as referred by Mahatma Gandhi. Hence, we decided to take an early morning flight from Mumbai (my home), in order to have sufficient time to explore this city.

Thiruvananthapuram, formerly known as Trivandrum, is the capital of Kerala (God’s own country). This city is geographically located on the west coast of India, near the extreme south of the mainland. Being India’s largest city in deep south, it is strategically prominent and hence hosts the Southern Air Command headquarters of the Indian Air Force.

This temple of Lord Vishnu is a must see landmark in Thiruvananthapuram. The people of this city talk about the religious importance of this temple with utmost devotion.

A tour guide is a good option to understand the temple and its history in entirety. ‘Thiru-anantha-puram’ means the “City of Lord Ananta”. That is how the city has got its name from the deity of Sri Padmanabhaswamy temple. ‘Anantha’ is the serpent on whom Padmanabha or Lord Vishnu rests. The deity is visible through three doors- the face of Lord Vishnu who is seated in a reclining position with Shiva Linga underneath his hand is seen through the first door; Brahma seated on a lotus emanating from the Lord’s navel, hence the name, "Padmanabha” through the second door; the Lord's feet, through the third door. Only the King of Travancore can perform sashtanga namaskaram in front of the Lord’s deity. It is believed that anybody who prostrates in front of the deity, surrenders all that he possesses to the Lord. 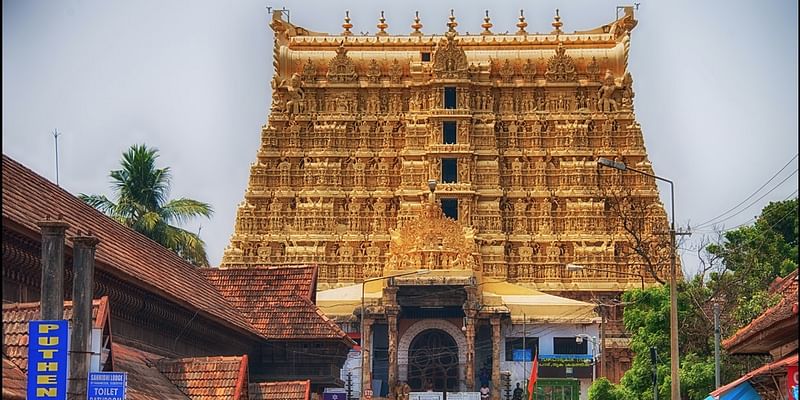 The beautifully carved 365 and one-quarter sculptured granite stone pillars that line the corridors of the temple are testimony of architectural masterpiece. Women and men alike are supposed to adorn a white dhoti before they step into the temple.

It is the richest Hindu temple in the world. This temple is fascinating because it has been shrouded in mystery and fear for many years now. It is known that billions of worth of gold and jewels are stored in underground vaults of the temple. The rumour is that enormous cobras protect the innermost chamber of this temple, which is believed to house the main chunk of the treasure. Legend has it that anyone who opens the vault will be met with disastrous results. This temple is guarded by police officers in mufti round the clock.

After a visit to the temple, our next stop was the Padmanabhapuram palace. This palace is located in Kanyakumari District, Tamil Nadu but the Kerala Government maintains it.

When you look at the palace from outside, it gives a deceptive view of being small but is really big when you take a tour around it. There are staffs designated at each of the main areas of the palace to explain details to the tourists. It is like a guided tour.

This palace features in the Guinness Book of World Records for being the largest wooden palace in the world. The floor of the palace is coated with an ayurvedic mixture to help keep it cool in summer and warm in winters. This palace was residence to the Travancore royal family for a long time before they moved to Trivandrum.

Poovar backwaters and Kovalam Beach are other main attractions that the city has to offer. We couldn’t visit them due to time constraint. Our next destination was Kanyakumari.

Kanyakumari is located 95kms from Trivandrum and the best way to reach here from Thiruvananthapuram is by road. After a comfortable drive, we reached Kanyakumari by evening.

Kanyakumari is India’s Land’s End; the southern most tip of peninsular India. Here, is the ‘Triveni Sangam’, where the Bay of Bengal, The Arabian Sea and the Indian Ocean converge. This place holds immense religious importance among the Hindus.

We decided to visit the Bhagavathy Amman temple that evening and spent some relaxing time at the seashore facing the beautifully lit Vivekananda Memorial.

Later that night, we spent some time at the Kanyakumari beach visualising the beautifully illuminated Thiruvalluvar statue and the Swami Vivekanada Memorial, which are about 400 metres offshore. It is a spectacle to behold and is a treat to the eyes.

How to assess a Java developer skills while hiring?