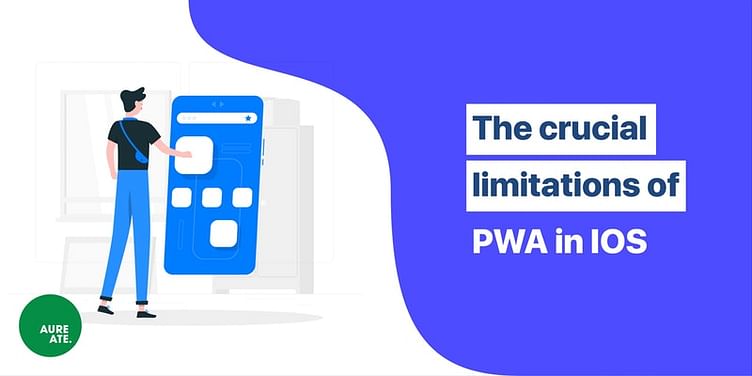 For the last two years— Apple has given PWAs enough capabilities to compete against Google and Microsoft's version of PWAs. But having done all that— the PWAs based on iOS still lags certain essences of the PWAs available in the market.

For the last two years— ﻿Apple﻿has given PWAs enough capabilities to compete against Google and Microsoft's version of PWAs.

But having done all that— the PWAs based on iOS still lags certain essences of the PWAs available in the market.

It will be interesting to see how Apple overcomes these limitations in the upcoming updates.

For the time being— let's check out these significant limitations of PWA in iOS that's stopping it from going big in the market.

Limitations of PWA in iOS:

There are a few more PWA limitations in IOS which are subduing Apple to set its foot straight in the web-world, but going by the last two updates— we are pretty sure that Apple will cover major demerits of its PWA.

We think it's listening to us and that's why it's consistently working on service workers, and the web app manifests. It's that time of a web app history when Apple has finally decided to lock its horns with ﻿Google﻿and ﻿Microsoft﻿at least when it comes to PWA.

Limitations are there in every technology we have, PWA-iOS is no different.

The gap between pwa and ios is getting narrowed down, sooner than later we will have fully functional PWA for IOS with lesser limitations. Till than we can build and enjoy what we have at present.

Thanks for going through this post and if you enjoyed please appreciate. Also you can bookmark this space as we will keep publishing more on PWA and Digital Commerce.

See you soon on our next post, till then take care.