A heaven in mid of concrete jungle 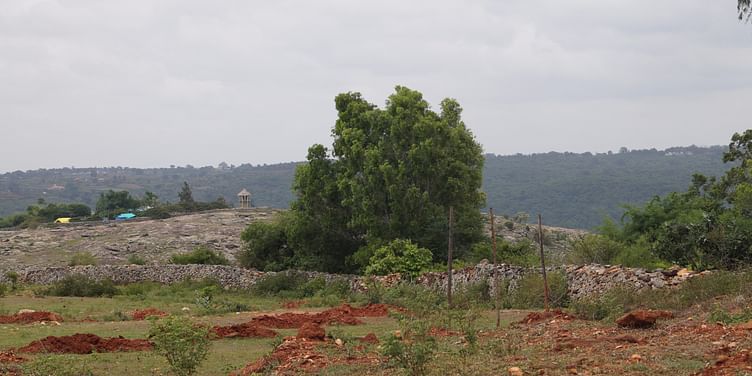 The adventures place in Bengaluru 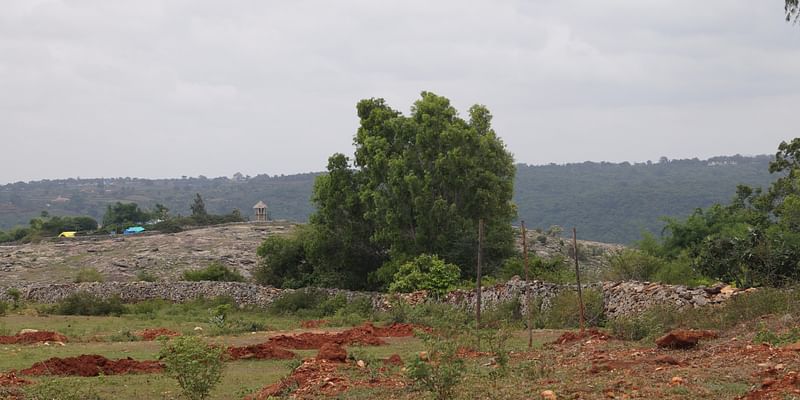 A heaven in  Bengaluru

The clock was ticking and ticking and telling it was 5:30 pm. One of my friends suddenly called me and said we are going to a natural sanctuary in Bengaluru. The date was 19th June 2017 after hearing this word I thought I am in a dream because my mind was questioning how a natural sanctuary is possible in the concrete jungle? Wherever you go in Bengaluru two things are easily available one is a concrete jungle and another is a traffic jam. Thus, first time I heard word mountain, natural beauty which has become rare of the rarest word these days for Bengalurian. Anyhow it was our group's decision so half heartily I believed it and started the journey. Without any preparation, we were going for mountain ride because most of us were not convinced about the natural mountain ride is possible in Bengaluru. It sounds awkward for you too, right? I and my 15 friends took the bikes and started the journey to reach the mountain. When we reached near to destination we saw a small forest and realized, we were correct that no way to have a natural mountain ride in Bengaluru. Why I am emphasizing word natural mountain ride because these days anything is possible in the artificial era. Time is coming very soon when people will be eating artificial food. Anyhow, we parked our bikes and told our heart that all is well because we could see only a small forest with some bush and trees. We followed our instructor. He was leading us, after few 100meters we saw some vertical ride ahead, we thought daily we come across many big ditches on Bengaluru road so no problem we can cross it. The guide was kept quiet while we were having a discussion whether is it possible to have a mountain ride in Bengaluru? Guide handled us in a planned manner, for every small ride he used to tell this is the last ride.

Now the most difficult ride came when we had to ride vertically around 20 to 30 feet without any support, the path was almost erect and narrow between two mountains. First, two young chaps climbed and gave assistance to the girls to reach the peak. They offered assistance me too but I refused to take because I had a belief that I am an NCC trained candidate. One of my friends told me I had done NCC in my schooling days, now I cannot ride without taking help. he was right because these days I have become a little bit bulky. thus, it was a challenge for me to test the small army training which I went through very long ago. You will surprise to know that I rode comfortably compare to the younger and lighter persons. Once we reached the top we said thanks to God that we reached to the destination. Climate got changed very fast, all of us started finding our guide, we were looking here and there, suddenly he appeared at the highest peak of the mountain and calling us to come there. I had decided I will not go there at any cost because that is not possible for me at all. Girls also refused, all of us were thinking this guide will take our lives, we refused but the guide was very firm. The true character of the guide immersed. Finally, girls broke out and agreed to commence the ride to reach the highest peak. It did not surprise me because I was knowing the girl’s character very well. Now it was a prestigious issue for me. It does not matter how they reached to the highest pic, whether with the help of others? So, my soul started roaring Sanjeev you can also climb, but my mind was telling no boss do not be silly it is not possible. Suddenly I got an idea and I told guide I will at down to look after the belongings, but it was a child excuse front of that guide. Finally, an adventures journey started. I had to ride on the peak which was almost 80degree inclined without having any rope or support. One human chain support from friends was available but I did not take that. It does not matter for me whether by using this human chain, the girls and few boys were able to climb the highest peak. For me, it was a challenge to show myself that I am an NCC trained personnel. I started climbing the highest peak, during climbing to the highest peak, once I thought to take the help but anyhow I managed to reach the highest peak. After reaching the highest peak first I took a long breath and said thanks to my bulky figure. You laugh but it is true that my little bulky figure helped me in balancing during the climbing. Who was more fit than me they slept many times and without the other’s help they could not climb?

At the peak, one myth "heaven is after death" had been proven wrong. because heaven was front of us and we were in the lap of nature. The scene was awesome, the pure air was directly entering to our soul. We also gave freedom to our soul to reach to the extreme happiness which is not possible in a pub or even Aishwarya Rai in hands.The sun was almost to set, suddenly a beautiful light appears front of us, Allah’s it was a tremendous feeling, it added joy to our journey like a cocktail. The light was coming in a bunch from a Shiva temple which was very far from the peak. we were feeling that God is directly welcoming us, the entire universe was at our feet. The time reached to 7 pm, the darkness was spreading in the sky, so we decide to get down against of our soul’ wish. Soul was not in any mood to come down because in my life my soul first time got a chance to meet his lover. Anyhow I convinced my soul and promised to bring back soon. While we were getting down I was again proven wrong. You know why? Because I was thinking getting down is an easy task, trust me it was as difficult as climbing. Anyhow, we managed to get down irrespective of how many times we slipped and got hurt.

Now you might be thinking how suddenly we went to ride the mountain, no need to be in suspense, I explain. There was the birthday of one of our friends on 19th June 2017. Actually, none of us were in the mood to celebrate her birthday nor she because she never ever celebrated her birthday science childhood. So, till 5:30 there was no plan, suddenly at 5:30 we got the idea from few friends that we have to go for some adventures journey to celebrate her birthday. The guide was the main actor of this adventurous and a beautiful event. Later I knew that he is the founder of skyblue events Pvt Ltd and he is the adventure loving guy and believer of doing the things in the different and unique way. I salute him that he made a small birthday as an unforgettable moment for us. But I do not want to keep in touch with the guide because I am a simple man and believe in doing the things in a simple manner. If you want his contact details I can give you his contact information.