Shifting from pharma to Ayurveda to hospitals as a career move, eventually turned out to be the cause of my entrepreneurial journey.

When moved from a pharma company where I started my career, to one of the eminent Ayurveda company, initially presumed how any Ayurveda medicine made any sense in mitigating any problem, when they may not have defined mechanism of action in the body. But, it was an eye opener to know how fascinating was the science of Ayurveda as the ‘science of balancing’, was a well established traditional science, and was (and is) being researched to only rediscover the hidden secrets from the old scripts and attain co-relation to the modern system of medicine.

I was enchanted by the exposure I had as a ‘Head-Branding’ in impacting people (patients and healthy individuals) through various innovative mediums and strategies, when I moved to Hospital industry, which was rather a new industry to thrive during 2005.

During my 18 years of pharma and hospital career, I began to realize the triangular entanglement between the pharma & medical equipment companies, doctors & hospitals and people’s need & ignorance. These entwined vicious system often perplexed me.

The era of super-specialty had begun eroding gradually the importance of physicians (the dependency on family physician was hardly seen), who formed the foundation of healthcare system at one time. More and more doctors were aspiring to become specialists, for the fat salaries being offered by hospitals. Increasing competition in the industry, instigated the systems probably leading to some unethical practices as a part of the system.

The huge hospitalization cost was challenging for many patients to meet. People often pledged their property or spent their savings to save their loved ones. But the fact was, over 70% hospital beds were filled with complications of lifestyle disorders (not infectious diseases), which the patients had managed with medication for 25-30 years suppressing the problem, before they stepped into the hospital. It was these problems that were rapidly growing among young & middle aged who were carriers of lifestyle problems, unaware of its long-term consequences.

If people were aware of how lifestyle disorders could have been avoided, followed simple preventive steps during their active life; they would not have come to that helplessness stage. “It is peoples’ IGNORANCE leading to abuse in the health care system, and not the healthcare system by itself” is what I often deliberated within me. Shouldn’t people give importance to maintain their good health to avoid lifestyle disorders?

The modern nuclear family, fast paced lifestyle is contributing to lesser and lesser support system in managing ourselves (mind-body). In reality, well-being is all what we live and strive for, but that is the only lacuna everybody seems to have.

At one stage, my mom was diagnosed with breast cancer; I was unclear on what was best for her in spite of being employed in one of the India’s eminent hospital chain. We could not avoid a mastectomy or chemotherapy, knowing well she may suffer the pain. That’s when we executed therapies that are yet nonexistent in the conventional hospital care. Proper exercise post mastectomy, nutrients during chemotherapy and counseling helped her recover faster. A good Ayurvedic detox and immunity booster helped her to a great extent; she has been leading a normal healthy life ever since last 10 years. I witnessed the strengths of complimenting modern and traditional system of medicine.

Having seen the strengths of both eastern and western system of medicine quite extensively, encouraged me to start looking at the synergy and possibilities of how both could be combined and made evidence based, and build a strong rationale appealing to today's generation.

Was surprised to discover that there existed a concept of ‘Integrative Medicine’ that was already being practiced in the western world (like Duke university, Pittsburg, Arizona centre, etc.) where Chinese traditional system of medicine (such as Acupuncture/Chinese herbs) and Ayurveda were used by the main stream medicine departments. This instigated me to study more about the scope of starting this with more authenticity and support system.

Existing gap in our Indian Healthcare system: While primary healthcare caters to only basic clinical service from an individual doctor, the tertiary care caters to complex stage of chronic disorders. There seemed to have a wide gap between the two cares. Individuals who are carrying lifestyle ailments but ignorant about it, or managing it with mere medication are huge in number. Over 60% of the population in the middle age group, are potential candidate of lifestyle disorders, but mostly illiterate about the long-term consequences. Neither our education system is addressing this health-wellness illiteracy levels at an young age, nor super-specialty hospitals seem to have serious interest in addressing the long progression phase of the disorders.

Although system has undermined to address this, people have started realizing the importance of staying healthier in the recent past. Especially the age group of 20-45 years are trying out many options like Zumba, Pilate, Yoga, trying to stay fit. There is a growing awareness on beauty care, skincare, rejuvenation, stress management, etc. Overall wellness industry is setting to grow by 25-30% year on year.

This is where the need to establish a strong preventive and remedial care which is more holistic in nature was conceived, and Wellbeeing was born. In fact it has been more of an R & D work in the first two years of WELLBEEING launch, trying to crack synergy between the practioners from different systems of medicine and moderating them to work together. Today we have been able to successfully treat many individuals from chronic lifestyle ailment through functional integration of doctors from Allopathy, Ayurveda and Naturopathy, all under one roof with evidence based services being offered. Wellbeeing is becoming popular as an Integrated Lifestyle Health Centre with many services under one roof catering to consultative, preventive, curative, rehab and rejuvenation, that are often compromised in the hospital care. Hence, it is a creation of a concept in the country.

So far, we have been able to touch over 20,000 lives, young and old, positively for a healthy lifestyle, especially for those with lifestyle disorders such as diabetes, thyroid, obesity, migraine, back ache, etc. We have evidences and documents showing reversal of many of these ailments, simply because we hand hold individuals (not just prescribe) to make corrections in their lifestyle habits that were deviated for many years. This means, we address the root cause of these lifestyle problems. Reversing these problems contributes to reducing their long-term dependency on medication, reducing their risk factors and helping them to lead their life normally with least complications. Best of the two worlds are provided to individuals without confusing them on which system of medicine is being offered. The fact is, it doesn’t really matter which system is followed as long as the system is evidence based and result oriented. The result and relief speaks on its own.

Going forward, would definitely like to see “integrated medicine” as a subject grow and reach many millions of people influencing them with healthier lifestyle through expanding our centers across regions. We are looking forward for the right kind and source of investment to come in, to encourage the system to grow in the right direction with a good technology back up, and reach over a million people in the next three years. Wish to establish an institute that offers many solutions that could reduce the long-term dependency on medicine, or taper individuals out of adverse effects of long-term medications. Health was always a way of life in the past. We need to re-establish this thought and practice in various innovative means and ways to reach more and more people and eradicate on set of many lifestyle disorders. 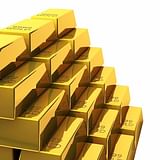