Video can significantly contribute in realizing the "Digital India" dream 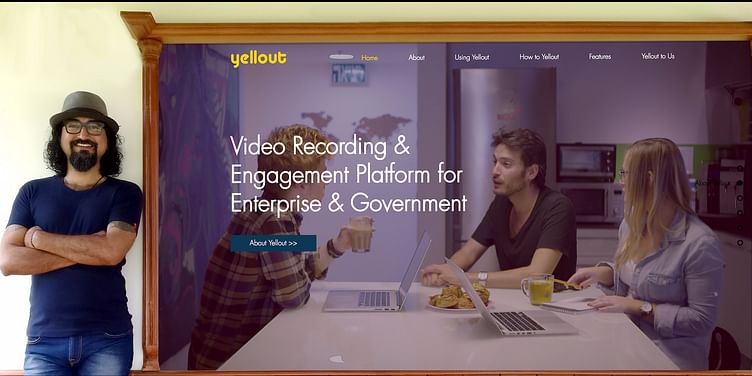 Hindi and its subgroup languages are the largest common language at approx. 45% followed by English at 10% and more than 55% of India speaks exclusively in a language other than Hindi or English.

No where else in the world is there such a complicated, diverse and non-homogenous language structure among a population within one country. A literacy rate of approx. 70% lends a further twist to the mix.

Now, given the fact the 99.99 % of Internet content is in English, the “Digital India” dream, seems to be lost in translation. Whilst, the government may automate almost all citizen services, mere “computerization” (as we like to call it in India) is only half the job done. Citizen Partnership, communication and feedback are essential to complete the digital circle.

And Citizen Participation is not about feedback alone, it is the gateway to citizen information and big data, that are required to improve governance and the quality of life.

This is easier said than done, as the problems are manifold. The use of only the top 2 or 3 languages across the country is not an option. We have seen language hegemony split Pakistan, as also cause a civil war in Sri Lanka. The sheer idea of imposition of Hindi as the primary language has created widespread protests in Tamil Nadu & Karnataka. The debate of Hindi vs. Other Indian Languages taking main stage is not an issue that can help in nation building

The next option is to duplicate content & context of all government services to meet each and every language and dialect need of the country. This is not just improbable; it is impractical as well. Even if such a feat were achieved, India’s moderate literacy rate does not play to her advantage. However, Internet penetration & literacy seem to have little co-relation. An IAMAI-IMRB report says Urban India has close to 60% Internet penetration, but there are a potential 750 million users in Rural India. The report points out that 77% of urban users and 92% of rural users consider the mobile as the primary device for accessing the Internet with video and audio content driving Internet consumption.

So how can we achieve a “Digital India” in spite of these seemingly insurmountable vernacular barriers? The simple answer is VIDEO.

Why? Because EVERYBODY CAN PRESS “RECORD” and speak into a camera irrespective of language, geography and literacy. It is easy to record, easy to view and has the potential to carry all kinds of data that can broken down and analysed, based on visual cues, audio cues and meta data.

Let’s take an example of three farmers from different parts of the country - Assam, Uttar Pradesh and Maharashtra. Today there is no mechanism that generates data on what common cultivation problem may exist between these geographies. The only way to get this data is to go to the farmers and ask them for this information. In most cases, they cannot fill out forms or post over the internet to facilitate such data collection, even if they wanted to. However, if all they had to do was “press record” describing their problems in the form of a video; and this video clip could further transform into useful information, it would give the government/ agencies, data that they could act upon to help the farmers.

Today, no robust video mechanism exists to facilitate this. Social media, online video portals and video sharing sites are not built to record from multiple sources and deliver to a singular source. They are dissemination and distribution platforms of “One to Many”, and NOT video recording and collection platforms from “Many to One”. Yellout a recently launched video recording platform promises to change the very syntax of user generated video engagement

Yellout is a video recording and engagement platform for government and enterprise that fulfils the underserved need of “Many to One – Reverse Broadcasting”.

Every video is validated through an OTP for mobile social or e-mail, depending on how the end-user (or in our example the farmer) records the video, resulting in immediate user authentication

Using Cognitive analytics, it can further authenticate and match identity, with existing government records such as aadhar and/or other documents. Using IP and GPS data, location is authenticated too and its AI platform (under development), promises to be able to match landscape and background with existing data as well.

But receiving videos only solves part of the problem, which is input from end-users. The in-video content, which is the data with respect to citizen participation still gets left out. This is where things get really exciting. Yellout’s advanced AI and ML based analytics platform, which is currently under development will have the ability to understand complexities across languages, dialects and accents. It will translate all videos into one common language and transcribe the same.

This would create unprecedented access to user generated big data. Custom reports and complex analytics would enable better governance and citizen services delivery. Regardless of language and geographical barriers, all citizens can participate at the click of a button. Yellout has been built to be easily plugged into any digital service platform, without having to go through complex builds. 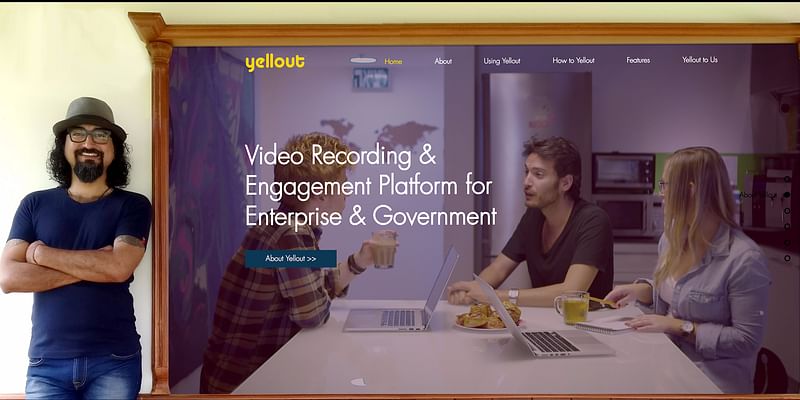