Be a brick with high heat, not a soft one for early and easy split 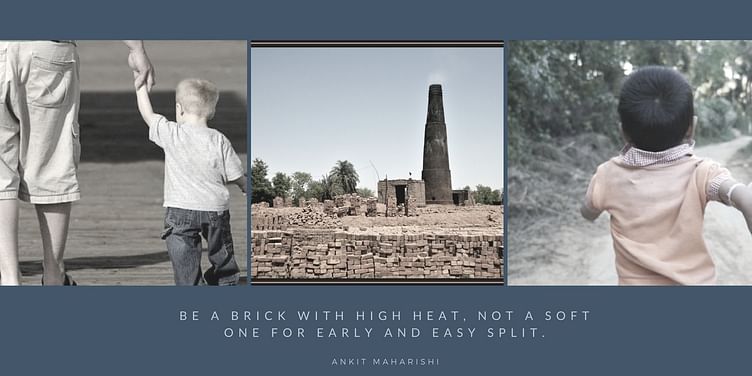 Read this as a parents or a kid, not as a person like you don't wanna read.

From Sigmund Freud to Carl Jung, the growing understanding of psychology had finally refined to an extent that it has clearly revealed to the world that a major part of our personalities as an adult is formed during our childhood. Thus, the study of child psychology has become increasingly noticeable and important for the world and on domestic levels, to parents. 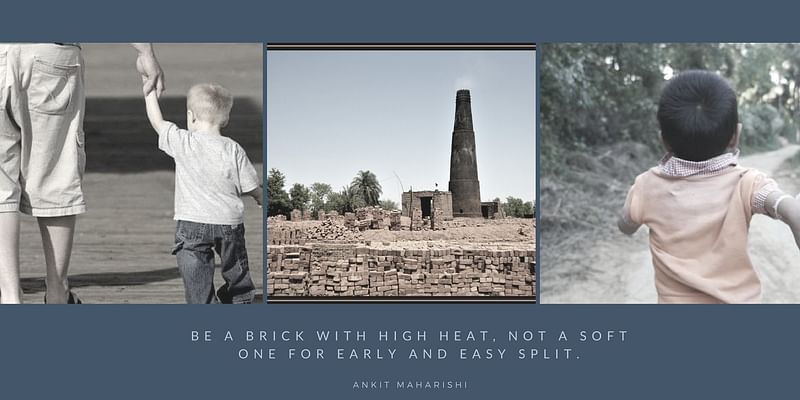 Children books like Alice in Wonderland now have become important books of research for not only literary critics and historians but also psychologists and philosophers. What's even more interesting is that the closer studies have raveled that Lewis Carroll was somehow able to understand child psychology before the discovery and development of the subject by Freud. Carroll's children books and the story of his own life remain an interesting topic of debate and discussion.

The point of incepting this article with such a complicated subject is to make you aware of how severe and utterly important is this subject, i.e., significance of bond between a parent and a child and how sometimes our parents, obliviously, becomes the reason behind our timid selves, fear and distress- often leading child to depression, heartbreak or hopelessness. This happens because, as a little, innocent, undeveloped mind, the behavior, personality, words, and actions of a parent, effects the mentality and brain of the child directly. The child takes in whatever objects and subjects he or she might see, hear or touch.

As a child, we often tend to hear various things from our parents which affect our thinking and actions deeply. These statements might come directly from their traditions, social structures or extreme fears. And all these statements are little-bit different for a girl and a boy. 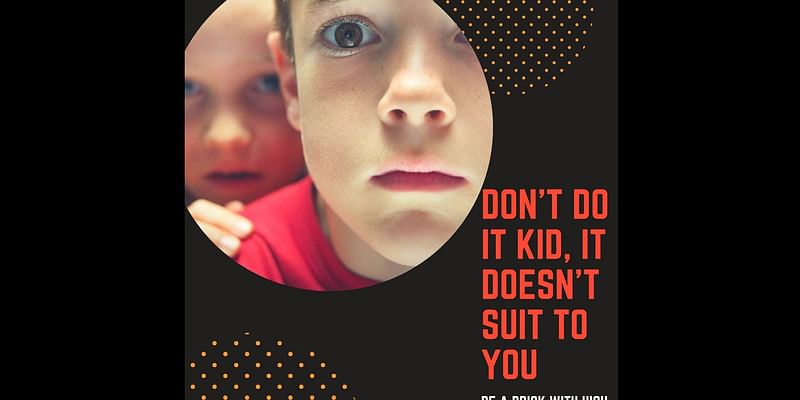 If you are a boy, crying about something you feel bad about, you are told to be a man and ultimately, hide your emotions. This makes you less sensitive towards people and circumstances. And if you are above fourteen or an adult, and have heard these words, then you can compare, how at times, you feel covering your heart and feelings, often doing so deliberately; left alone to deal with your problems and anxieties. If you are a girl, you are told to sit, stand, walk and eat in a "ladylike" way- ways that cage you inside the patriarchal social structure. If you are a grown-up girl of sixteen or now a "lady", you might know how it is like to live in a lie or handling two different personalities- one that only you know any other that you have to carry as your parents told and now as your society tells you so.

At times, parents often forget that one day their children have to face the realities of the cruel world and he/she is a separate, independent individual who has right to put his/her opinion or live in a certain way, as they want.

Parents, who have a single child or after a long pining has been able to get one or are just too sensitive/caring because of their own past or understanding—ends up over-protecting and shielding their child. They often hide the problems they are facing financially or otherwise. At times, they tend to stop the child to go out in a park alone, or play games in afternoon under the heating sun, for they fear that the child will get lost or kidnapped or will fall ill. Such fears and perceptions only hike the worry. Often a child starts to think of such negative possibilities all the time.

Instead of making them aware of the reality, they just tend to say "No!" And "Stop!". This happens often in middle-class families. Such parents don't recognize that such sort of hiding, makes the child feel less important in a family, dominated, controlled, weak, confused and often alone. The urge to get out of this and curiosity, at times leads a child to step in wrong directions. This makes the child- timid, weak and extremely sensitive emotionally as well physically.

Certain parents fulfill all sorts of demands, right or wrong, of their children. Such parents just wish to give their children all the comforts of life. But they forget that this often leads kids to careless, stubborn and weak selves.

Excessive pampering, protection or control, only leads to insensitivity, rebel or distress. Hiding is never the way. Parents can never hide their child from the difficulties forever. Though the morals are tried to be taught to them by their teachers and parents or any other adults, the practical situations are tougher than theory in the lab of life and the world.

As a little kid or baby, you were like brick clay, and when "excavated", you realize that the only difference between you and that brick clay was that you were born pure and the brick clay is impure at first. Slowly you start observing and grasping the people, objects, and formations around you, which just float inside your head. As a small kid, you believed and did as your parents told you. You knew that for every other small need or problem, you have to go to your mother/father and it will be alright. 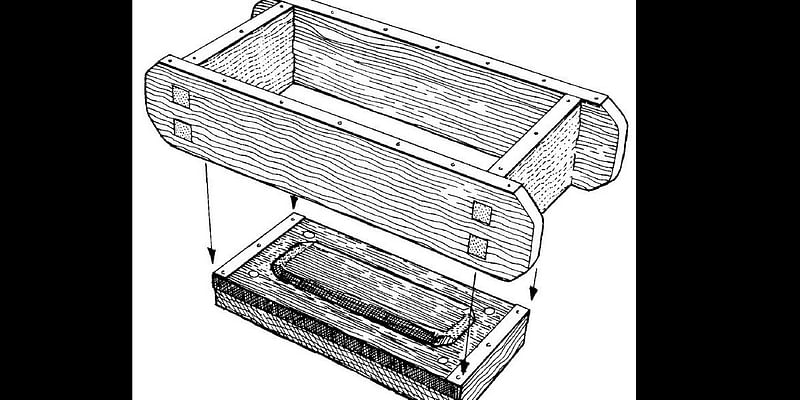 Molding of brick as we mould our child  for  a shape.

Like, the soil is blended in other material for the preparation of a good brick; steadily, as a teenager, when your brain starts to develop and you start making your own opinions on things, you see yourself facing the highs and lows constantly which happens through your interaction with more "material",i.e., people, thoughts and objects, when you are not surrounded by your parents. You experience times, when you feel, "broken up", "watered" with encouragement or sadness, "kneaded" somehow-either negatively or positively. The part which your parents don't able to foresee at times is this!

Too much of protection will mold the "brick" in a certain form, which might end up making him/her- childish, careless, immature, confused, hopeless, irresponsible, distressed, or alone. Often in case of molding a child a certain way, parents end up with adverse results.

But whatever a parent do to up-bring their child, is part of their own past, understanding and often the way they were grown up by their own parents. What any youth, parent or teenager might comprehend is that one of the most significant parts of brick making is burning of the brick!

It takes about 24 hours to heat up the brick in kilns after "loading" them. They are burnt at the temperature around 1000 to 1200 Degree Celsius and then it requires around 12 days of cooling down of bricks after "unloading" them.

No matter what, one day every child has to become an adult. A parent must face this truth and at times should allow their child to see the reality, so as to prepare their children for tougher situations in future. Let them take the "load" and feel the "heat", alongside, keep an eye on their progress. Fuel them with necessary lessons of life. From compassion to passion, instill in them these words slowly, so as to make them ready for the fun and adventure of life; preparing them to face any situation by making their attitude towards life- positive. They must learn to cool down, after every high or low, which will only add more beauty to their formation, i.e., the journey of life. It will only add in more experience. 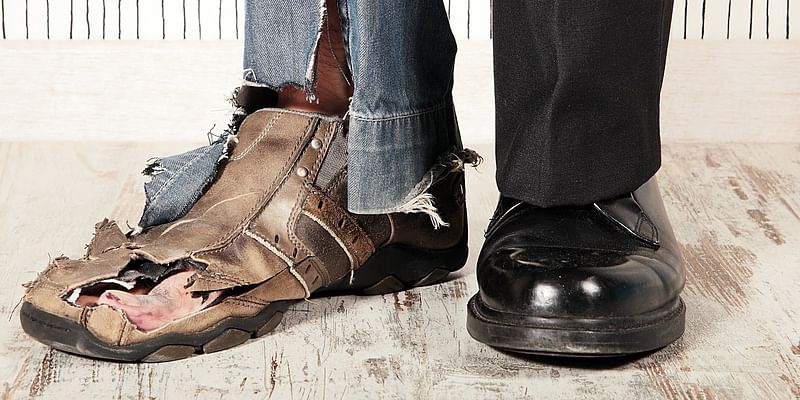 from  rich to poor or poor to rich, it is upto you how you will reach? - Ankit Maharishi

This is the reason why, the kids of poor backgrounds are much clever and successful than kids of settled, richer or better families. The big families with no economic safeties, are prone to stormy days, and cannot really protect their kids from the dirt of the world. These kids heat up more on daily basis, from a very tender age and often, their strength and good morals-taught to them by their parents- lead them to better lives. Parents of such kids can either have a completely negative outlook towards life or a positive one. Those who have a positive one, bind all the hopes from their kids at times, instilling in them essential teachings of life and thus making them stronger. A sense of responsibility is on their shoulders from the beginning of their lives. 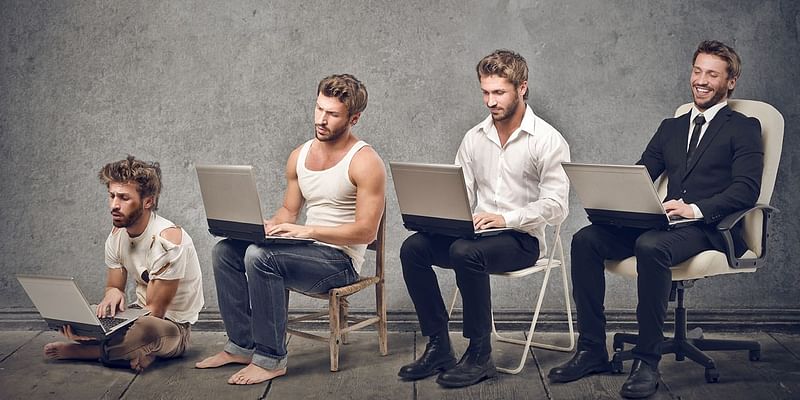 from poor to rich or rich to poor, go forward and backward depends upon your hardwork at the different level.

There are endless examples of it if we look around. Namely- APJ Abdul Kalam, Michael Jackson, Anupam Kher, Kapil Sharma, Narender Modi etc. These famous personalities tell us the importance of burning in the "high heat" like a brick and "Not a soft one for early and easy split". Their extreme struggles made them "greats" or even "legendary". 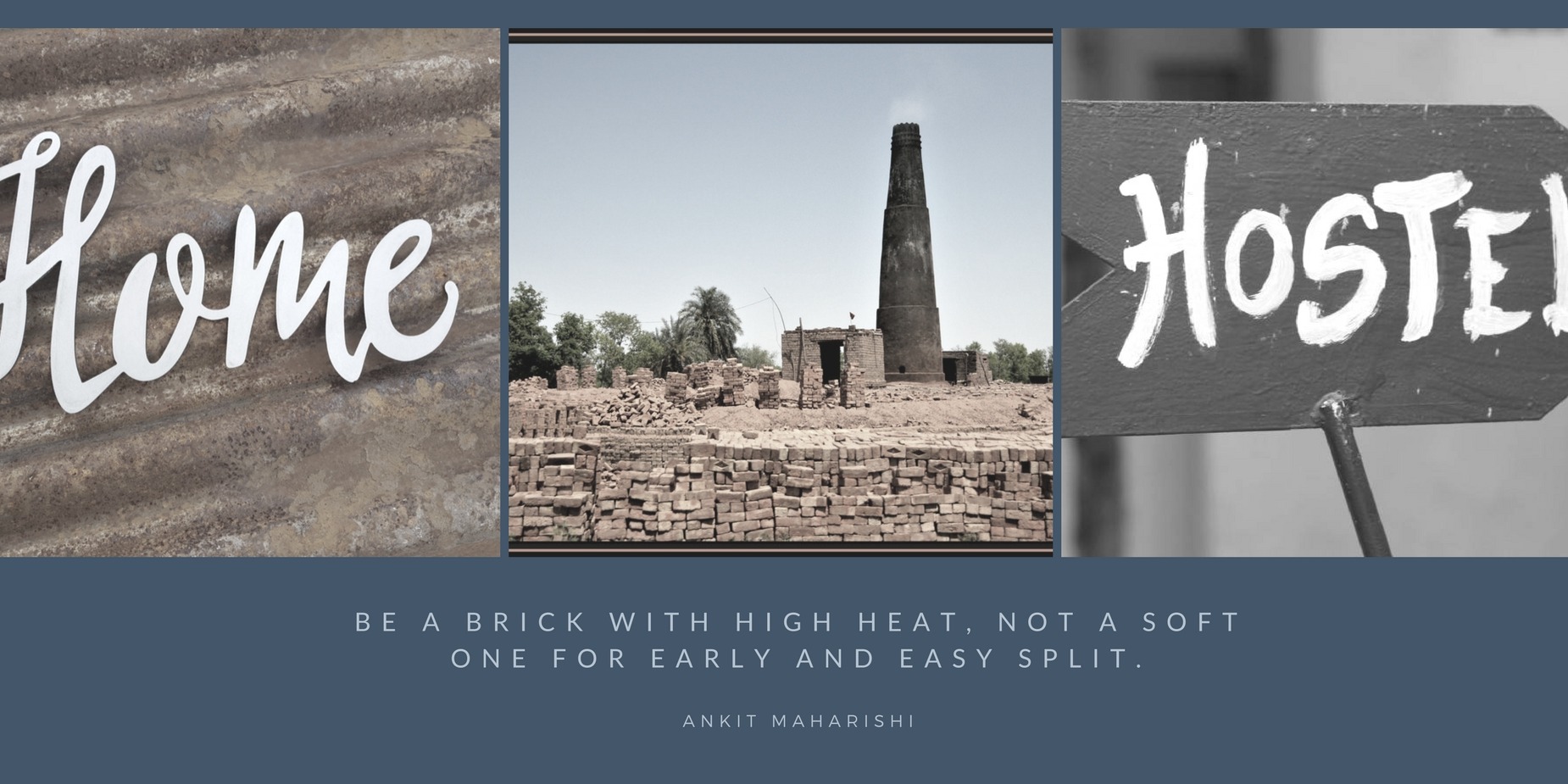 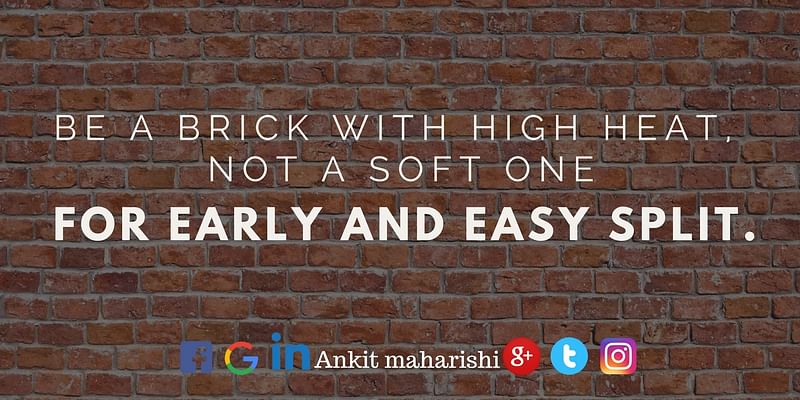 thanks for reading this gear of 1400 words, spread this awareness if you are agree with this thought process.