Do you know this very interesting story behind the invention of ‘credit cards’? Let’s go back in time

By ED Times|4th May 2017
"...greenlight an experiment that will change the modern world economy forever – But they didn’t know that yet"

Scene: Half past midday on a sunny Thursday afternoon, 4 middle aged executives are sitting around a spotless oak mid-century modern table.

Reason: To discuss and eventually greenlight an experiment that will change the modern world economy forever – But they didn’t know that yet.

It might have not exactly happened like this but this is how it happened in my head. I am talking about the novel idea of letting people buy things without paying – the invention of the modern Credit Card.

Before we talk about how it went down, I think it is important to revisit what the world was like before we had this little piece of plastic in our pockets.

“Credit” used to be particularly different.

Store clerks, pharmacies, etc. would sell their patrons what they wanted and record the transaction in a big ol’ ledger – the kind that your grandpa probably still has lying around. They would write the person’s name, date, price, and perhaps glance at the outstanding tab. They would quickly do a sum, tell the customer about it, and jot a note only to repeat this entire charade all over again in a few minutes.

This gets old. Fast.

Introducing account tokens – a revolutionary invention that speeds up this process. Every customer gets a credit “token” with a number written on it. The clerk rings up the bill, looks up the number in the ledger and updates the amount owed. 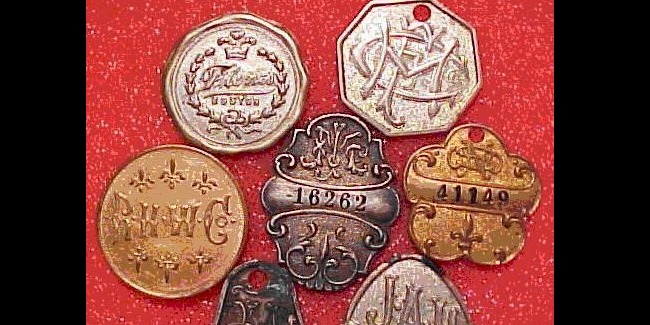 Such “Credit Tabs” could be were accepted by some businesses.

Frank McNamara, a local businessman is having dinner in a bustling restaurant. The waiter brings the bill and to the surprise of this gentleman, it appears that he has left his wallet at home. Awkward.

If only there was a way to assure the manager that he would come back and pay for it. I could sign for it, he thinks. I am a man of my word after all. Disappointed, he makes a call to his wife and asks her to bring down some cash. How embarrassing.

While the authenticity of this “First Supper” is up for debate, there is no doubt that McNamara created the first modern American consumer credit card company in 1950 – the exclusive Diner’s Club.

What a fantastic idea! Members could simply enjoy their meal and sign for the bill and pay later. The idea gained some traction. At $3 a pop, 200 people signed up for the service.

The never ending war had finally ended. Young people were just beginning to settle down. They wanted things – new gas stoves, furniture, and of course, the Television.

You could get a loan to pay for all this stuff. Go down to your nearest bank and meet with a loan clerk. Sign collateral and get some money.

But you do this every time you wanted something. It was tiresome, laborious, and frankly who enjoys going to their bank and pleading with another person to get some money?

Bank of America wanted to change that.

Inspired by the events happening in NY under McNamara’s new business model, BoA had a wonderful idea – why not let their clients control how they wish to spend their money?

It was a daunting task though. Convincing retailers to accept this card and convincing people to actually use this card was not easy.

Back to that meeting room.

A pilot program gets approved: Fresno, California is chosen.

Why Fresno? It is small enough that the news will not make rounds on the nightly news show if things don’t work out.

In 1958, 60,000 customers get a ready-to-use card to kickstart their shopping frenzy. The idea caught the attention of other banks around the state as well. They start working on their own versions of such credit cards.

The experiment was anything but smooth

People would use their cards but would refuse to pay it back, thieves would break mailboxes and steal them, and all the while merchants were complaining about their service charges.

Bank of America swiftly realized that they needed better control and marketing. Anti-fraud and Collection departments were created. Advertisements were taken out for this revolutionary technology and word was getting around.

Things started to get better. Profits started coming in and this “experiment” was rolled out to the other states as well. By 1966, BoA had 61,000 merchants and more than 1.7 million customers.

As competition grew among the banks, new credit associations were created.

The humble, $500 BankAmericard evolved into VISA in 1976. What about the other banks that wanted in on the action? They joined forces to become MasterCard.

The first credit card in India was launched by Andra bank in 1981 as VISA Classic. A recent investigation estimates that there are some 28.8 million credit cards issued currently in India. People are not only getting more cards, they are getting comfortable in using their credit card for everyday purchases.

Why the card was a rectangular plastic piece with a magnetic stripe? That’s a story for another day. For now, go ahead and get the latest Samsung phone with your newly approved credit card. Don’t forget to pay it back though!