Raghuram Rajan, the behind story

This article takes you to the world of an economist who always worked for the country and believed in total teamwork.

To start with, taking over as the 23rd Governor of The Reserve of India in September 2013, he faced challenges of high inflation, currency getting devalued, and the growth rate was extremely weak. 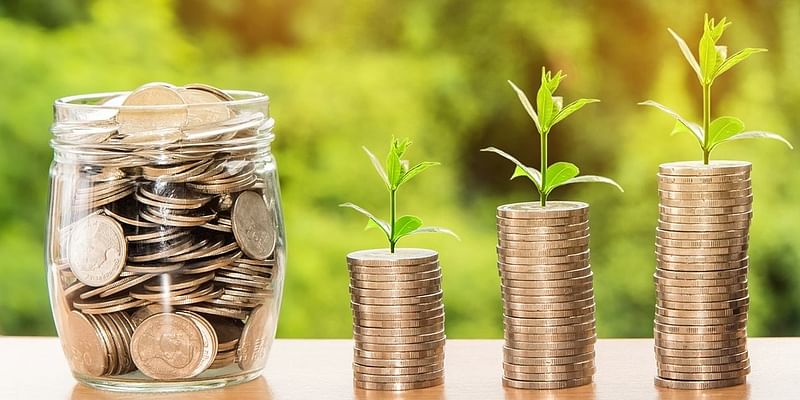 During that period India was termed as the ‘’FRAGILE FIVE’’ and Raghuram Rajan just couldn’t live with that and so he decided to implement his policies as soon as possible. He, therefore, laid down policies as a remedy to Indian situation-

3. Transparent licensing of new universal and niche banks by committees of unimpeachable integrity.

4. There were the creation of new innovations- Bharat Bill payment system and the Trade Receivables Exchange payments to all via mobile phones and developing a large loan database to better map and resolve the level of system-wide distress.

"Build a bridge to the future, over the stormy waves produced by global financial markets".

Under Raghuram Rajan and his team, the interest rates were cut by 150 basis points after raising them initially, due to this the nominal interest rates government pays were also reduced, foreign exchange records were high and there was the outflow of foreign currency deposits which were secured in 2013.

• Rajan is a former chief economist at the International Monetary Fund and warned of financial imbalances in the run-up to the 2007-08 global crises.

Where "The Bank of England"(BoE) governor post is going to remain vacant at the end of next year, analysts have shown their belief in Raghuram Rajan to be the BoE governor but to this Raghuram Rajan says that he never intended to play the vital role as a governor which the analysts believe he may.

Raghuram Rajan is the possible Governor of BoE after Mark Caney who steps down from office at the end of 2019.

Raghuram Rajan is a finance professor at United States University’s booth of the School of business, wherein an event his speech tells us that he is more academically inclined.

"I have a very good job at the University of Chicago and I actually am an academic, not a professional central banker. I am very happy where I am,"

"I think I've said all I can say. I'm not going to apply for a job anywhere, absolutely."

This tells us how he has been working what makes him happy and he doesn't chase just FAME.

Rajan as the former Chief Economist at the International Monetary Fund has been once warned about the Economic instability during the 2007-08 financial breakdown.

To this, now he assures that though the banks are running safer now, the risk has been shifted towards the other financial blocks of the nation.

MAN OF HUSTLE AND FORESIGHT.

Philip Hammond, UK chancellor, is starting the process to select the next governor of the Bank of England to replace Mark Carney next year.

Raghuram Rajan, former Governor of RBI tends to be one of the candidates for the BoE by the London- based financial times.

"Attracting Raghuram Rajan, the highly respected Chicago-based economist and former Reserve Bank of India governor, would be a coup, as would secure Agustín Carstens, Mexico’s central bank chief and the new general manager of the Bank of International Settlements," Rajan says.

Raghuram Rajan, The Professor of Finance, at University of Chicago booth school of Business, he was also the first non-western and Youngest at 40 to become the Chief Economist at International Monetary Fund. Raghuram Rajan predicted financial crises but on that, he was laughed at, but he was proved Right just after three years of his prediction, as a financial crisis hit the United States of America. His actual fame lay in the counter-intuitive paper which he presented in the prestigious annual gathering of economists and bankers in the US in 2005.

Rajan is considered as one of the 6 economists by, The Street Wall Journal, to have won dozens of Nobel Prize in their field.

Rajan said essentially the money that was demonetized came back to the system,

"but it did not have the direct effect that was sought that a lot of people will pay taxes."

Raghuram Rajan says that demonetization was not well planned or well – thought and in addition to this he said that the government was cautioned about it when the idea was mooted.

During the period of demonetization, it was 87.5% of currency value.

In view of any Macro Economists, in order to demonetize 87.5% of currency, it’s better to make sure that you print 87.5%.

Due to this, the demonetization had a negative economic impact. The idea was also to dissolve the black money contained by affluent people.

The negative economic impact is people not having currency who are not able to pay, economic activity plummeting, these people are using their jobs. These are not counted well because they belong to the informal sector

"We were consulted and we did not think it was a good idea on demonetization. The cost of demonetization varies between 1.5-2 percent of GDP. "The positive impacts are out there in the future, we do not know whether they will be important and to my mind, it was not a policy that was useful at that time."

Raghuram Rajan believes that proper implementation of GST can be thought and worked upon properly and that it is not an unfixable problem.

"On the Goods and Services Tax, we will figure it out eventually. It will be nice if we could implement much better than we do. But it's (GST) not an unfixable problem. We can work on it. I wouldn't give up hope at this point on that," Rajan told an audience at the Harvard Kennedy School in Cambridge yesterday.

Today, we are the fastest growing large economy in the world, having long exited the ranks of the Fragile Five.

‘’A book is almost always a collective effort,

Even if it has only a single author.’’

Sales emails not getting results? Here's what to do next

How to Use Voice Commerce for Better Marketing and Promotion?

How Grocery & Food Retailers Use Chatbots To Personalize Shopping Experience?