The Last Ride in Delhi Metro 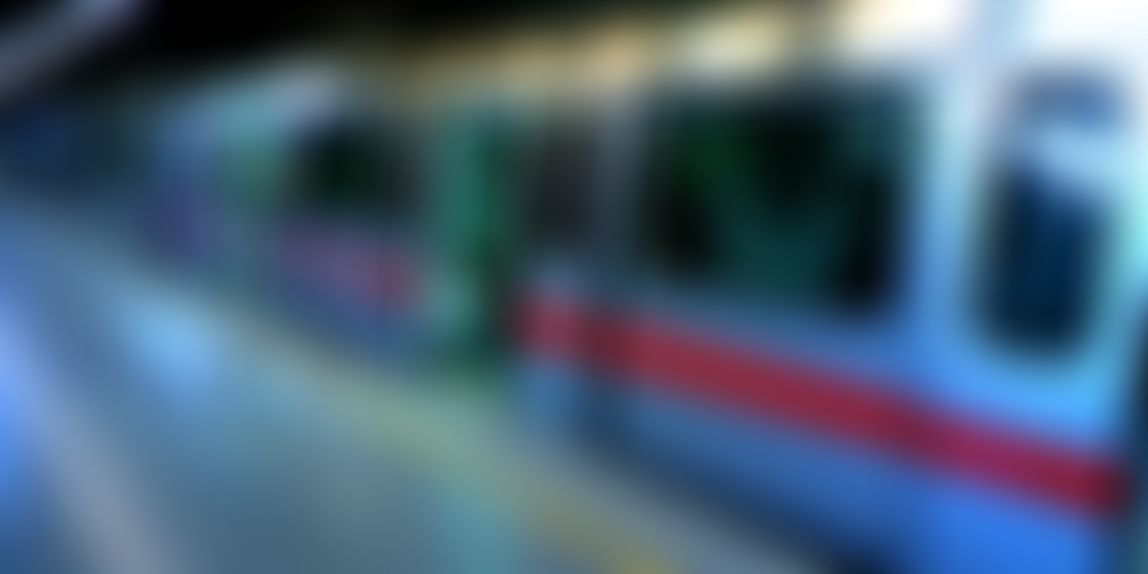 Amid million faces you see every day while walking on streets or daily commutes, unaware of what will happen on next corner, we are often too caught up with our mundane routine. We learn to desensitize ourselves towards those faces. Each one has a story to tell, that could be their last. I heard one, and it was epic. 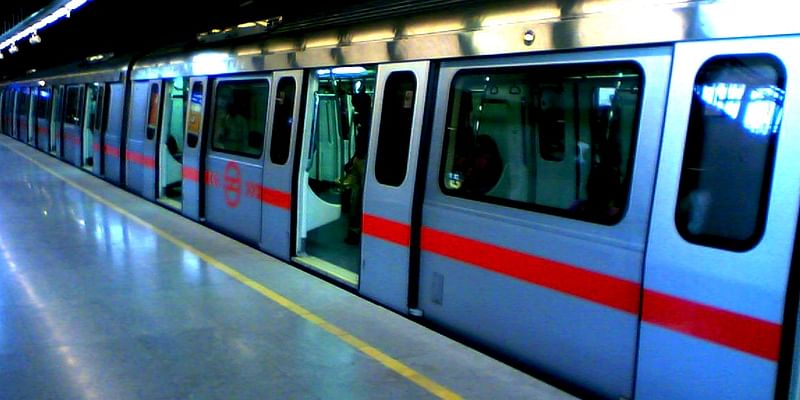 Thirteen. Fourteen. Fifteen. Flip, face up. Compress chest. One. Two. Three. Four. Five. Check the breathing. Do you feel anything? No. Check if anything is visible in mouth? No. Check the heartbeat. It's high. Do babies normally have high heart rate? I don't know. Look up at his mother. How is she doing? She's in tears and looks in bad shape. These are too many people around her. They should give her some space. I'm done with the questions of these two uncles, if I know what I'm doing. Is there a way to throw them out of the train? Leave it. This is not the time to react.

I’m going everywhere in my thoughts. I stop talking in head, flip the toddler in my arms, grab his jaw firmly and align my left arm under his sternum, bend forward, take a deep breath and continue gently striking firm blows on his back through heel of my right hand - slightly below the shoulder level, between the blades. I don't know who this toddler is. I don't know who his devastated mother is. I’m not even aware who are these two men; who are not letting me do, what must be done? There are more people surrounding me, but they just want to argue that makes me feel scared to even look at their faces. I don't know anyone here. Time is slipping out of my hands and I begin to feel helpless.

Blue Line, Delhi Metro. I boarded this train from Noida Sector-18 towards Dwarka after a long-exhausting weekend of meeting friends in Noida. Flooded with people like any Saturday, I hopped from one coach to the other to find some space for myself, when I saw this baby. Safe, happy, playful, wearing bright-yellow jacket and dark blue bottom with a black-white bracelet and large black scar shaped kajal on his forehead, this baby caught my attention when I saw two girls in their late teenage playing with him. But, I ignored and continued reading about how Frank Kuiack would fish in Algonquin Park through the book "The Last Guide". The book was gifted by very special friends, who I spent my summer with, in paradise named Algonquin Provincial Park over three months as a Wilderness Leader and Youth Counselor in Kingston, Ontario (Canada) where I learned ample life saving skills including Canadian Red Cross Advanced Wilderness First Aid Certification.

The baby had caught my undivided attention just 3 minutes ago, when suddenly there was chaos as girls shouted "Baby is not responding and he's turning red" as they tried to wake his sleeping mother. He was choking; his skin (already pale) was slowly turning from red to blue. His mother, as soon as she got up, was in a panic - shoving finger in his mouth, trying to get hold of something (as suggested by an old man on her left) - with little idea what had gone wrong in matter of 5 minutes. Others were throwing in their suggestions, and I could see the combined IQ falling like ten pins. Voicing me amid such a chaos of strangers is my fear, so I decided to wait till someone acts.

Being impatient when anxious, I was fighting a battle in my head - either to continue to watch what was happening or possibly take the control of situation and guide the mother on what to do. Condition of baby was getting worse, time was slipping out of their hands, and he could die in matter of next 10 minutes. Closest aid in Delhi's traffic could be 20 minutes away and I didn't know if there were paramedics on any Delhi Metro Station. I'd never seen one, so Emergency Exit button was useless in such condition. Using all the courage I could gather in those few seconds, I threw my bag on ground, jumped on mother, snatched the baby out of her hands without permission, kneeled down on floor and started standard choking procedure I was trained on.

Assess the situation quickly, and call the emergency services immediately. Not realizing I was in Delhi and not Canada, I shouted "Call 9-1-1". Next in steps is to hold baby between your forearms close to the ground, turn his face down so that his head is lower than the rest of the body. Thump the baby gently, but firmly, five times using the heel of the free hand on the middle of the back. Flip baby's face up, place two fingers (usually index and middle) on the centre of his chest, just between the armpits, and push fast, and check baby's mouth after each cycle and remove the obstruction.

This procedure is fine, when baby is conscious. But, baby was not responding; probably partly (or completely) unconscious. I could not sense breathing when I placed my index finger closer to his nostrils. Procedure says I must switch to CPR when baby is unconscious. I didn't know since when he was struggling to breathe, so I had absolute no time to think. However, I decided to stick to the standard procedure for next one minute and then switch to CPR. I made changes to the standard process as there was very limited space in packed metro. I opted for 15 back blows and 5 chest thrusts. Others, instead of helping or supporting, were busy either adding to the panic, or questioning me "Do you even know what you're doing?" or ridiculing me as they tell to stop. Recruiting them to help was one option that must've been done, but I was too scared.

After struggle of nearly a minute, I'm in third cycle now. In my head, I'm living the time when I saw doctor perform CPR on my mother nearly a decade ago. I didn't know how to perform it, and we had to wait for 20 minutes to get a doctor perform it and she didn't survive. But today, losing is not an option. I'm scared. Are these voices in background right that accuse me of knowing nothing and killing the baby? With every back blow, my heart rate is shooting up. Four. Five. Six. Seven. Ting. A shiny five rupee coin slips through his lips, and under force of the thrust, falls on the ground. I immediately face up the baby and check the breathing. I still do not sense anything.

I'm scared if he's even alive. I check the pulse by placing finger around his neck. I can feel the heart beat, still racing fast. He's alive! But, why not responding? Just as we enter Kirti Nagar Metro Station, in quasi-automatic gesture baby shake his legs and punch his arms, and breaks in to little faint cry like a newborn. I'm bewildered by what just happened and keep looking at him as he squeeze and open his eyes, cries get louder and body vibrates under the movements he makes now. Still kneeled on ground, I look at his mother on my right. She's in tears and look in my eyes with a million questions. I still have no expressions. I look at her, the baby, her and then baby again. I again look at her, smile and lift the baby closer to my chest. I keep the baby with me for a few seconds more as others help the mother recollect herself.

With a smile and shaky hands, I hand over the baby back in the safest lap and keep a watch from distance for next minute or so. Metro reaches Moti Nagar station. In panic, I search for my bag, lift it from floor and run out of the metro amid the pats on my back by most of the people standing around me. They have a smile, much bigger than mine. I'm still scared to look in their eyes, but faking a smile. I stand outside metro, as door closes and I see that baby, his mother and the others for the last time. As I walk down the stairs to get on the other side to board next metro to Kirti Nagar, two young boys have a quick conversation about what just happened and how did I know, what should have been done. Another boy, overhearing our conversation suggested "You should have got that on video or should have kept that coin". "I don't know what to say. You're brave. Mostly these days, people just make videos of others dying in front of them" follows another random man as we part.

How I'm feeling? I'm happy, probably happiest ever in my life. Satisfied. Thankful to almighty to help me stay in senses and provide strength to that little life to stay put in his mother's lap. More than anything else, I'm experiencing that contentment to find strength in letting go of the grudge "I could not save my mother". At the same time, I apologize to the mother for not asking for her permission. I apologize to the crowd; if I was disrespectful and didn't trust them enough. I thank Steve Tripp, my first aid instructor from Kingston (Ontario), for being the amazing human he is and training me on something that I could use at the right place, in the right time. It's still tough for me to completely absorb, this happened to me and I succeeded. And yes, I'm tad bit proud for what I was able to do with success that has given me that tiny sense of achievement.

Later, Delhi's popular radio station Radio Mirchi learned about this incident and discovered more in their studio on November 22nd, exactly a day after 9th anniversary of losing my mother. This one goes to her. I'm no hero. I did what I expect anyone would have done, if I was that baby. I'm that every common man, who should stand up when needed the most. That's what I expect from every commuter among those 2.5 million traveling by Delhi Metro every day. We are one big community. Stay united, stay alert, stay strong. Bhavatu Sarvamangalam.