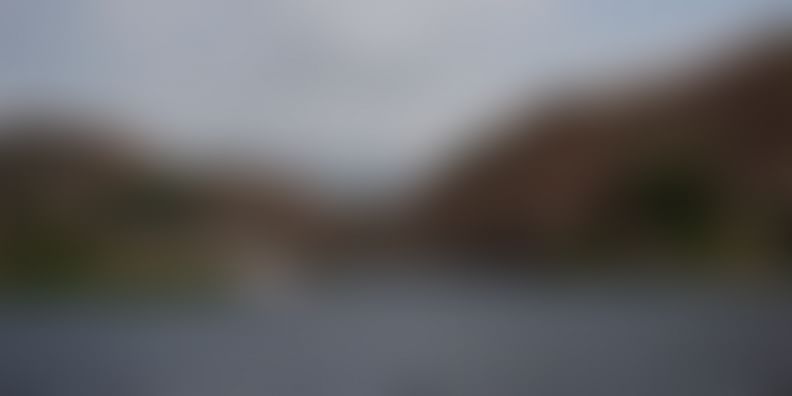 When I opened my eyes, the first thing I saw was the starry sky in Hampi. I had traveled on a sleeper bus for about 10 hours from Goa. Hello again, Karnataka!

The bus had spaces for 2 beds on the right side of the hallway, while on the left side the beds were individual. I was entertained; AAO Hostels had chosen a form of transportation that surprised me and sparked my curiosity at the same time. That being said, after lying down I didn’t open my eyes until the last stop.

It was still night in Hampi even though it was 5:00 a.m., and the sky was illuminated by the splendor of the stars.

Hampi is a place that captivates most of the people who visit it. The landscape, the giant rocks and the grandeur of the ruins make you realize that it is undoubtedly a unique place. 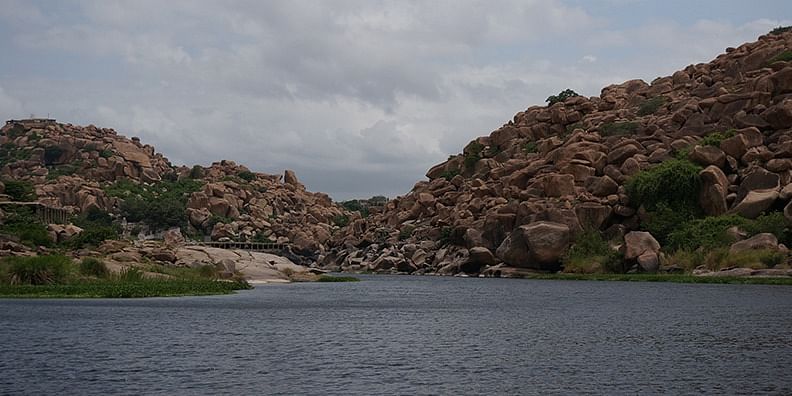 Hampi is considered a sacred village. The ruins have been a UNESCO World Heritage Site since 1986, and it has a group of monuments. The village is made up of many temples, fortifications, a large and elaborate irrigation system, sculptures, paintings, stables, palaces, gardens and markets. 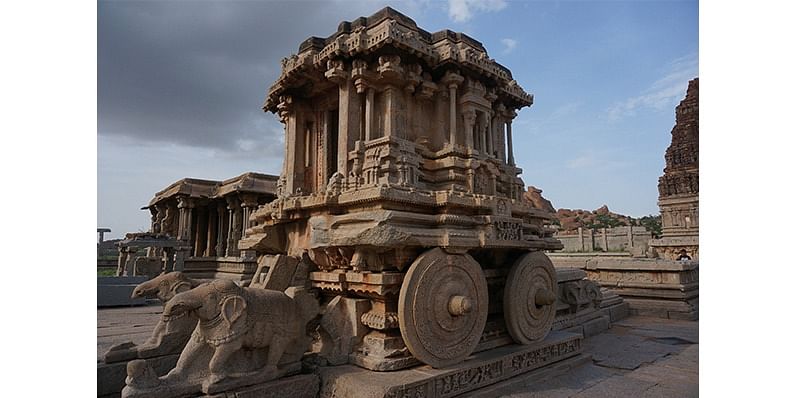 The capital of the Vijayanagara Empire reigned from 1343 to 1565, when they were finally defeated by the Muslim Deccan Confederation. Before becoming the city of Vijayanagara, this place had previously been an important religious center, evidenced by the presence of the famous Virupaksha temple.

The population of Hampi was chosen for its strategic location, bordered by the Tungabhadra river on one side and surrounded by defensible hills on the other three sides.

Once visited by the Portuguese, Arabs, Persians and Chinese, the capital of Vijayanagara has only grown in popularity over the centuries, with fourteenth-century temples in the vast majority of its hills.

By train: While Hampi doesn’t have a direct train, there is train service to nearby Kariganuru (10 km from Hampi) and Hospet Junction (11 km) on a regular basis.

By bus: There are regular buses from most major cities of the country to Hampi. Bus Station(s): Hampi.

The Government of Karnataka’s Department of Tourism has an updated website with useful city information.

The website includes aspects such as history, gastronomy, culture, art, festivals and maps, in addition to lists of outstanding destinations divided by heritage, beach, nature, wildlife, spirituality, adventure and cities of Karnataka State.

The city of Hampi lives on tourism, and there are many agencies that offer their tour guide services. However, the city is also ideal for simply renting a motorcycle or bicycle, walking along the the river Tungabhadra, or crossing the city on a small boat.

The temple has a sanctuary, or sacred place of worship, a hallway with a number of pillars, and 3 antechambers. There are courtyards, a monastery, small shrines, and several entrances surrounding the temple.

● Virupaksha Bazaar: It is the street that is in front of the Virupaksha Temple, and is approximately a kilometer long. You can use a bike or opt to walk; it takes about 30 minutes.

Towards the west end, the pavilions have been transformed into shops and restaurants, making the street narrower.

● Vijaya Vitthala Temple: An ancient monument known for its exceptional architecture and unique craftsmanship, it is one of the largest and most famous structures in Hampi.

The temple has amazing stone structures such as a stone chariot and fascinating musical pillars. This predominant monument of Hampi is a major attraction of the ruined city and is a must for visitors and tourists alike.

● Royal Enclosure: Historical place containing the ruins of the royal complex where the king of the Vijayanagara empire once lived. Hundreds of square meters are scattered with a number of interesting relics from that bygone era.

● Walking on the banks of the Tungabadra River: The river has had immense importance in shaping the political and religious history of Hampi. The river, along with the rocky hills, form the north barrier of the capital. It was not easy for an invading army to cross the river without being defeated.

● Hanuman Temple: Also known as the Temple of the Monkey, it is one of the hilltop attractions of Anjeyanadri. It is a sacred pilgrimage center for Hindus.

The temple is a structure built on white painted rock; the roof has a pyramid structure with a small red dome at the top, and from afar a red flag can be seen fluttering in the air. This hill is believed to be the Hanuman's birthplace and is located in the center of the Anegondi area.

The best time to climb the hill is at sunrise or sunset; the scenery from the top is breathtaking.

The best time to visit Hampi is from October to February, when the temperature is pleasant throughout the day. You can also visit during the monsoon season, but be careful when walking on the rocks because they can be slippery. Avoid visiting Hampi in the summer as it is very dry and hot.