From a broken bat to a sports goods store 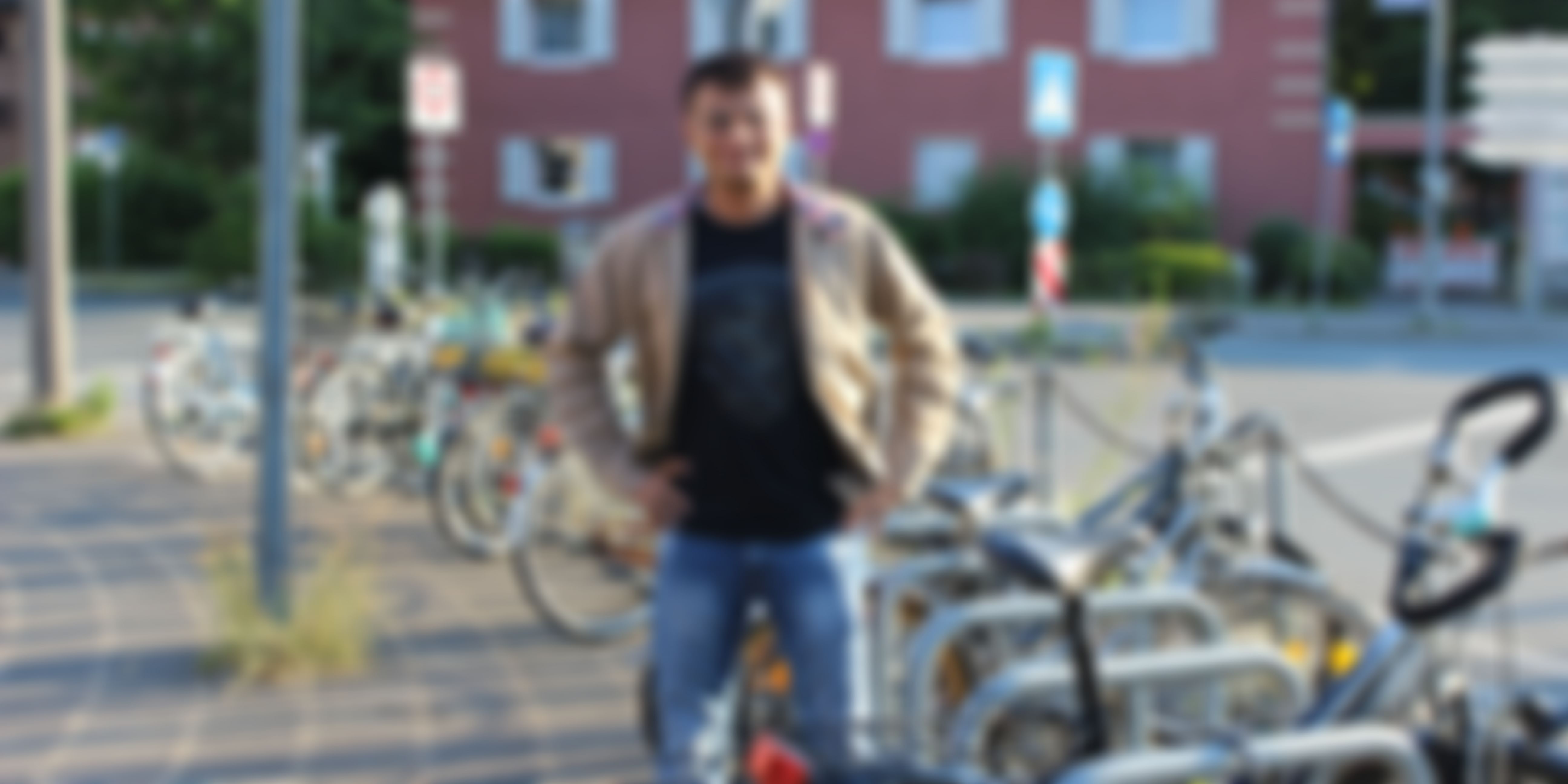 It has been a dream come true. But many more challenges and miles to go before I sleep.

As a child, I was meek and an extreme introvert. The few friends I had during my early growing years were limited to those staying in the same building as me. Though I excelled in academics, what I most desired was to shine in sports.

I grew up in a beautiful, green area located in the heart of Mumbai. It had a very strong ‘sporting culture’ and there were always groups of kids out in the streets playing games like cricket, football and badminton. My burning desire to play cricket got me to muster the courage to walk across the street one day and ask the boys from the neighbourhood if I could join their club – a tall feat for a shy boy like me. They accepted me and that’s when I first started playing gully cricket.

One summer I wanted to join a cricket coaching camp. I somehow convinced my mother to pay the fees, but there was one more problem -- I had no equipment. After asking around, I borrowed a bat from a friend but as luck would have it, on day three of the camp, the bat broke and I couldn’t buy new one. That was the end of my formal training in cricket. Yet, even though my bat was broken, my spirit was not.

When I turned 16, I was expected to spend all my spare hours working in the family shop that my father had established. However, every day, at 5pm on the dot, I would run away from the store to do what I loved most -- play cricket.

When I graduated from college in 1983, I joined my father’s retail business. I was the 3rd generation to enter the family business, but my joining it was neither a strategy nor a well thought out plan. It was simply a cop-out -- I took the easy way out to settle down in life. I slogged for 16 hours a day and while I loved the business, I detested the long working hours and the style of functioning. I stayed in the comfort of my own cocoon and willingly handed over the controls of my life to others. Yet this created a growing sense of resentment within me with every passing day! I wanted to do something more – but what? And how? I didn’t lack the intelligence or the ability to work hard; what I lacked was courage…or at least that’s what I told myself.

Until this one incident changed the way I thought about myself.

On the night of 4th January 1983, as my father and I were on the way home after shutting shop, we were attacked. Some goons assaulted us, wanting to rob us of all the cash and valuables we were carrying. I fought them with every fibre of my being. They stabbed me in the stomach, chest, head and legs; and slashed my father all over his body. We were bleeding profusely but were saved just, in time by a police patrol van. My father was discharged in four hours, but I was in the ICU for 48 hours and remained in hospital for 15 days. The incident was a turning point. I could not believe that I had had the mettle to do what I did and save my life and that of my father. Where did that fearlessness come from? It was almost as if this other personality that I had tried to hide all these years, had suddenly burst out! I recovered in four months and started going to the shop again.

Before I joined our family business I had gone to Singapore in 1979. I was 16 then. I had seen the face of sophisticated retail businesses there and was impressed. After the attack, I realised what I wanted to do – I wanted a similar business set-up here. I received stiff resistance from my father who belonged to the old school and liked doing things his way. But I was not going to crib and complain any more about not having gotten a chance to do what I wanted to. I was going to find a way.

In the 1990s India took its first baby steps towards liberalization and modern retail. I spent all my waking hours visualizing a multi-level store of my own.

In the year 2003, I got an opportunity to lease out a small 400 sq ft store. Without even thinking twice, I signed the agreement for a 10 year lease. Now, I had to come up with a plan. It didn’t take me too long – sports goods of course! For a sports fanatic like me, it was the obvious choice – except for the fact that I had no idea about the products and suppliers. All I knew was that “Everybody loves to play” and any other flicker of doubt that arose, was put to rest by my wife Heena. We brain stormed and thought why not add physical fitness equipment into the equation as well. I Then I thought why not add sportswear too, as I had personally always struggled to find good sportswear in India.

I had asked my brother and my brother-in-law to join me. My concept was simple – shop for sports goods, sportswear, fitness equipment and food supplements under one roof. On the 27th of October 2003 our first retail store – Total Sports – came into being. It was a hit right from day one! A lot of people thought this was an international brand and started asking about franchising. They had never seen anything like this before. Within the first two weeks itself, I realized I had hit bull’s eye.

We built this business on strong values and ethics and grew from strength to strength and opened four other stores in the next seven years. This was quite an achievement considering the fact that we were India’s first modern retail chain of sports and fitness stores. Apart from retail we also started specializing in institutional sales, gym and recreational facilities, and infrastructure. In 2015 we opened our 8th store and are on the verge of next phase of expansion with new sets of challenges to overcome and a new story to tell some other time.

It has been a journey of 13 years of ups and downs but I cannot express in words the kind of joy and happiness I experience whenever I interact with my customers. A couple once told me, “We started playing badminton after nine years. We never realized what we were missing.” Another lady once told me, “Every time I come to Dadar (Mumbai) I have to visit your store! Both my son and husband are big fans of Total Sports. Now that I have finally joined a gym, I obviously want to buy everything I need from here.” I was delighted.

I have found my purpose. I love each and every moment I spend inside my store.And the joy I see on a young child’s face as s/he is fitted with the gear of his/her chosen sport, it makes me smile and remember my own childhood dreams that ended – or should I say started? – with a broken bat. 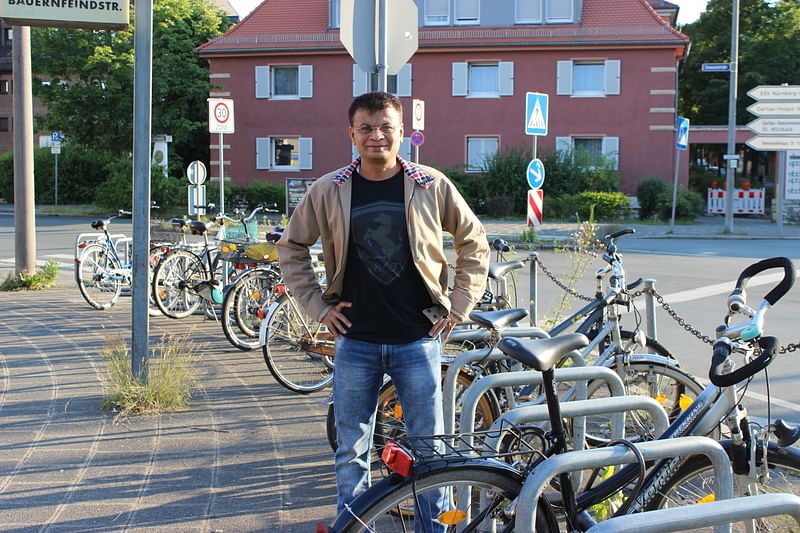