Are entrepreneurs created or born? 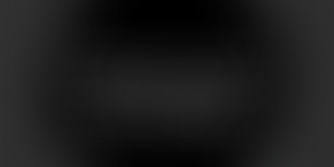 A Million Dollar Startup Question: Are Entrepreneurs created or born?

The term ‘Startup’ is getting a lot of attention these days and it has all the good reasons to do so. I have been closely observing the Startup space with new updates on funding, ideas, their marketing strategy, their future prospects, and many other things. Based on that, I recently wrote an article about the lack of knowledge on importance of Digital Marketing in Startups. Being in the field of Digital Marketing and following the Startup space, I get to visit a lot of places to learn about this newly buzzed sector.

One of my visits recently was to Entrepreneurship Development Institute of India (EDII) in Gandhinagar. It was there I observed that many students were first generation entrepreneurs (rather say future Entrepreneurs). Some of those students had already started their ventures while pursuing their academic course. The atmosphere was all about creating new ideas and jumping in to the startup bandwagon. What I did not understand was that many of these students were never exposed to business and yet were ready to walk down the entrepreneurial path. That brings my key question: Are Entrepreneurs created or born?

Talking with a few of the students there, I realized that apart from studies, their prime agenda was to think ‘out of the box’ and come up with ideas that will sell like a hot cake among investors. An example of living the entrepreneurial life while at campus is a parable that once there was student who made money lending his scooter! The said student was probably the only one is the campus who came by a scooter while his other classmates took to Cab or Car as their mode of transportation. Most of the times, students with cars or cabs would borrow the two-wheeler and this led to business. The student started charging money per hour for the borrowed scooter. Of course, there is no innovation in that, but it certainly describes the entrepreneurial mindset.

To get answer to my earlier question, I went up to Mr. Sunil Shukla, Director of EDII. Fortunately, he was not busy that day and he shared some fine pieces of history on how entrepreneurship evolved over time. He also shared some of the research on Entrepreneurship done by a few famous scholars of 1930s. Based on our conversation, I have sorted out the key points which every person willing to take the entrepreneurship route should not miss.

The word Entrepreneur is a loanword from French, first used in 1723. The term "entrepreneurship" was coined around the 1920s and was studied by Joseph Schumpeter in the 1930s and other Austrian economists such as Carl Menger, Ludwig von Mises and Friedrich von Hayek. According to Schumpeter, an entrepreneur is willing and able to convert a new idea or invention into a successful innovation.

On hearing this, I asked Shukla sir whether he noticed any change in Entrepreneurship pattern over the years. He didn’t take a second to answer and clearly stated, “If you look at the literature published 30-40 years ago, there are a number of examples of family businesses or someone born in a family, but that is not the case anymore. Younger generation is more inclined to be their own boss and top of that, their creativity in thinking has improved a lot.”

The discussion s was getting really interesting aided by a several cups of tea! My next question to him was about the characteristics one should have to be an Entrepreneur. Or is it mandatory to be born in business family to be a successful entrepreneur?

Characteristics of an Entrepreneur:

Dr. Shukla clearly nodded his head and proceeded to say that there is no need to be born in a business family to be an entrepreneur. Entrepreneurship is a thought process, which can be developed and polished to get desired result. He further added, “We do it every day; we challenge our students to think like a born businessman. It took them some time to get to the pace, but now, they come up with new ideas and strategies every now and then”.

Mr. Shukla pointed out some of the characteristics required to be a successful entrepreneur, but I’ll mention them in bullet points, else it will take forever:

• Risk-taking abilities: - An obvious characteristics and almost everyone knows about it. If you are looking for a stable and safe earning, then entrepreneurship is surely not for you.

• Patience: - There is no data to back up, but experienced businessman usually say that it takes at least 1000 days to get your business in profits (not guaranteed). Can you hold on that long? If the answer is yes, then go for it.

• Nerves of steel: - Entrepreneurship is surely not easy and there are times when nothing seems to be going right. You need to keep your heart and mind in balanced state to overcome adversity. If you are the one who easily gets stressed, then consider dropping the entrepreneurship route.

Our discussion was approaching the end and last question still needed to be answered – What is the future of Entrepreneurship? Shukla Sir gave a short and on point answer, “The future is itself Entrepreneurship”. To elaborate his meaning, he added that more and more people are attracted to the buzz word “Startup” and enterprises are slowly but steadily created.

The core change he expects will be in marketing and finance part of the entrepreneurship. Earlier, there were limited options for funding, mostly through informal sources. Banks were usually skeptical in lending money to a new business. On the other hand, marketing and reaching out to people was also limited to few platforms like TV, Radio, newspaper, and few others.

But now, one gets fund from VC, banks, and even government of India, if the idea is really new. Marketing has also reached to the next level with Social Media platforms like Facebook, Twitter, LinkedIn, WhatsApp, and many others. Reaching out to people is much easier and a lot more cost effective.

This is the best time to think about getting into Entrepreneurship as getting funds is easier, Government eagerly waiting to support innovative Startups, and plethora of options to reach out your target audience.

We concluded our discussion with that inputs. The discussion was very intriguing and highly informative. I’ll be back with something new to share with fellow readers on Startup, or Digital Marketing. If you have any queries, you can get in touch on my Twitter account.