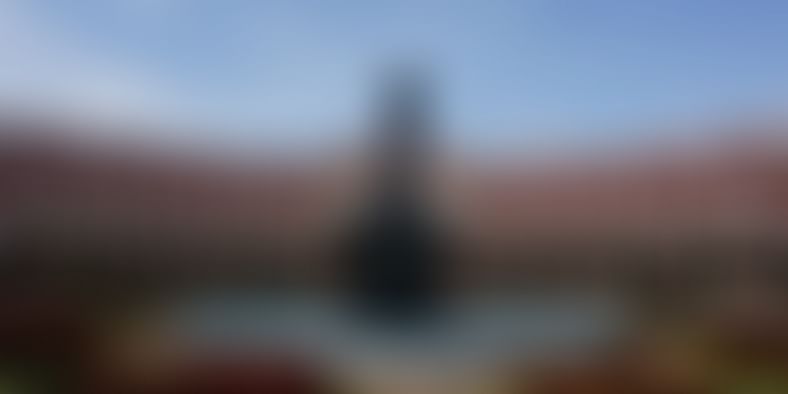 Bijapur is 120 km from Badami—a considerable distance, but for the first time I traveled by car.

AAO Hostels put me in contact with Ajay and Saddam; both were my tour guides in the majestic city of Bijapur. It was nice to travel together! Both of them took care of me on the trip; every time I saw an amazing scene, Ajay stopped the car so I could take pictures. We bought candy, too!

The Almatti Dam is located 67 km from downtown Bijapur, so we decided to take a break in the pleasant garden in which there was a white pavilion with carefully painted frescoes.

Bijapur surprised me in many ways, one being the meeting that AAO Hostels organized between me and Mr. Patil, the Minister of Water Resources of the Government of Karnataka.

Mr. Patil was so kind! He was very interested in my travel itinerary, and I felt honored to be part of the fellowship. 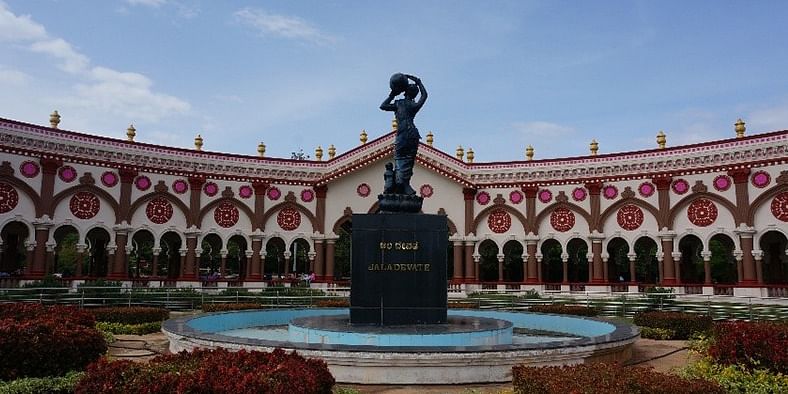 The district of Bijapur is a city located in the northern part of the State of Karnataka, and it is commonly known for its historical monuments of great architectural value built during the reign of the Adil Shahi dynasty.

The city is a magnificent architectural treasure that is kept in perfect condition. That being said, there are 2 monuments in particular that should be considered a "must" for any national or foreign tourist who ventures through the lands of Bijapur: Ibrahim Rouza and Golgumbaz.

By flight: The nearest airport to Bijapur is Sambre Airport (IXG), located 164 km away in Belgaum, Karnataka. The next closest airport is Hubli Airport (HBX), at a slightly farther 167 km in Hubli, Karnataka.

By train: There are regular trains to Bijapur from other major cities in the country. The railway station is called Bagevadi Road (BSRX), Bijapur (BJP).

By bus: There are regular buses from other major cities of the country to Bijapur; the bus station is Bijapur, Bijapur (Cg).

I experienced Bijapur with the help of Ajay and Saddam, who were my traveling companions. Together, we visited the most celebrated monuments of the city; they read the monuments’ legends to me and scheduled my meeting with Mr. Patil, Minister of Water Resources of the Government of Karnataka, in a surprising way, just a few hours before leaving Bijapur. 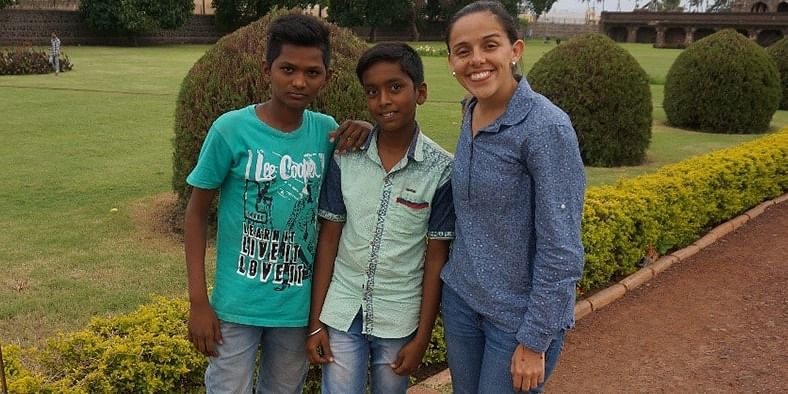 Photo #2: I like to meet new people. Those children were very friendly.

Both endeavored to make my visit to Bijapur a pleasant one and explained in depth each element that enveloped the majesty of Bijapur.

There were many moments that grabbed my attention, but there is one in particular that I now like to tell as an anecdote.

I wanted to meet an Indian family in the privacy of their home; not only did I desire to meet them in the street, but I also wanted to visit them in their neighborhoods and observe their daily family life.

Ajay scheduled for us to have breakfast with his family. We arrived at his house, and in the living room his wife served us some of the best food I’ve ever eaten. I played with his 5-year-old son, and I met his mother-in-law and sisters-in-law, in addition to several of his neighbors—a doctor, a businessman and a plumber.

They all welcomed me with a lot of affection. We talked about daily life, about my itinerary in India, about the amazing places that I had visited, and what had frightened me along the way... And their comments were so sincere, that I immensely appreciated having had the experience of visiting Ajay's family.

His wife gave me some snacks for the bus ride, and gave me some nice yellow bracelets. I take good care of them!

Thanks to Ajay, I experienced the different faces of Bijapur: its art, history, family and politics.

Photo #3: Meeting with Mr. Patil, Minister of Water Resources of the Government of Karnataka

Walking around Bijapur is like going down a historic route. The city is full of monuments that show traces of the Adil Shahi dynasty.

● Bijapur Fort: The Bijapur Fort represents the greatness, longevity and pride of the Kannada community. It is an indelible mark left behind by the Adil Shahi Dynasty, which ruled the region and surrounding areas for more than 200 years.

The area surrounding Bijapur Fort is full of mosques, palaces, gardens and tombs built during the Adil Shahi Dynasty. The buildings reflect the elegance and beauty of the architecture. Additionally, Bijapure has many ruins of ancient temples.

● Gol Gumbaz: Gol Gumbaz is one of the most impressive and frequently visited monuments. Built in 1656, it is a mausoleum that took 20 years to complete.

Mohammed Adil Shah began building his own tomb just after assuming the throne in 1626. He intended to build himself a mausoleum comparable to, and possibly larger than, Ibrahim Rauza, the tomb of his father, Ibrahim Adil Shah II.

Gol Gumbaz is famous for its massive dome. The dome reflects tremendous perfection in terms of engineering: a slight whisper inside the structure generates a great echo.

● Mausoleo Ibrahim Rauza: The Ibrahim Rauza, built by Ibrahim Adil Shah II between 1580 and 1627, consists of his tomb and mosque inside a square enclosure, with a tank and a fountain between them.

The mosque has a rectangular prayer room along with several tunnels and passages leading to several areas of the Rauza. 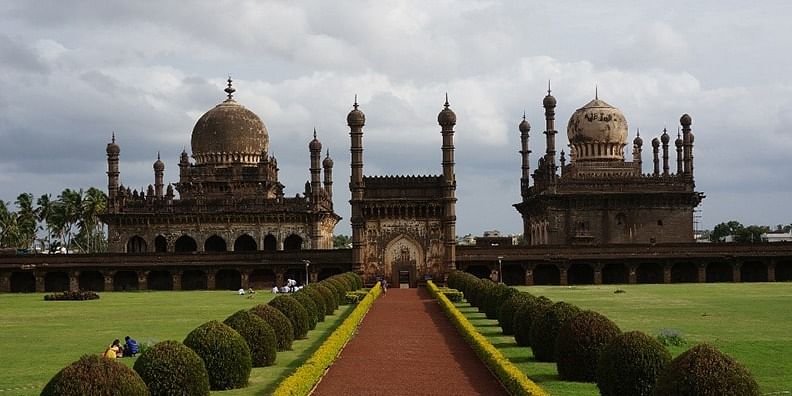 Photo #5: The beautiful Ibrahim Rouza is among the most elegant and finely proportioned Islamic monuments in India.

The best time to visit Bijapur is from September to April, during the monsoon, or winter, season. In the summer, the climate is hot, dry and uncomfortable, with the maximum temperature reaching up to 42 degrees Celsius. April and May are the hottest months, for which reason tourists avoid visiting Bijapur at this time.