Everything The iOS Users Need To Know About iOS 13 Update 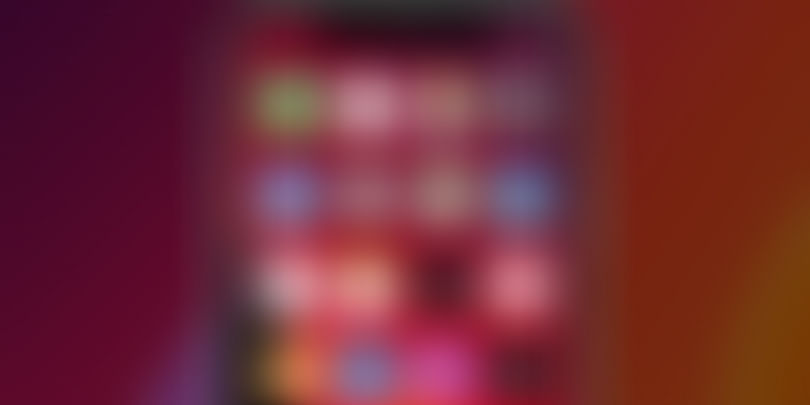 When there are thousands of updates to technology with tough competition between iOS and Android, iOS turns out to be the one winning the battle between the two with the best feature-rich update for its Apple users.

Just when people think that iOS has provided them with everything when it comes to technology and that’s the end of updates, it steps in with new technology advancements and updates and extends its customer base to another million. It’s a fact that updates are never permanent, they are always temporary and iOS proves it every time it comes out with something new. With a number of meetings and discussions by the developers of iOS, the team came up with a decision of launching the much-awaited version of iOS, iOS 13 which is Apple’s latest software for iPhones.

In Apple’s Worldwide Developers Conference (WWDC), the developers announce changes to the software products of iOS. Over the last couple of years, Apple tried to increase the Near Field Communication (NFC) functionality in the iPhone and this year also Apple has again expanded its Near Field Communication capability with iOS 13. iOS 13 comes just a few weeks after the launch of Google's Android Q which is Apple's chief software rival. But over the past years, Apple has proven that it can develop must-have apps and software tools like iMessage and FaceTime video.

iOS 13 is Apple's newest software for iPhone with commendable features attached to it. Chief features among them are new and long-awaited one, dark mode, new photos tool, improvements to performance, swipe-able keyboard and many more.

Dark Mode for All: A Dramatic New Look for iPhone Users

The Dark mode is the single most anticipated visual update that Apple has made to iOS since the launch of current software design iOS 7. The feature explains to be a new dark color scheme that works system-wide and in an entire range of native apps to deliver a wonderful viewing experience, especially in low-light environments. The feature is scheduled to turn on automatically at the time of sunset or at a certain time. Basically, dark mode replaces the light screen with the dark screen.

For a number of years, Apple has been supporting for third-party keyboards on iOS, it is updating itself by introducing a new feature for its default keyboard called as Quick Path which is a swiping function in it. The feature would be familiar to all those who have used Swype, SwiftKey or Gboard. Quick Path is fast, accurate and still provides the spelling suggestions as the process of typing goes along. It is not a new upgrade altogether but the feature is especially useful for one-handed typing.

Powerful Editing Tools for Photos and Rotate a Video

Photo editing tools in iOS 13 for iPhone users is more comprehensive and intuitive. It gives access to new tools that Apple is providing. The app is getting a new UI which uses machine learning to highlight best shots and remove duplicate photos and weird clutter like screenshots for easy browsing of pictures. The users will be able to edit shadows, contrast, saturation, brilliance, highlights, sharpness, white balance, vignette, definition and noise reduction on the image. It also adds more lighting effects to smoothen the skin, change the intensity and location of the light for portrait lighting. The editing tools also come to the video shooting where the user can rotate the video if it is taken from a wrong angle or orientation.

Find My iPhone and Find My Friends merges to Find My

The old apps of iOS, Find my iPhone and Find my Friends gets merged together into a single app called Find My. Apple’s tracking is put at one place with the help of this app. The users can track their missing devices as well as their family and friends at the same time. Find My also tracks the devices that are offline simply by sending the secure Bluetooth beacon to other iOS devices. The entire end-to-end process is encrypted and anonymous and does not use phone battery, phone data or privacy. It will not let the thieves install or reboot the phone unless the user activates it.

Apple believes in a fact that the privacy of users is very necessary for a long term bond between the users and the company and therefore hire ios developer ’ team of experts for the particular feature. Sign In with Apple feature helps to keep up the privacy of the users. It logs the users into accounts and apps without having to add them their email address which Apple believes that it protects the user’s privacy from third-party apps track. The feature uses face ID to authenticate without revealing any personal information about the users when they log in. The users can also log in with their original IDs and then ask Apple to hide that and create a random and dummy email thus masking the real identity.

iOS 13 is getting WhatsApp and Facebook Messenger style profile pictures and display the names. In other words, it means that all the contacts of the users will have proper names and pictures. With a small new upgrade, the user can use their Memoji (an emoji of user’s face) as their profile picture too. A lot of new controls for deep Memoji customization is also available like makeup as well as adding braces to teeth.

Siri, which is the voice assistant of Apple, gets an update on the voice in iOS 13. Instead of Siri’s clipped voice, the new Siri sounds smoother and more natural to the ears. By using AI software specifically neutral talk to speak network, Siri will speak with some gaps and non-human sounding modulations.

Other Minor Changes in Apps

New apps that got added with iOS 13 are Mail that gets rich new fonts, Notes that is a new gallery view for the support of shared folders, Reminders that can add details of when and where to remind the users of an item, Apple Maps that has most comprehensive data on roads, beaches, streets, and building.

The following apps and features are rounded up by the launch of iOS 13 by Apple for iPhone users. These features show the level of advancement in technology in the future.