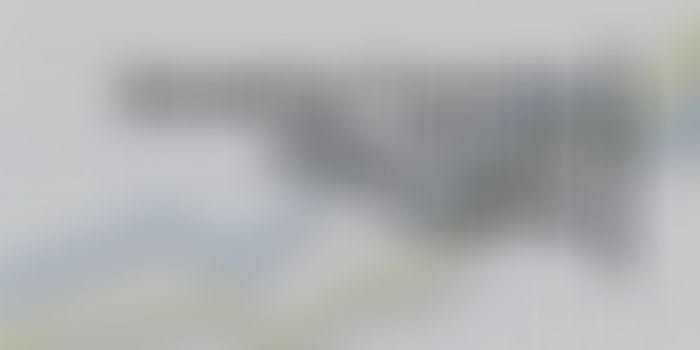 Algorithmic Trading is widely recognized as one of the fastest moving bandwagons in the capital markets. This paper discusses the key effects that the rise in the use of algorithms has on the trading environment, fund managers, and overall finance industry.

Bank of America Merrill Lynch has quoted in the Business Insider, ‘Equity markets are already predominantly electronic, but there is still margin pressure as the mix of counterparties and types of trading is changing. ETFs are growing quickly and conduct nearly all trading automatically and electronically. Quant funds have grown quickly and also automate trading. High-frequency trading firms automate trading. Even traditional asset managers that wish to split research and execution payments are executing more trades through lower margin methods.’

With automation coming to finance in a big way, the industry is in the middle of an adoption phase and it is estimated that around 40 percent of the trades made on the London Stock Exchange (LSE) now originate from algorithmic trading systems. Both Bank of America and Morgan Stanley are developing automated robotic advisers. As per Goldman Sachs, even in investment banking, where the human element is central to deal-making, technology will have a huge impact. According to some reports, some desks in Goldman Sachs had 600 traders in NYC 15 years ago. Today, they have been downsized to a little less than 2!

Yes, big shot Wall Street jobs have been automated away. It might be a bad thing for those traders who could not cope up with this revolutionary shift in financial technology, but it has opened a plethora of lucrative opportunities for those who are well groomed in algorithmic trading. Deal-making jobs have been in decline since 2007 and it sunk by 14 percent last year at the world’s largest investment banks. Up to 30 percent of the current employees in the banking industry may lose their jobs to new technologies in the next 10 years, according to new projections from Citigroup.

By saying that an industry is contracting doesn’t mean that people won’t be earning a living in finance industry down the road. Finance industry will need computer engineers and data scientists, algo and quant analysts. Those days when one could just learn Excel and do some basic analysis are over. Quant analysts are going to be working with big data of transactions and volumes and market behavior, sophisticated algorithms will be trading the markets and price/quote inefficiencies will be reduced.

Taking figures from the World Federation of Stock Exchanges, the Indian market (in USD), may still be relatively modest – it’s the 10th largest. However, when you look at the number of trades, India is the 3rd largest market, only preceded by the US and China. HFT and algorithmic trading accounts for about 40 percent of total volume in India, the highest proportion in the developing world and up from minuscule participation in just a span of 5 years, according to Aite Group in a recent report on Bloomberg.com. Another 5 years and the shortage of experts in the industry will shoot up. There are institutes like QuantInsti that are training and preparing professionals to fill this void. Nitesh Khandelwal, co-founder and director of QuantInsti, adds that their institute’s primary objective is to inspire traditional traders towards a successful algorithmic trading career by focusing on derivatives, quantitative trading, electronic market-making, trading related technology, and risk management. QuantInsti’s flagship programme, EPAT, is a comprehensive Algorithmic Trading course offering unparalleled insights into the world of Trading. The course gives a wide exposure across various industries and with the support of a dedicated placement cell; the student can choose the job as per their personal interest.

Quants in India get up to 4-5 openings on an average to apply in a week, which varies from domestic trading companies to large MNCs. With the time passing, more and more companies are looking for specialists in the field of algo and quantitative finance, and algo trading institutes act as a bridge between the recruiters and candidates. In fact, Nitesh adds that their institute’s placement cell has witnessed a steep rise in demand for skilled candidates in the algo and quantitative trading domain in South & South East Asia and European countries. Also, these corporates are open to hiring from anywhere in the world given the candidate has the correct set of skills. Placement cells work day and night to get the best possible opportunity to their candidates, with lucrative compensation. When the resource is scared, then money takes a back seat for employers if the candidate is fit for the role.

Who can be a Quant and How?

Having a background in finance or computer technology proves very beneficial for those who want to indulge in algorithmic and quantitative trading. This field has risen from the convergent union of finance and technology. Having the know-hows of either of the two makes the understanding of the domain very easy. Even those who do not have a background in either domain can equip themselves with requisite skills by doing programmes such as the EPAT from QuantInsti. The EPAT Certificate will be of special interest to those working in the fields of finance, technology & sciences. QuantInsti has recently launched an e-learning portal called Quantra. The best thing about this platform is that the learner can proceed at his own pace.

The Future is Automated

In 2010, when NSE announced additional 54 co-location server racks on lease to Brokerages, Deutsche Bank, Citi, Morgan Stanley, Goldman Sachs, Motilal Oswal, JM Financial and Edelweiss Capital were the first to grab the opportunity, followed by Globe Capital, SMC, Global Vision and East India Securities. This was followed by many amendments, and given the rapidly growing trend and demand of HFT and Algorithmic Trading in developing super-economies & emerging markets, there have been efforts by various exchanges to educate their members and develop the skill sets required for this technology driven field. Algorithmic trading market is expected to grow globally by 10.3 percent in the next 4 years; in India, algo-trading is expected to cross 25 per cent mark while co-location will account for more than 28-30 per cent (53-55 per cent combined) of the total equity cash market trade volume by 2020.

This means more jobs for algo traders and quants, and completely empty trade floors. The heated verbal exchanges on the trading floor have been replaced completely by the warm buzzing sound of server workstations, while the trader is sitting in his air conditioned office cabin or bedroom, sipping that aromatic cup of green tea, as his computer program thanklessly carries out trade orders. The future has already arrived.

So, what are you waiting for?

"the future is automated, go algo to secure your career"