Facebook Vs Google - What lies ahead in the future for Mobile App Development? 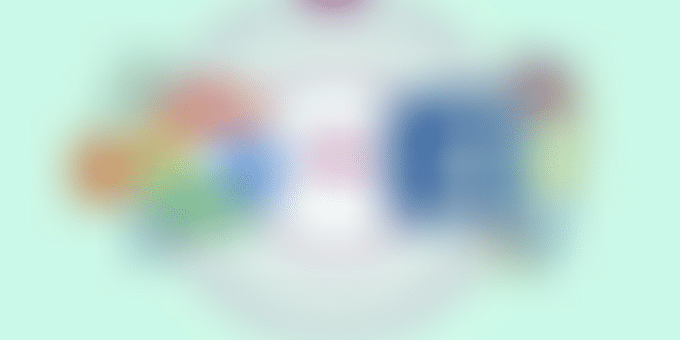 As per stats, there will be roughly 6 billion mobile users by the end of 2020. The numbers ringing are great that don’t underestimate the importance of mobile apps in the coming world.

The future of mobile apps depends majorly on the mobile development framework you would be choosing for your next mobile app. The framework on which your developers are working decides the impact of the future app developed.

Developing a mobile app is not as simple as it sounds. It requires extensive knowledge and research on the existing platforms and new profound platforms. But as customers, they want the best development framework to work upon for their next mobile app development project.

Business competencies in a highly competitive world when major tech giants like Google and Facebook are running in the ladder race for becoming the most preferred choice for mobile app development. The intimidating choice to choose the best framework for mobile app development between Google’s Flutter and Facebook’s Native App has always been tough. There have been several considerations that need to be looked upon when choosing the best framework for your next mobile app.

In this blog, I am going to discuss on which framework to go forward with for your future app:

What is the one thing that differentiates a mobile app from others? The answer is the User Interface. How does a mobile’s interface impact the user in the picture? The interactive user interface and navigational freedom without any glitch make all the difference. If you are looking for a customizable option, Flutter could be the right choice for you! It offers a variety of options. It is flexible thanks to its customizable widgets. It offers smooth and rich motion APIs and animations. Whereas with React Native, a Facebook native app platform, offers a seamless experience with animations as compared to Flutter. It is due to the extensive options for UI as external developer kits. You can also use many external UI kits React offers to create a compelling user interface, such as the React Native Material Kit.

Being able to work in an environment of your preferred choice is crucial as it ensures to facilitate the tools you need to develop a mobile app. It is thus important to leverage your framework where you can build your app using a wide variety of tools and integrated development environments or IDEs. When it comes to tool selection and IDE versatility between Flutter and React, React overpowers Flutter.

Since React has been around for a longer time than Flutter, thereby offering a wide variety of tools and IDEs that your mobile app developers can use. As per Flutter,  it has only been supported by three IDEs -- Android Studio, VS Code and Intelli IJDEA. However, Flutter offers a more streamlined approach for configuration and set up.

The most crucial factor that can change the game for your mobile app development is the time taken by mobile app developers to develop your next app.  When you are working on strict deadlines, time management will become a crucial part of the process of development. Flutter’s speed compatibilities have been most talked about as it offers customization via widgets. This helps you to build native interfaces for your mobile app in minutes. Still, the Facebook development platform - React Native is component based that are built-in and ready to use. This will help in aiding the development process and mobile app delivery in a stipulated time.

Give A Read: Top Google I/O 2019 announcements that will change mobile app development

For any mobile application, if you don’t have the adequate support or knowledge to build your next native or hybrid mobile app. Documentation plays an integral part in exhibiting the challenges of the development framework. If we compare the Facebook development platform React Native with Google app development framework Flutter, it is not tough to say that Flutter's documentation is well-structured and straightforward. It's simple to read and execute due to its clear format and style. On the other hand, React's documentation is less structured and is dependent on external development kits.

Businesses are all about having conversions and the flow of cash registry coming in. When it comes to client adoption, you have to develop apps in an environment and framework which your client uses. In this scenario, Google App Development and Facebook development platform have major differences. React Native - Facebook application development framework is most widely accepted as it has been around for longer since 2015. It has been used to develop and build apps for larger corporations such as Uber, Skype, Uber, Wal-Mart, Pinterest, and Tesla. The prescribed power of such clientele makes it easier to build apps.

Familiarisation of programming language seems to be most effective when developing your next mobile app. Using a language that is easy to understand and widely accepted by developers across the globe can prove crucial in the longer term. React and Flutter could be differentiated in this key development area as Flutter uses Google’s Dart Programming Language, while with React, developers can build apps using the popular programming language i.e Javascript.

Read More: How Mobile App Development Trends Changing the Way You Do Business?

React Native includes two parts in its architectural framework  - Javascript as well as native components. It needs to bridge the gap between the way native components ( like OEM widgets, audio, and GPS) and JavaScript interact to develop a mobile application. Thus, abridging this gap creates an additional task that slows down the performance of React Native.

Flutter performs better than ReactNative, thanks to its standard of 60 frames per second (fps). It enables you to build fast-performing, native-looking apps.

What should you go for?

I hope this article points out the key points that need to be considered on which mobile framework to go forward with from Google Mobile App Development and Facebook Application Development. Based on the above pointers, you can easily choose which could be leading to the future app in the mobile space.

An Indian It Outsourcing Company delivering excellence for the last 15 years, having a proven track record of 4,200+ projects with 2,500 of happy customers from across the world. We have yielded optimal results with 450+ professionals. Being a mobile app development company in India, we customize native and hybrid as per client’s requirement. Our mobile application development services include apps like AR/VR, Wearable Apps, Blockchain Mobile Apps and much more.

So, if you have an idea that needs dimension, consult outsourcing your next Mobile App Development project from India.