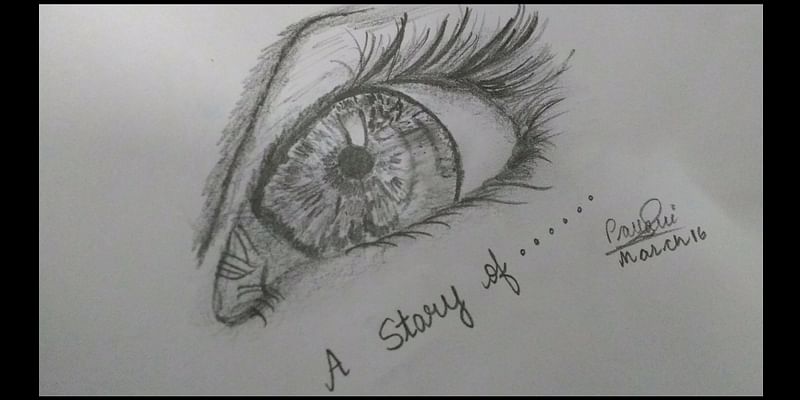 An  eye says those things which the mouth often fail to express.

This story might be relatable, it might be similar to yours, it might inspire you or it might leave you suspicious of reality. I am not going to write about a great person with a great story but, about a real person of this world with a living story. This is the story of a WOMAN. A woman who was born in the 20th century and spent some part of that in a wonderful city in eastern India. She was born into an orthodox family wherein women were given the least priority. As history has shown, women were never given an equal status in the family and were considered inferior. As a child, Rimjhim used to get troubled by what she saw at home and in her surroundings. She used to often wonder how humans were succumbing to and feeling so small in front of something so baseless. She had revolutionary ideas and plans to transform the world which was more acceptable to what women wanted and was in harmony with men’s abilities. So she began a journey which had made her an inspiration in her family and surroundings.

Rimjhim was very attached to her father who was a lawyer by profession and a successful businessman. She never really craved for anything “girls” desired. All she asked for was a chance to become self-sufficient and prove to the world that women were no less. Coming from a conventional family, even her mother wasn’t in favour of her pursuing an education and believed that girls are supposed to bear the responsibility of maintaining the house, ONLY. This really used to sadden Rimjhim and was the cause behind her passion in becoming a doctor and working for the people to serve mankind. She always stood class first and did all she could in order to impress herself and her family and make them proud parents. As every story has a mishap which changes the course of events, her story also saw two major events that left her shattered. Even with these broken pieces she made a fine piece of art from her life. The first, an emotional crisis on her family which left her father in a deep sense of shock and she was only left with the choice of taking commerce in high school. This changed her dreams and ideologies and yet, she accepted it with no regrets and finished her B. Com honours with a good track record. She wanted to pursue an advanced degree and again, her father opposed strictly and forced her to only study a professional course after marriage. AH! How disgusting it is in our society to have girls wedded without their consent. She couldn’t go against society as she was in agony of boundless obstructions on her path. She got married to the man her father chose for her.

This is the situation wherein her passion and dedication turns a man’s heart into gold. Even four years after marriage she couldn’t complete her education. Her husband’s family never really supported her to help her abilities shine. No one was there to provide guidance or help her cope up with so many concerns in her mind every minute, every hour of the day except her husband at times. She was blessed with a baby girl in the winters of this fourth year of her marriage and then slowly things began to take shape. The very next year she was successful in completing her CS and now the ones who abused her passion were the ones who were praising her. The tables had turned and hostility almost seemed at its closure. Even after this thing weren’t easy but she was happy she had accomplished what she madly loved, her “education”.

She fondly quotes, “life is a fairy-tale and fairy tales are meant to have a happy ending”. Today she is a housewife who had worked for a brief period and had ventured into tutoring young children. She is a blessed singer, a gifted artist and the best mother. Her elder daughter fondly calls her, her best buddy. Rimjhim hopes and wishes for the best career to her daughters and wishes they thrive even more than her and reach where no one has ever reached. Rimjhim loves her life and her challenges and is a living example to her family and friends. 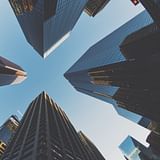 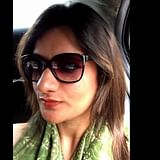