FOOD FOR THE HUNGRY 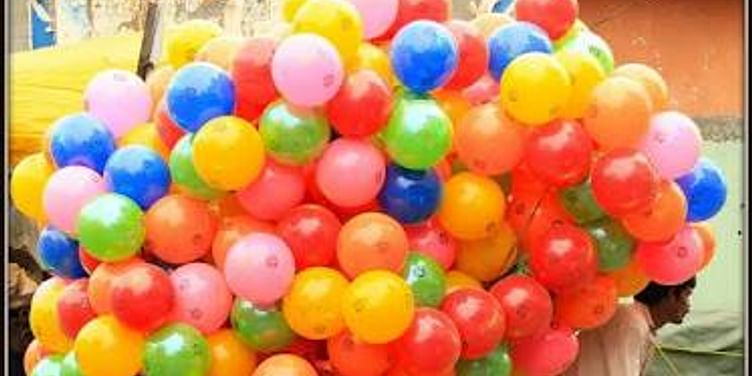 “In the house of a good human being, four things are never absent: a proper seat, a place to sit, water to drink, and courteous speech. A bed for the ill; a seat for the tired; water for the thirsty; and food for the hungry.” MAHABHARATA

Gautami had heard this from her grandmother many times. As a child she never understood the meaning of these words. But today’s incident reminded Gautami of her grandmother’s teachings. She had come to the old city area for Diwali shopping with her husband Bimal. The old city, as usual was glittering with festive lights and almost all shops were having some good offers to attract the customers during the festive season. They had spent almost four hours shopping for clothes and gifts for the festival, and still there were some items left on the list. The last destination of their shopping trip was the huge market near the old city. The market today was over crowded as only a week was left for the festival of lights to begin. Roads were full of street vendors selling various items like diyas, torans, rangolis, and various puja items.

It took long for Bimal to drive through a small stretch to reach the parking area. There were cars, bikes, vendors and pedestrians overflowing from all sides of the road. As Bimal turned into the lane towards the pay and park area, Gautami got down to look at a nearby stall that sold old books. She was engrossed in her search for some good old book which she had not read so far. Just then she noticed a middle-aged man came and stood next to her. She looked up and saw he was a balloon vendor with balloons tied on his bicycle. She gestured that she had no interest in buying balloons by shaking her head. But he didn’t move away. She looked at him once again. It seemed that he wanted to say something to her. When she asked him what he wanted, he said “Madam bhook lagi hai, kuch khane ko leke do na”. He looked very tired and helpless. His face was full of grief and misery as if he need of some food desperately. Gautami was puzzled and for a moment didn’t understand how to react. He added, “Madam, aaj jyada balloon nahi bika, bhook lagi hai lekin khane ke liye utne paise nahi hai.” Gautami had seen many balloons tied on his bicycle. And it was almost 8 pm, so there was little chance of him selling the rest to earn for that day’s meal. She thought for a moment and said, “Kahiye kya khana chahte hai aap?”

As she asked this question, the balloon vendor quickly started looking at various shops lined there selling various delicious foods. After looking at all the shops, he finally decided on having a Chicken Frankie served at one of the stalls. Gautami placed the order at the frankie stall, made the payment, and instructed the stall owner to serve the frankie to the balloon vendor. She had just finished paying for the frankie when Bimal joined her. He looked a little confused finding her at the frankie stall and talking to the balloon vendor, but did not say anything. Before they went in to buy some more things, Bimal wanted to have a cup of coffee, so they went and sat at the nearby restaurant. After placing the order, Gautami narrated the incident with balloon vendor to Bimal. He said, “You could have just handed over some money or bought two vada pavs! Asking him to choose, is what I cannot understand”. She looked at his confused face and said, “I don’t know if my act would be considered good or bad, but when this man asked me for food I could not think of just giving him some cash or buying something cheap, just because he’s poor. Instead of this poor man, any friend or relative, would have asked me to buy them food, how would i have reacted then?” She continued, “I would not have even thought once before buying their favorite food. Wouldn’t I ask them to choose what they wanted to eat from the various options available? I did the same for this man. We overfeed those who already have everything, but become misers when it comes to feeding the needy!”

Though Bimal agreed to each and every word Gautami was speaking, he was stunned at the way she thought. He said “Gautami, you have a very compassionate heart and I am proud of the way you thought and acted. I would not have behaved in similar way in the same situation”. Gautami told him, “I remember my grandmother used to teach us many things when we went to visit her in vacations. One of them was that feeding a hungry person is the most noble action. She used to say God sometimes comes in disguise to take our test. I remembered her words when I saw the balloon vendor”. “Everybody is busy, in festive mood, spending more than needed in buying gifts to give away to their friends and relatives, who absolutely do not need those gifts. This man wanted to get the experience of relishing the delicacies he saw being served to people everyday. I feel so happy that a simple act of mine could give him so much pleasure. This was our Diwali gift to the balloon vendor.”

Bimal saw a very different Gautami at that day. Her face was glowing with satisfaction, empathy and care at that moment. Today’s incident reminded him about all the things his grandparents had taught him when he was young. He could never understand the values of those teachings when he was a child. He felt proud that Gautami had actually practiced those teachings today.