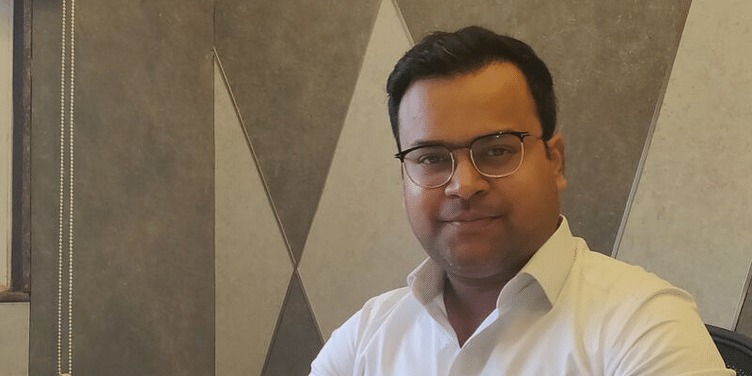 In 2015, Aayush Madhogaria (26) joined his family’s business against their wishes.

The Madhogarias were running Jagannath Iron Foundry (JIF) in Howrah near Kolkata for four decades, but they felt they were in a sunset industry.

Aayush quotes his family saying to him,"IIM ka ladka dhoop aur dhul main kya karega, aur usmain to paisa bhi nai hai? (why should an IIM graduate work in sunny and dusty conditions, especially when there is no money in the business?)"

But the IIM-Kozhikode graduate was not ready to let the foundry die, and he first identified the root of the problem.

“JIF manufactured cast iron products such as pipe fittings, manhole covers, valve bodies and other engineering castings. But they were sold rough and without any value addition to local traders,” Aayush says.

At that time, JIF had just two manufacturing units, owned outdated infrastructure, and had never upgraded its manufacturing technology. For a company started in 1972, this simply wouldn’t do.

Further, his family and industry stakeholders told him there was no room for innovation and growth in the foundry industry.

“They told me the established players were too big, and that West Bengal had lost the plot in engineering. I was told it was the worst state to think of building and growing an engineering business,” he recalls.

Despite all the negativity surrounding him, Aayush decided to go against the grain. He was determined to build a world-class engineering business out of West Bengal.

“At the time, JIF had an annual turnover of Rs 6 crores. After I joined, a lot happened, right from selecting pieces of equipment from different small factories, getting suppliers to improve quality, and bustling through the smelly, narrow lanes of an old industrial town like Howrah to source parts,” he says.

Till 2015, the business only sold in a local radius of five kilometres. So Aayush came up with strategies to sell value-added iron castings products across domestic and foreign markets.

Driven by his entrepreneurial zeal, JIF grew over five times in four years and recorded a turnover of Rs 30.5 crore last year.

Where it all began

JIF was started by Aayush’s grandfather Basant Lal Madhogaria, an iron and steel trader. A local pioneer in setting up foundries for others, he started his own iron castings units and named it Jagannath Iron Foundry.

Aayush recalls, “The first product he made was for the Indian Railways. He made iron sleepers for the railway tracks. But when the sleepers were changed to concrete, there was suddenly no demand for his iron sleepers. This caused a big problem for him in the 80’s, but the company survived.”

JIF then started making and selling other unfinished iron castings products. The metal cast components had a wide range of applications in sectors such as auto, defence, aerospace, textile, machine tools, pipe fittings, and more.

But JIF’s limited market for sales and the low margin on unfinished iron castings products was hindering its growth.

This went on through 2012, when Aayush had started his own LED lights solutions company. He started up in the LED lights space after rejecting a job at Asian Paints and being discouraged from joining the slow-growing family business.

“In the very first year at the LED company, we did about Rs 50 lakh of business from a meagre capital of Rs 5 lakh. We started offering lighting solutions to jewellery shops, real estate companies, restaurants etc,” he says, adding:

“I soon understood that in order to grow, we needed more working capital to buy material in bulk and to execute big orders. But no bank would fund us, and the business at the time was not too strong to elicit investor interest. I did not want to turn to family for help. So I shut it down, paid off the employees, and decided to join JIF.”

Aayush came up with a two-prong strategy for the brand. One, make and sell finished access covers (municipal or drain covers) to foreign markets under the JIF brand. And two, act as an OEM (original equipment manufacturer) which makes and sells pipe fittings and valves to other Indian brands.

“We started making access covers for the export market when I joined. There were million-dollar companies in Europe in the same space, so I thought access covers were a good idea. We also tied up with a few foreign companies to get our products out there,” Aayush says, adding that JIF is also selling in Middle Eastern markets under its own brand name.

To make an impact in the market for access covers, JIF worked on bringing down the cost of its products.

Aayush explains,” The demand for cast iron is going down even though it is cheaper. Ductile iron products are on the rise even though they are more expensive. So we make access covers from ductile iron, but we develop them at a lower weight to bring down the cost. At the same time, we ensure they pass all load tests and third-party inspections.”

After figuring out this approach for making and exporting access covers, Aayush defined a domestic strategy which hinged on leveraging JIF’s capabilities in making pipe fittings and valves of various sizes and dimensions.

“Earlier, we made only valve bodies through rough casting, but now, we make various finished products such as butterfly valves and air valves,” he explains.

Despite progress in the production of pipe fittings, Aayush says JIF didn’t try to become a big brand. “I started offering OEM services to others, such as valve companies in other indian cities. Through selling the finished goods to others, we have become an end-to-end OEM in this market,” he says.

To manufacture and handle orders for all of JIF’s iron castings products, there are around 60 employees on the company’s books, and another 300 to 350 contractual workers who are allotted work basis project requirements.

Challenges and plans for the future

JIF’s growth over the past four years has not come easy. Aayush identifies building buyer trust as a key challenge in scaling up.

Prospective buyers were not too impressed with the company’s aging infrastructure before its upgrade, which resulted in a chicken-and-egg situation.

“Nobody wanted to buy from us because we didn’t have the best infrastructure, and we couldn’t get new infrastructure until we got money from new orders,” Aayush explains.

He realised the problems need to be solved parallely, and got the company’s financials together. “We plowed back as much as possible back into the business to improve our infrastructure. Slowly, we added new machines and labs,” he says.

He also identifies managing cash flow in a capital-intensive industry and hiring the right talent as some of the other challenges he faced in transforming JIF.

But with a new plant worth Rs 13 crores, things continue to look positive for JIF. Focussed on making ductile iron products for exports, the new plant has a lower dependency on manual labour, and features improved quality and process control, he claims.

“We have set a target to reach Rs 100 crore in the next five years as we plan to enter more markets and expand our product range. In the next three to four years, we wish to tap into the equity market as we look to expand infrastructure, add product verticals, and widen our team and presence globally,” he says.

He also says he is “tired of hearing youngsters look down upon their family businesses.”

Aayush maintains he wants to inspire in them a feeling that what the older generations have accomplished is considered true entrepreneurship.

“Entrepreneurship doesn't always mean startups and IT. Core engineering businesses and brick and mortar businesses can also help make a mark in society.  It's all about understanding the business and setting benchmarks for yourself,” he says.