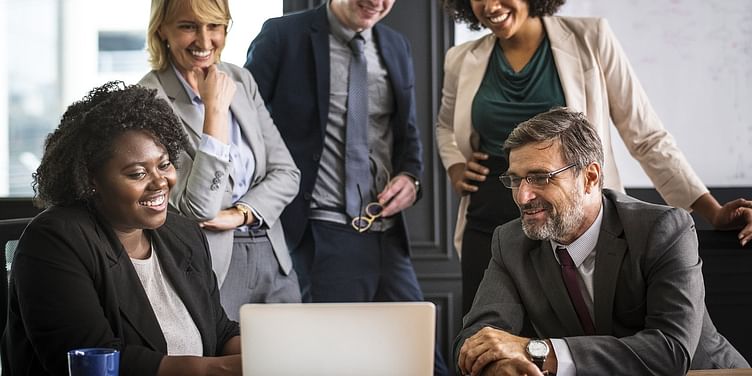 Who is the most important person on a project team? The project manager? The subject-matter expert? The accountant? The CEO or the client?

Who is the most important person on a project team? The project manager? The subject-matter expert? The accountant? The CEO or the client?

The answer is: none of the above. Every team member is equally important, as they all play critical roles on the team and can impact on the success or otherwise of any project. Managing a successful project, therefore, comes down to how you create and manage your team.

According to an article by Andy Cox, the president of the Cox Consulting Group LLC, published on the project management advice website, Project Smart, the most important element to creating the most effective team is team composition and communication skills.

“The ability and willingness to recognise and value the different roles and contributions of team members is essential,” Cox wrote. “Every team needs problem solving, influence, process and compliance behaviours and values if it is to be successful.”

Cox explains that as different team members excel at different contributions this can create conflict and as a result the key to getting the most out of each member is training in communication skills, how to recognise and value different behaviours and which personal skills will be needed for success. This is backed up by leadership coach, Carly Sime, who wrote in an article for Forbes that team members should be chosen for their dependability as this will greatly enhance trust inside the team.

Cox advises that no team or individual team member will work well without “specific, measurable, attainable, realistic and time framed goals for the team. Failure to do this is the single biggest reason that teams fail,” he added.

Sime agreed saying that team structure and clarity were very important as was a clear definition of roles and responsibilities. It is very important that not only the project manager, but everyone on the team has a clear picture of where you are going and why. This will not only help them to be more effective in their work, but also is a powerful motivator.

Studies have shown that people want to be recognised for their roles as a team member and be rewarded for their own accomplishments as well. As a project manager, you should be careful to stress that every position adds value to the team and that all roles are important. This will build unity, keep individuals motivated, and in turn lead to better results.

Psychological safety – getting a feeling of security and trust inside a team – is also very important for team success as it would determine the level of risk that team members are willing to take.

“Psychological safety is defined as a belief held by team members that the team provides a safe container for them to take risks,” Sime wrote adding that this means team members should be confident that they will not be embarrassed, rejected, or punished for speaking up. She also advises that it would be good to make sure that everybody gets a chance to speak up. This confidence stems from mutual respect and trust among team members,” she wrote.

By incorporating a few essential behaviours and elements, it is possible to create the best working environment. These are to prioritise trust, promote a culture of learning and curiosity, encourage accountability and personal responsibility, demonstrate and encourage active listening and focussing on delivering on project milestones in a productive way and not as quickly as possible.

“Get clear about the shape of the work, look for opportunities to make the most of the project - this may be by supporting the growth, learning and development of team members - and think about ways that you can get more from the project's delivery than just the completed product,” Sime wrote.

Lazlo Bock, former head of People Operations at Google and now owner of the company Humu, wrote in an article for Yale School of Management that his research taught him that psychological safety was the stand-out factor driving team performance.

“It’s not team composition. It’s not your background. It’s not whether you’re a good or bad performer. The foundational thing is psychological safety. So the most important thing you can do, if you are trying to build an effective team—no matter who you are on that team—is to create an environment where every voice feels heard and everyone feels free to share their ideas,” he wrote.

Sime wrote that it would be best not to shy away from conflict in a team set-up but rather making sure it is handled well and resolved. When something goes wrong in a team, a focus on the best outcome rather than blame is a much more useful approach.

“Blaming individuals should be banished,” author George Pitagorsky writes. “Blaming is dysfunctional. It inhibits creativity and candid communication, creates discord and makes it virtually impossible to identify and address the real causes of poor performance.” He explained that often team failure is a system one and not the work of individual team members.

Some of the most successful teams perform work that was meaningful for each individual member on a personal level. Team unity and desire to succeed as a group can be a powerful motivator, but individual passion and meaning is an even stronger driver. Wherever possible, have your team members work on tasks that have a personal meaning and value to them, for better overall results.