If you are a fan of the famous brand Apple then, you might have obviously heard about the iOS 14 as it is the latest Apple’s invention.

If you are a fan of the famous brand Apple then, you might have obviously heard about the iOS 14 as it is the latest Apple’s invention. Before iOS 14, Apple introduced iOS 13 which was best in its features. But users were not satisfied with this product as they had to face various issues with this product. It is required to be updated from time to time in order to improve its performance and for the stability of the operating system within a short period of time which was very difficult to follow.

Fortunately, Apple launched iOS and broke that trend. As per the report, this latest creation of Apple is capable of identifying as well as removing all the issues. But now the questions might arise will iOS 14 features improve the performance?

Here on this page, we will cover up everything- from its expected releasing data to its internal development to all its features. To know about the iOS 14, follow this page till the end.

What is the Expected Releasing Date of iOS 14?

It has been a long time since Apple was silent about the release date of the iOS 14. So, if you want to get an idea about its release date then, look back at the previous versions of the iOS release schedule. Apple follows almost the same kind of yearly release of the schedule for iOS, IPadOS and, macOS.

Apple mostly releases its updates in mid-September and based on that we can expect that iOS 14 will be released from 14 to 18 September 2020.

Here we are highlighting the last five years’ release dates of iOS.

There are several times that Apple announced its new iOS. Every year in the first week of June at its annual developer-focused WWDC event, Apple announces its upcoming software updates. We expect that the same will be followed for this year as well.

After the announcement, developers are allowed to access the software so that they can verify all the apps and make them up and running before it gets released to the public. Usually, it happens every year in the mid of September.

There will be a Public Beta in iOS 14, that people can easily access and it will be a great opportunity for Apple fans. However, users can use it as a trial version and can complain about the issues or bugs before the general release.

It is a cautious decision that Apple has taken to correct all the issues before the developer build is released for public use. We can even expect that the public beta might come on 29 June 2020.

Apple has made a deal with the French Site Phonesoft for creating Apple Maps. It ensures that iOS 14 will be as compatible as iOS 13, only one feature will be missing from the list - the latest iPod touch.

If the rumor is true then we can expect iOS 14 will support all of them including iPhone SE and the iPhone 6s.

When iOS 13 was released, people had to face various issues including technical glitches, crashing apps, and others. From the initial stage, Apple was aware of the fact that iOS 13 had several defects.

But we anticipate that the same will not happen in the case of iOS 14 or others as it has been ensured that Apple itself will raise the software issue in daily iOS builds so that it can restrain and fix all the issues before it will be released for public. We are hoping that Apple will focus and add a whole bunch of new features and will focus on the overall performance.

Though it has not been confirmed yet but based on the rumors we are already excited to explore its all-new features. We are already satisfied with its look along with its updated icons, always-on display functionality. Here, we are mentioning the list of the features that we are expecting from iOS 14 as given below.

Hopefully, this page has given you enough information about the upcoming version iOS 14. We believe it will be successful to give us a unique experience that we have not got from the earlier Apple iOS versions. 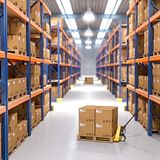 IMPORTANCE OF WAREHOUSING TO YOUR BUSINESS 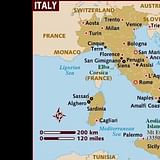