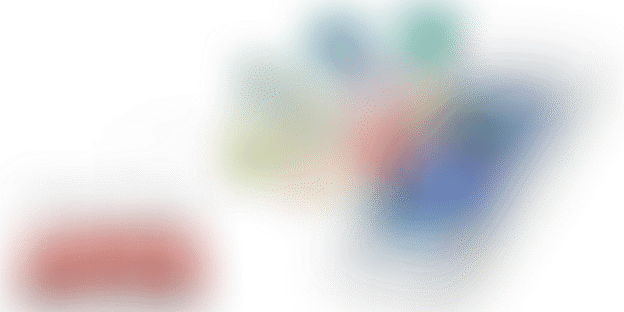 Earlier digitalization meant websites! However, in today’s era digitalization has transformed to become app-based platforms rather than just being limited to websites. Today, with an increased demand for smartphones, the demand for applications serving all daily needs have increased too. There are many ways that audiences today are dependent on these applications for their daily tasks. Like, Zomato the food delivery app serves thousands of customers daily by delivery food 24X7, messaging apps, free-money transfer apps like Google Pay, Bharat Pay, BHIM etc. have excelled and have succeeded in having good number of customers too. However, iPhone app development is said to be the best platform for business app development as it has much perks that Android lacks. Check out as we bring why iPhone app development is the future and how it is better than Android:

App development has gained visibility over the years with an increase in the demand for apps by the audience for different purposes. App development can be either on Android operating system or on iOS. However, iPhone App Development Company is more in demand as it serves a plethora of benefits that has made it more celebrated and an in-demand platform by most of the business owners. Apple establishes strict standards for security of its applications and that is why, its development is high in demand, as businesses know it is the best one to choose to keep their data safe. Apple also makes sure that apps developed on its platform are specific to the iOS design and is standard enough to meet business needs. The platform aims to bring seamless UX and UI, build continuity and be different from the league making it the best for your business requirement.

IPhone app development is so famous because it has the capability to turn dreams into reality. It is actually making way for enhanced app results, building brand image positively that will increase its demand among app developers. Since iOS serves all that a business application requires, it is easy to meet customer requirements; meanwhile as it is the best-secured platform, development is easy and is more trustworthy. Checkout as we have iOS app development benefits below:

Coding is the base of application development and as Java is used for Android app development, iOS uses Swift! Swift is better and efficient than Java as it promises improved results with very few codes. However, in Java you have to get along a lot of coding that is not worth when it cannot match the same level of security as iOS. Swift is also an amazing translator as it conveys the computer what the developer desires.

Android demands longer coding process and that is why it takes more time to bring its application to user access. However, with Swift technology iOS brings better and faster apps to the market that is efficient to beat the competition, as it knows the value of time and customer needs. Android app development also has to be debugged after development, however, iOS has fewer chances of bugs and are comparatively more reliable than Android.

Apple mobile users are mainly from a higher income group and can spend on different applications. This is the reason its revenue generation is easy, however with Android, it is just vice-versa. Apple even pays more to its developers and this is why the demand for iPhone App Development Company has also increased.

Android applications are more prone to bugs and errors as it runs on different brands and platforms. However, iOS app development is uniform. This is because it is made for specific devices and versions and thus fits them without any hassle. Nevertheless, the same is not the case with Android as it runs for different devices, screen sizes, and brands and thus a difference in customization and work performance is sure to arise diminishing its quality when worked from one smartphone to the other.

IOS emulators are undoubtedly faster than Android and therefore Android app development is far behind Apple. Speed plays a vital role in app development and iOS succeeding here can definitely make it tough for Android applications to excel. Emulator becomes an important pointer for iOS success after Android gives a different performance and results with Java.

With the increasing demand for iPhones, there has been an increase in the demand for iOS applications too. People today take iPhones as a fashion statement and this brings to notice the need for iPhone app development company and iOS developers. This increase in demand highlights that iOS applications have excelled in winning customers’ heart and will continue to rein the app development industry.