Is Web Scraping Legal in India 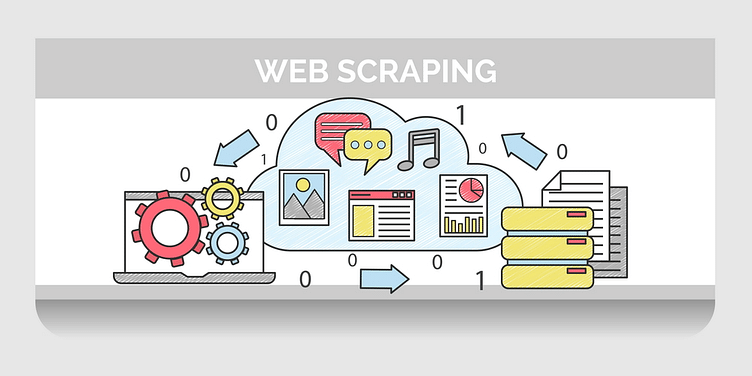 Now just say that you need to determine the data from the web, an there is no other way for downloading it, then here web scrapping is the ability which will be used for extracting the data into the useful format and can be imported as well.

Introduction to the concept of web scraping

The term Web scraping is the tool or process for collecting the information or data from the web pages. A scraper is a script which parses the site of HTML. Scrapers are not successful in the situation of re-designing. Some of the popular languages used which supports web scrapping and included libraries in it –

There are many such libraries which provides support to web scraping, we will dive into the web scrapping tool using the libraries of appropriate languages.

What is meant by web scraping?

Mostly, the beautiful soup library is easy and highly recommended which is helpful in the management of data on the web and provides you the accuracy in the web scrapping tool.

Those without any knowledge of programming could just scrape the data on their own as per their requirement. For more tools, you can take the survey on the different types of web scrapping tools.

Is Web Scrapping Legal in India?

Technically, you can make use of the extracted data into your website with any one of the web scraping tools such as Agenty etc. Thus, the issue is whether it is legal to use that extracted data or not. Thus, the proper advice is to contact the owner of the data before using these data, though it the extraction of it is public and anyone can see or use it.

Thus it is believed that you will be just obtaining the information or data from the website and using it non-commercially. If so, then it is not seen any of the infringement of IP in such a place. This data must be publicly accessible which anyone can have the manually scrapping without any means of automation. Then too, there is no violation of laws of IT and any criminal offense in this place generally.

Hence, you keep it in the logical portion. If you enable anyone to get enter your house from the main door generally and if he/she choose to come from the boundary wall-crossing. Then will you allow them to enter your home, as you were allowing to it previously? Also, recognize that you are not friends with them and does not even know them. Thus, here you understood this example and now just relate this to the extraction of data. It is believed that it may be any case of trespassing the property. Thus, the law of Indian property which is not allowed to be applied for properties such as websites, still it is believed that this case may raise their liability.

Displaying the data for most of the websites can be viewed using the web browser. They need not provide the functionality for saving the copy of this information or data for personal use. The only option is the manual copy and pastes the data – the very studious work which can take any time or some days for completing it. Web scraping is the tools for automation of the process, so that instead of manual copying the website's data, the scrapping of web software will evaluate and work the same task within the time fraction.

The software of web scrapping will automate the load and extract the data from many pages of websites which depends on your needs. It is custom built for the particular website or is the one which can be configured for working with any of the websites. With the click of any button, you can save the available data from the website to the computer.

In this article, it was showed that web scraping is the process of extraction of data from the websites where all the job is carried out the piece of code that is known as ‘scrapper’. First of all, it sends a query of ‘GET’ to a particular website. Then it parses the document of HTML which depends on the desired outcome. After the completion of it, the scraper searches for the information you require within the document, and then finally, transforms it into some specific format.

The data can be anything such as videos, text, items of products, images, contact details, etc.

4 Ideas to rejuvenate the customer service in a retail outlet

We're in the cloud! How does the cloud impact our daily life