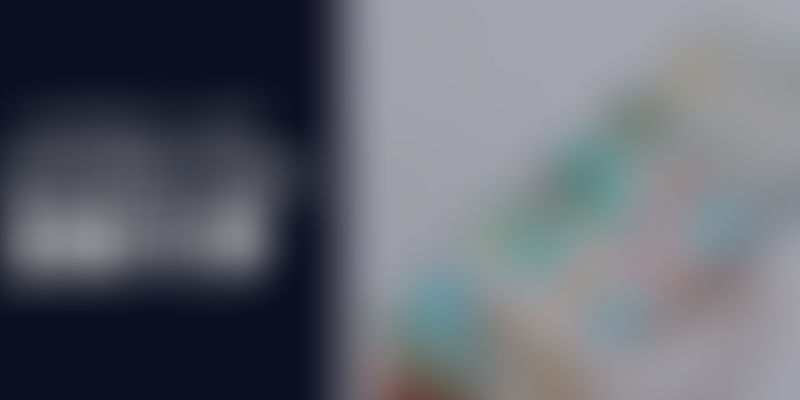 In the face of constant technological advancement, the mobile app industry has witnessed a tremendous revolution. With each passing day, the industry has something new to deal with adding a new layer of technology in its domain.

So, earth has traveled 365 days and now we are one digit up in the calendar.  2019, it is and now is the time when you scan the last year and meddle into the issues to come up with modified trends. Could be that there aren't many changes in your day to day life but the face of the mobile industry is continuously changing and for the good.

According to Statista, it is anticipated that the total number of smartphone users would reach 2.5 million by 2019. Also,  the total apps across the world sum up to 2.1 million as Android apps and 2 million for iOS users.

Truly, the app industry is evolving at an excellent pace. And so is the competition. When there is such a huge opportunity for growth, software enthusiasts are seeking future in the industry of mobile app development. Having said that, it is imperative for all the app developers to stay informed on the emerging app trends and work on upgrading their skills. The only way a developer can sustain the ever-rising challenges and face-offs is by being not the best but definitely, better than the rest.

So, let's have a quick look at what are the mobile app trends emerging in the year 2019.

Internet of Technology or IoT as we all say and know is among the top trends of 2019. Earlier, it seemed much of a buzz but later, after realizing it's potential,  app developers are seen incorporating IoT across multiple industry verticals like Healthcare, Transportation, Construction and E-Commerce. IoT provides intuitive platforms that could monitor non-IT elements using apps based on IoT.

Nearly, all developers today develop apps having IoT based features and this accounts for the fact that the total investment in IoT would reach $120 bn by the end of 2020. Though, the after deployment features appeal to all of us but creating an IoT based mobile app is not that simple.

App developers need to choose a platform that would help them base the required features.  Only a viable platform help developers build an app. Few of the common ones include:

One of the most comprehensive upgrades in the industry of mobile app development.  The idea of machine learning and deep learning are no longer unknown. Apps such as FaceApp, Siri, Google assistant or Replika are already out in the industry and people are well versed with its technology and likewise the benefits.

Blending deep learning with machine learning gives your app a bed of real-time features with significant data. Where the Industry of ML is leveraging at the rate of 40% with the anticipated revenue to reach $9 billion by 2022, the industry of AI is expected to hit $40 billion by 2020.

True that the industry is now settled, yet remains one of the best trends in the following year too. Till date, the medical and the manufacturing industry have driven maximum benefits, but with rising numbers, it is expected that Artificial Intelligence would soon find it's placed in different industry verticals.

With more and more people shifting to the digital lifestyle, a common trend witnessed worldwide is the influence of wearables. As anticipated by a report of Business Intelligence, wearables would experience a rise of 35% by the end of 2019.

Earlier, smart watches were just fancy watches worn to upgrade your style and personality but with aging technology and raising awareness, wearables are studded with additional features.  Where healthcare expert uses it to monitor the BP and heart rate of patients, fitness freaks wear them to keep an eye on their everyday physical activity. Whether you wish to track your sugar count or the calorie count,  the amount of cholesterol or the total km walked, wearables track all.

So far, all the technologies were new or in the mobile app development trend phase with limited success till date but the industry of on-Demand apps have hit the mobile app industry by storm. The everyday task, right from application trends of booking a cab to looking for a plumber, appointing a stylist to finding a partner, searching for a cook or finding a driver,  everything is available at a single click away.

On-demand apps have revolutionized the entire app industry.  Whether it is due to the ease offered by such apps or the crazy idea that fuels the growth, on-demand app industry surpassed the figure of $106.83 million in 2017. Even the oldest technology would not have hit such a huge number in a shorter time span.

Augmented Reality and Virtual Reality - the two hyped terms have inducted a multitude of modifications in the industry of mobile app development. The term Beyond Screen has changed the way people visualize. It's like a challenge to reality. They not only augment gaming apps groomed nicely but also instill a sense of virtual existence. No wonder why the trending game pokemon Go became so famous. With total revenue of $1.2 billion, Pokemon Go has 5 million active users.

The whole idea behind a virtual game entices people worldwide and this accounts for the success of AR and VR technology. Seeing trends of 2019 such a shift, the social media giants are now incorporating the AR technology to leverage user engagement generating higher revenue. In fact, Augmented Reality app development is  based on AR tools, which created such a hype that developers are now building software based on the same either to deploy gaming apps or designing apps. A report from Statista suggests the AR market rise to $209 billion in 2022.

Another rising trend in the industry of mobile app development is Chatbots. Of all the technological trends, virtual assistants do not involve any human interaction. Chatbots is the best mobile app development trends of 2019.  A must in the on-demand app, Chatbots are basically voice interaction with the device. Quick response time and credibility of information have accounted for its increasing popularity.

A survey reveals that the market of Chatbots would rise to 1250 million by the end of 2025. Several experts are merging Chatbots with the technology of AR/VR to give the industry new heights. Such solutions help business enterprises stand out from the crowd and etch success. One of the most important things is the management of customer relationship aided by Chatbots. Eliminating the need for a human to solve user queries, Chatbots help business verticals remain in the competition.

True that mobile apps ease most of our work. They are efficient and the fact that they are user-friendly adds to their popularity. However, to download an app, you need to have memory space.

One of the most common reasons for not downloading an app is no space in the device. People tend to uninstall apps after receiving less space notification. Under the given conditions, instant apps come to rescue. And this is beneficial not only for the users but also for the app developers. It is seen that instant apps leveraged the conversion rates benefitting the developers. Where regular mobile apps have a conversion rate of 20%,  instant apps rate of conversion scaled up to 27%.

Also, the leaders of gaming apps confirmed a higher acquisition rate through instant mobile apps as compared to regular apps. Circumventing the need to download apps, instant apps are less in size and, does not consume much space.  Instant apps offer facilities similar to that of regular apps with the only exception being that you need not download it.

No doubt, Mobile App Development are more of a necessity today. People use mobile apps not just because they want to be in trends but also because of the pool of advantages, it offers to all. Whether you want to shop,  book a cab, purchase groceries, order food, schedule an appointment with your doctor or perform bank transactions, mobile apps have made all of them easy.

People are always in search of a better channel that offers a rapid solution. In a highly competitive market, it is desirable that developers verse them on the trending technologies and corresponding advancement. There are millions of apps in the play store, reaching that place is easy but staying there and upsurging your position is what determines overall success. Keep yourself informed on all the app trends and the upgradation so that you can update your app and give users exactly what they expect.

Unfolding the untold story of the tech genius specialists