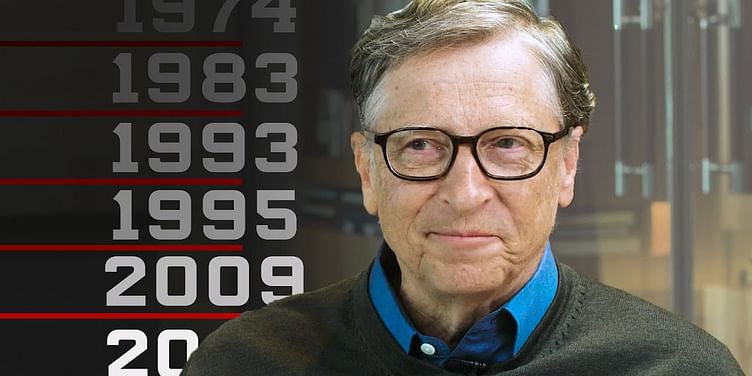 When you are an entrepreneur you know what to follow and where to find the inspiration. The journey of an entrepreneur is full of ups and downs and enlightening experiences as well. It also requires consistent discipline and the sheer amount of confidence. Most of the people will leave the journey in between as it appears astray to them. But those who love to grind themselves into work and follow the vision, it is the most rewarding job, lifestyle and growth in the world.

In all leaders, one can find tremendous growth, inspiration and zeal.

There are few lessons learnt to be an entrepreneur:

Always remember your time is your greatest resource, thus always prioritize your time. As per my experience, I always have a planner and tries to work according to it. Like in the latter half, the evening I have separated the timing for the hygiene, journalling and preparing list for tomorrow.

This always helps to keep me consistent and as per the schedule.

An inspiring example from Bill Gates is “never leave it for later”. This phrase is not present in the vocabulary of Bill Gates.

It was mentioned by the Entrepreneur during the Charlie Rose interview that" time is the only commodity money cannot buy”.

He says he can buy anything he wants but he cannot buy time. With this mindset, he always plans his days meticulously and makes sure that every second is utilised to perfection.

“It is always said that either time run into you, or you run into time”

Bill Gates makes sure that the day is well utilised according to schedule. It is important to take a sense of urgency for time, as it will PACE out one day, so always use it wisely.

It said that “ Eat The Early Frog”

When I am most active in the early morning, I try to complete my most gruesome and worrisome task in the morning. One of the easiest tools to manage time is timeboxing, which is structuring and planning your time. It helps to eradicate the repetition of the tasks, keeps one away from the distractions. It also involves wasting too much time on the particular task and thus keeping the productivity levels at an epitome.

For me, it has several benefits :

When you have already completed the toughest task in the morning, so the rest of the remaining tasks seems to be must easier by comparison.

It also avoids procrastination of the tasks

I was always curious about the number of sleep hours of the successful entrepreneurs and to my surprise, it was never less than 6 - 8 hours of the night's sleep. And surprisingly, Bill Gates is one of them, though he is considered as the night owl, as his sleeping patterns complete 7 hours of sleep. So, it is quite high for the world’s richest man.

Never miss on sleep guys, as it lowers productivity.

4. Vouch on the Minute Stuff

For the richest man in the world, Bill Gates, it has been seen that he always carries a book in hand and reads between the meetings and work. A few advantageous snippets. Believe me, these few seconds also reduce stress levels and work wonders for it. Always remember these mindless breaks matters a lot. But when one scrolls through Facebook, it initiates with the single minutes and ends up in mammoth 30 minutes and also involves mindless scrolling. So, it is always better to write down the thoughts or read a book.

I am without a doubt a culprit of thought school that I can complete SO MUCH in a week and after that feeling exhausted, just to think back a year later and wishing I had gradually kept at it. As we can interpret from the quote of Gates. We often fail to interpret the long term utilization of the time. Try not to stop, a long time from now, you will have achieved to such an extent. Simultaneously, don't attempt to achieve it all in a month or a year. Keep at it. Invest time in the process as it is long term and meticulous process. So, invest your time diligently and work as per your time table.

Email filtration can be a major task for your crew. As said by Bill Gates, his team filters the major chunk of email daily and only gives him which are important. So, it is always important for you to decide what is important and what is not. There will be issues which will need your immediate attention, and there will be distractions which will occur and your immunity should be stronger to this fact. It is you who have to choose the most important task and which will prioritize the fact too.

You can delegate things and most importantly you can learn to SAY NO.

It is said that nothing can beat the old writing diary but with the advent of the new technology and smartphones, the tasks can be penned down in the phone as well.

For this Gates uses an Outlook Calendar and Sharepoint to organise the calendar. Even I use Evernote for the important meetings and also as a scheduler.

What about you? What do you do?

Sometimes we don’t know about the online software which is required for the scheduler so what should be done?

One should write down important issues you have and quickly search for the online Apps which is quite handy.

These are the few lessons which I have learnt from Bill Gates and one important thing which I have been doing, is schedule and do consistent work.

People will say that Bill Gates work is a work of genius and it is unattainable. This is  wrong notion as everything is attainable, just be consistent and scheduled work.

Just follow the advice of Gates and you’ll be close to billion!