Prime Minister's ‘budget balm’ on SMEs: They may benefit from cheap loans in this budget 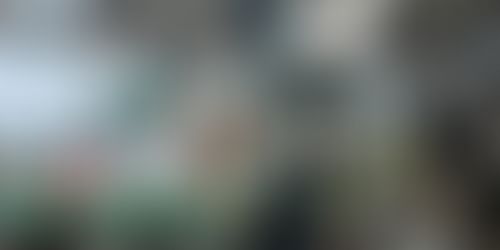 It's a well-known fact that small business groups in India have been mostly critical of the present government for quite a while now - after the demonetization (‘DeMo by NaMo’ ?), followed by the GST implementation.

The Modi Govt. is looking at this interim budget as a perfect opportunity to reduce the apathy of the SMEs and may come up with some ‘balms’ in this interim budget to soothe their grievances. According to sources close to the Finance Ministry and having credible knowledge of the matter, the PM is mulling to offer cheap loans and free/cheap accidental coverage to small business.

Placating the key voter bloc related to the SMEs is a prime concern for the PM ahead of the impending general elections in April-May year. Many small business firms had to bear the brunt of the sudden banning of hi-denomination currency notes in 2016. The subsequent GST (goods and services tax) implementation is also believed to have raised the compliance costs for a majority of these small companies.

To win this section of the voters back ranks very high on the PM’s agenda and the need is felt even more after the recent poll debacle in 5 states last month. The recent announcement of GST concessions and the tweak in the e-commerce policy to slightly favor the small businessmen may be seen as a few immediate steps in this direction. The Bharatiya Janata Party (BJP)-led Govt. is widely thought to announce many such measures, come the “D-Day” on February 1st.

The Finance Ministry may work on the viability of offering a 2% discount on loans to businesses with an annual sales volume of less than 50 million rupees. The banks will later be compensated for the costs incurred in this regard. Small businesses with a excellent credit rating will be able to get bank loans in the range of 8%-10% and those with a lower credit rating will be entitled to get loans in the range of 13%-14%.

But, one point of concern here is that – only 4% of the small enterprises in India have exposure to bank credit, according to Praveen Khandelwal, the secretary general of the Confederation of All India Traders.

He is of the opinion that 30% of the loans belonging to Small Indian enterprises come from the shadow banking sector of the country. More than 50 % are still coming from the private money lenders who are charging exorbitantly high rates such as 25% per month.

Therefore, the Government is considering some steps so that more and more small businesses have access to bank credit. The Government is thinking to issue directives to the banks so that they keep a unique window for increasing the credit flow for these SMEs.

Other Govt plans in the pipeline may include offering a free accidental insurance cover up to Rs 1 million to businesses having annual sales amounting up to Rs 100 million, pension schemes for Govt-registered and retired traders and increasing the annual discount offered on interests paid by women traders on loans. Moreover, employees of small traders who opt for state-owned insurance schemes may also receive discounts.

No official words on any of these  ‘budget-balms’ so far but enough whispers are doing the rounds in the finance ministry corridors that SMEs are due to get some well-deserved rewards in this interim budget.

We keep our fingers crossed till then!