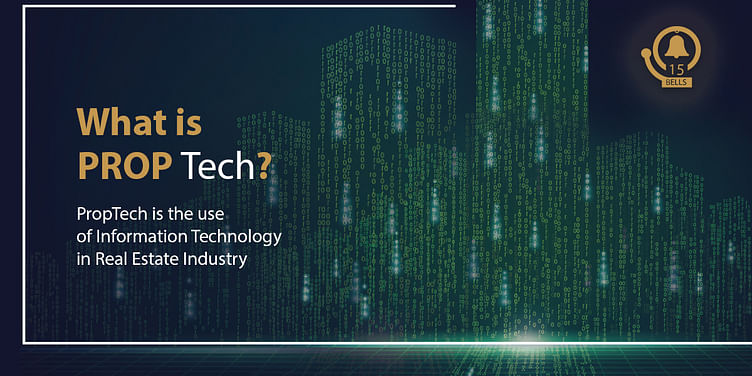 It’s the entire buzz. You hear the word in your corporate circles, your board meetings and read it in Forbes articles. It's the new big thing in the real estate sector and your search has landed you here, at this short read, which should help you catch up.

Before we dive into the various things real estate startups in India are doing within this niche, let’s go over some basic definitions first.

PropTech, short for Property Technology, is an abbreviation for everything technological to do with Real Estate. It follows the same principle as its much more widely acclaimed brother, FinTech or Financial Technology.

Considering the broad scope of that definition and how it can cover pretty much anything ranging from Amazon Alexa to online real estate bookings, there have been a couple of attempts at narrowing it down.

One of the popular definitions is by James Dearsley.

PropTech is one small part of a wider digital transformation in the property industry. It considers both the technological and mentality change of the real estate industry, and its consumers to our attitudes, movements and transactions involving both buildings and cities.

While more wordy, the vagueness illustrates exactly how this phenomenon can incorporate diverse stakeholders including consumers, entrepreneurs, construction workers, online E-Commerce platforms and existing real estate giants among others. No wonder the clout about investment in the sector doesn’t end. It practically covers every possible economic activity in it.

Vincent Lecamus provides us with a much more concise alternative to work in his read on the online platform, Medium.

Smarter Dharma is an example of a PropTech motivated company. 6 years old as of 2019, it focuses on resource and cost efficiency in the construction processes. According to this article by Abhinav Singh published in THEWEEK, it has helped save up to 2,500MWH of energy, 4,000 KL of water while preventing 1,400 tonnes of waste using technology.

Another piece of evidence for the rising significance of PropTech is noted in the same article. A good number of the real estate startups in India are a part of Brigade REAP, Asia’s first Startup Accelerator Program focused on real estate. Initiated by Brigade Enterprises Limited, a Bengaluru-based real estate company, the programme was launched in 2016. It focuses on products or services which are implementable within the industry for commercial or residential projects. Some of the sectors which the programme covers include nanotechnology, cleantech, renewable energy and IoT.

15Bells is an undertaking in PropTech with an objective to simplify the real estate market for the end-user. With a unified platform for the buyers, sellers, leaser and leasee, it streamlines any activity within real estate for the fast-paced, interconnected marketplace of the 21st century. You can now get the best properties with the help of a scouting technology. Cool, right?

Such initiatives in PropTech are a considerable factor for the success of real estate startups in the country. Their effects are evident too. Since 2013, 77 deals were reported in PropTech which amounted to $928 million, noted by Sameer Nayar. Not to mention, the real estate and construction industry in India is the largest non-agricultural employment with an output of $150 billion annually.

Considering the fact that the real estate sector is quite archaic and outdated, PropTech seems to have a ripe market for growth in both application and research in India.