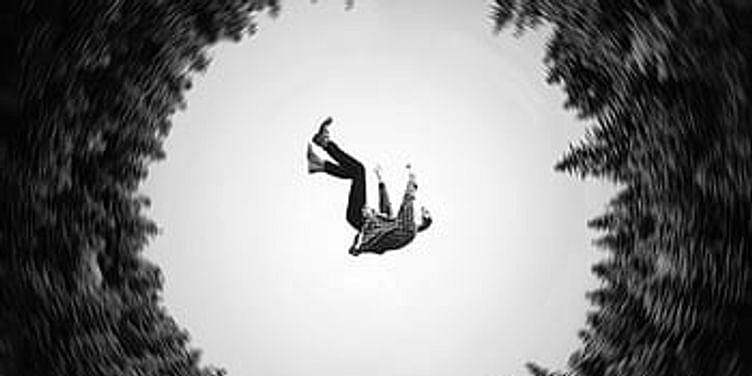 Read about the less-talked-topic and spread awareness.

"Mental health is often missing from public health debates even though it's critical to well-being." ~ Diane Abbott

It is a vicious cycle of injurious thoughts that plunder a person into self-destruction. Do people know about it? Yes. Is it enough? No.

Various articles, blogs, talk shows, posts have been written in the electronic media about this but few people are aware of its reasons and prevention. In our society it is looked upon as a taboo, something the "weak" person will do. They fail to understand, that life doesn't discriminate when it hurls grief at us.

It takes strength and strong power of endurance to deal with life and its challenges, and today, I salute to all the people who are reading this right now for being powerful enough to do that.

Considering the rates across countries and gender, men are more likely to "die" by suicide but the committing rate is much higher in women in the USA (13-21%). In India, suicide is the leading cause of death in the age group 15-29. The male to female ratio of suicide in India in about 2:1.

LGBT stands for lesbian, gay, bisexual, and transgender; a group of people who are shockingly boycotted by the popular opinion of the society. They are frowned upon and are treated in a “biased” way by people, a title the society wears shamelessly.

People belonging to the above-mentioned category might have at some point in their life, suffered from anxiety and depression. These aren’t words that should be thrown about casually. These are words that destroy and take life. These corrosive conditions hollow a person from the inside and leave him/her helpless.

It might shock some, but the rate of suicide among LGBT people is 2 times the number of straight people. The minor stresses the loved LGBT people face plunge them into depression. The prejudice of people and discriminatory behavior causes LGBT folks to doubt themselves. This doubt can lead some to be sick with suicidal thoughts and in turn, destroy the mental health of the person.

Teens have a lot going on in their life. They may have an image of being lazy, but their minds are constantly working. Thinking. But sometimes it's not only limited to lazy thoughts, and can also be plagued with suicidal thoughts. Thoughts, which drive them to harm themselves.

Even though each teenager is different from one another, but still over the years, certain reasons have been spotted in all of them.

Have you ever pondered, that how long your intervention into the life of a teen can go, how much it can aid in saving the life of a person? Not all teens show these signs of suicidal behavior, but it still good to know as you can spot them when you meet or might already know a teen who is grasping at straws.

It is high time we begin thinking of a concrete solution to this hardship as it better to indulge than to bear the hurt later.

I hope my write-up was enough to bring awareness about this issue. Hope this shapes the minds of people about this. Share this blog with people who you feel will be able to understand the graveness of this issue. You can reach out to me on , and give me tips on what topics I should touch next in the comment section.