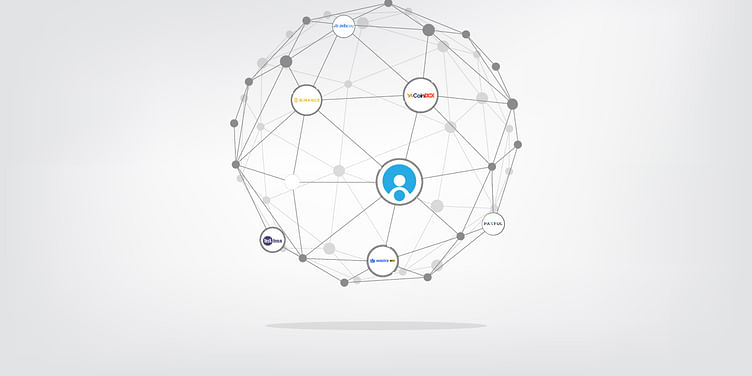 Paxful is a peer to peer marketplace that solely trades in Bitcoins. Although this might prove as a liability to Paxful and its users as many other altcoins like Ethereum and Litecoin are gaining huge popularity among the crypto community. The platform secures its user’s transactions by holding their Bitcoins in their secure escrow until the transaction is complete. The platform also has a system of trust factor that helps other traders and users identify reliable sellers on the platform. Although the platform is quite known in the Bitcoin community, it is rendered useless for investors who are looking forward to diversifying their investments in other cryptocurrencies. Paxful provides its customers with zero transaction fees for the first five transactions. After that, the platform charges a fee of $1 USD on every transaction or 1 percent of every transaction, whichever is greater, that occurs on the platform.

Unocoin is one of the oldest domestic cryptocurrency trading and exchange platform (created in 2013) that caters specifically to the citizens of the Indian Subcontinent. The platform was created before the Supreme Court’s decision to uplift the ban on cryptocurrency trading and hence faced a lot of flak from the Reserve Bank of India and other financial institutions shunned it too. The platform charges a fee of 0.7 percent on every transaction that is conducted on the platform. But after a minimum usage of 60 days and a significant transaction volume is detected from the user’s account, the user is automatically upgraded to ‘Gold Membership’ in which the transaction fees drop to 0.5 percent. In order to protect the investments of its members, Unocoin stores all the cryptocurrencies in multiple addresses that are connected to offline storage on a computer that is never connected to the internet. Unfortunately, the platform only trades in 3 cryptocurrencies, Bitcoin, Ethereum, and Tether. This limits the possibilities of expansion and reduces the cryptocurrency options for its users to choose from. The platform also created an app so that the users are provided with more accessibility.

Zebpay is one of the major domestic players in the field of online cryptocurrency exchanges. The platform was developed in the year 2015. The company had to close its operations after the RBI’s ban on cryptocurrency trading but soon resumed it when the Supreme Court ruled against it. Zebpay has developed a huge clientele over the years and has served almost 3 million users till now. Zebpay introduced a detailed fee structure which is divided into 3 different parts. The Maker fee at 0.15 percent is charged when the order that is placed isn’t immediately matched, The Taker fee at 0.25 percent is charged when the order is executed immediately, and the Intraday fee at 0.10 percent which is charged on every transaction that is conducted after midnight. The platform also charges a 1.75 percent commission on transactions done with net banking. The platform also provides a clutter-free and easy to use interface that can be operated easily even by greenhorn users who are new to the concept of crypto trading. The platform adheres to high levels of security measures such as storing coins in cold wallets that are air separated and located in different cities and countries. The platform also implemented firewalls and has its own security protocol system named Omnitrixx.

Giottus is another domestic cryptocurrency that was created with an aim to provide zero downtime and high processing speed to its users. The platform is internationally recognized for its ability to handle almost 50 thousand transactions per second while guaranteeing stability even when millions of orders are placed at once. It is also one of the few platforms and possibly the only one in India that has implemented the stop-loss methodology, thus helping its users to automatically cut losses and drive up the profits whenever necessary. Despite creating an excellent platform, Giottus only trades in Bitcoin, Ethereum, Litecoin, Ripple, and Bitcoin Cash. Although these are cryptocurrency giants, it limits the potential of both the customers and the platform’s ability to grow. The platform has a decent transaction fee schedule of 0.25 percent on every buy order and 0.15 percent on every sell order.

Coinswitch is renowned for having a vast array of cryptocurrencies that the platform provides its users to choose from. The platform hosts over 100 + cryptocurrencies on its platform and ensures that it is relatively easy to use so that new investors can go through the procedures with relative ease. The platform charges a transaction fee of 0.49 percent and the rates vary with the exchange medium that is selected for the transaction. The platform also released another version of their platform named Coinswitch Kuber which is comparatively user friendly and also has an app on the Android play store and the Apple store as well. The platform also provides the ability to conduct transactions using a number of fiat currencies and via credit/debit cards too.

Colodax was created in the year 2017 by the same development team that created the platform CrypDates. The platform aims at providing its users with fast transaction speeds and trade executions. Colodax also utilizes a robust security system to keep the assets of their users safe by using cold storages and wallets that are spread all over the country. The platform is famed for providing extremely fast deposits and withdrawals on their platform by utilizing an automated monitoring platform to expedite transactions. The fee structure of the platform is quite detailed and has different transaction fees for each cryptocurrency that the platform deals with. The platform also has different fee structures according to the trading volume of the user on a 30-day basis. They also launched an app on the mobile to increase accessibility of their users.

BitBNS is the brainchild of a group of IIT alumni who happen to be crypto enthusiasts too. The platform was created in December 2017. The platform also hosts a peer to peer transaction capabilities and also allows users to lend or borrow their assets to increase their chances of gaining additional profit. Over the course of time, the platform introduced stop-limit orders so that users can minimize their losses while trading on the platform. The platform deals with a vast array of cryptocurrencies and hence allows its users a plethora of cryptocurrencies to choose from without changing their trading platform. BitBNS’s transaction fees vary according to the 30-day trade volume and the BNS balance that is available in the user’s wallet. The fee is structured in 11 different levels according to the aforementioned factors and the range of the fee usually ranges from 0.03 percent to 0.25 percent.

CoinDCX is considered as one of the biggest players in terms of users and safety when it comes to domestic cryptocurrency exchange markets. The platform provides its users access with more than 200 cryptocurrencies on a single platform. The platform also released a number of products that are meant to assist its users with cryptocurrency trading by providing them with market leverage, price conversions, attractive interest rates on lending, and unlimited trading with a near-limitless order book. CoinDCX has a detailed fee structure that is based upon the type of cryptocurrency that is being traded and the ‘maker’ and ‘taker’ charges of the user. The platform also levies a fee when a cross-platform trade is conducted.

WazirX is considered as an underdog champion in the field of domestic cryptocurrency exchange platforms. The platform was created in 2017 and soon gained huge popularity among investors and users. The platform conducts regular security audits to ensure the safety of its user’s investments and keep the platform safe and secure. The platform also provides its users with a peer to peer transaction ability and maintains a system that is capable of handling millions of transactions and can scale up the infrastructure to meet the rising demands. The fee structure of is minimum and is usually between 0.1 percent to 0.2 percent. WazirX is also available on 5 different platforms, thus ensuring that users on every domain are capable of accessing their exchange.

BuyUCoin is the brainchild of Atulya Bhatt, Shivam Thakral, and Devesh Aggarwal and came to existence in June 2016. The platform quickly became an industry leader in the field of domestic cryptocurrency exchange markets and soon amassed a huge community of investors and crypto enthusiasts. The platform was one of the first crypto exchanges that introduced the peer to peer transaction model and provides its users with multiple cryptocurrencies to choose and trade with. The platform is specifically created to ensure ease of use for both experienced investors as well as interested users who are new to the concept of crypto trading. BuyUCoin charges a 0 percent fee for their OTC desk while the transaction fees vary according to the cryptocurrency that is being traded. Another notable feature of the platform is that it doesn’t charge any money for INR withdrawal from the user’s wallet. Since its inception, the platform has conducted $50 million USD worth of trade and supports more than 30 cryptocurrencies with more on the way to being inducted into the platform.