The 3 Demons Of The Cloud Based IoT

The top cloud related companies have joined into the world of IoT and also spending their time to get some innovative products.

The requirement for the IoT has been increasing around industries and for the domestic purpose to meet out the technological revolution.

No one can predict that the IoT services can be lead to a certain limit. The only thing to keep in mind is to maintain the whole computing strategy to work more on secure with its network infrastructure which is seen as major issues in IoT.

Amazon web service is the frontbencher in the cloud computing field. It offers vast kind features in the in cloud-based technology as from storage to an extensive set of developer tools.

As per cost, it works for 1 million messages which can be sent or received and has low throughput tier. Each block representing a message, this is processed with blocks of 512 bytes and storage of 128KB.

The applications of AWS based cloud IoT can communicate using TLS over HTTP, MQTT, and Web Sockets, which is more secure. Each device based like Embedded C, JavaScript, Python, iOS, Android has an SDK for it.

The device’s shadow has been represented by every device that is connected. It allows maintaining the identity and last known state of a specific device and acts as a channel to send and receive messages.

To enable the IoT application with the easy and secure manner the AWS IoT Core has been managed a platform of cloud which is interconnected with devices for the cloud application and the other devices which enable it directly without any interruption.

It has a feature to enhance billions of devices and trillions of messages which also includes the process and routing of those messages to the AWS endpoints and other devices.

The IoT core devices are more helpful in means connecting them to AWS IoT analytics for the building of analytics and machine learning models.

Like AWS, Google also gives you a wide range of offers in means of cloud computing services as the name of Google cloud. It is less expensive than Microsoft Azure.

It uses the Tensor flow library as a database that ranges from a machine learning engine. The google cloud has into its IoT offerings in means of Google Cloud IoT platform.

Google’s IoT Core is the basement of many IoT devices that runs with google cloud. It allows easily connecting many devices with many features such as securely connect, manage and ingest data.

It can be processed with combining other Cloud IoT services as “a complete solution” for collecting, processing, analyzing, and visualizing IoT data.

Cloud IoT Core runs on Google’s serverless infrastructure. It can recognize automatically with the real-time event responses. It also enhances the standard meet of MQTT and HTTP protocols, which means that we can make a minimal change in the existing devices with the firmware needed.

The Google cloud stream analytics has a part of cloud pub/sub which is used to supports device-to-cloud IoT application. It works by ingesting event streams then delivering them for processing to Cloud Dataflow and for analysis as a data warehousing solution to BigQuery. ).

Client libraries exist for Go, Java (Android), .NET, JavaScript, Objective-C (iOS), PHP, Python, and Ruby. The developers can maintain and get focused on the delivery of event data by Cloud Pub/Sub. It enhances large scale messages over the HTTP.

The cloud IoT Edge makes the decision based on real-time basis to the response it gets from the data which is obtained from the sensors. It can also run on both android devices and Linux based Operating system. It consists of runtime components called Edge IoT Core and Edge ML. ASIC chip, Edge TPU is designed to run cloud IoT edge at the level edge inference.

It also has a self-contained mobile and a developed platform based on IoT which is said to be a firebase. Firebase supports device-to-cloud and cloud-to-device messaging over HTTP and XMPP and comes with SDKs for iOS, C++, JavaScript, and Android.

Microsoft Azure is one of the famous among cloud computing industries. It offers a number of various features in its cloud services which helps in mobile app services, storage offerings, messaging platforms, and virtual machines. Azure IoT is less expensive than AWS IoT and Google Cloud IoT and it also the largest IoT platform in the world of the cloud market.

Using Bi-directional message the IoT application can connect, monitor and manage billions of edge devices using the IoT hub which is a central area for developers. It service as PaaS which is useful to support many protocols like AMPQ, MQTT, and HTTP.

If it doesn’t support one of these mentioned protocols then the Azure IoT Protocol Gateway can be adapted by incoming and outgoing traffic. It also enhances many SDK based on open source.

Pricing-wise, IoT Hub is grouped into four tiers, from a free tier up to the high throughput S3 tier, which is capable of supporting up to 300,000,000 messages per day.

If more throughputs are required, additional units can be added to each tier. Messages are sent in 4 KB blocks; for billing purposes, each block is counted as a message up to a maximum 512 KB.

Some of its central features include the use of authentication control per device, bidirectional communication between IoT devices using device-to-cloud telemetry data, and the ability to accelerate the deployment and measuring of IoT services by registering and provisioning devices using zero-touch.

The developers can use it to containerize their cloud workloads and run them locally on devices using Azure IoT edge.

The Azure IoT edge has a specific cloud analytics and intelligence to predict the devices at a local point. It can directly deploy AI, Azure services and logic with the IoT devices.

As with AWS Greengrass, the IoT when deployed via Azure IoT Edge can run securely and at scale even when the devices are offline.

The performance high between the edge and cloud as is it has lower latency with the real-time potential response.

The system works with the combination of AI Toolkit for Azure IoT Edge which, means the task such as deploys on ML and AI can be easily proceeding without structured them. 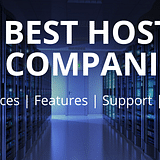 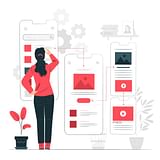 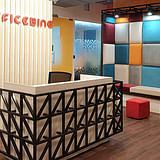 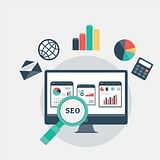 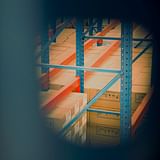 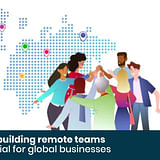