The Top Software Development Trends of 2019 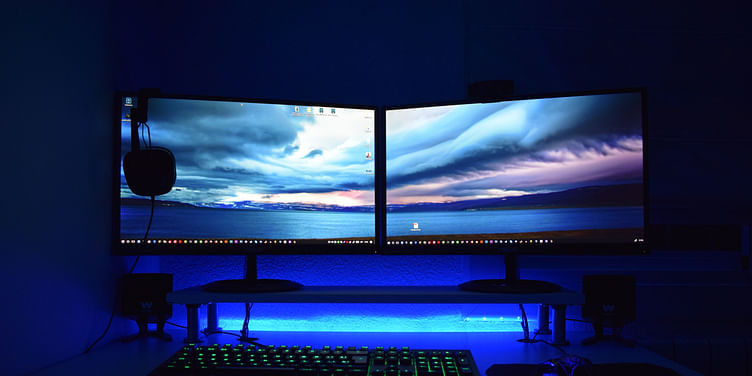 The rate of change in the technology industry, and the software development niche, in particular, continues to grow at a rapid pace. Each year seems to bring completely new and novel technology to the market, and 2019 promises to be no different.

This past year saw companies focus on key technologies like mobile apps and the Internet of Things, best represented by the increasing number of smart homes, linked city grids, and the rise of data as the corporate currency of the future.

In addition, microservices offer the potential to change the way that many companies and software outsourcing services approach the software development process. However, the most important developments in 2019 are expected to be related to cybersecurity, which has been on the minds of technology managers for the past several years.

The next several years will feature some of the most rapid and impactful technological changes of the past half century. One of the most important developments will be the spread of the Internet of Things (IoT).

The IoT refers to electronic devices with the ability to be connected to the internet. Early IoT devices include smart home devices, self-driving cars, and voice assistants.

In the near future, these ultra-fast devices will allow people to travel abroad and communicate in any language using an internet-connected earbud. Truly autonomous cars are also right around the corner and consumer-operated vehicles will soon be a relic of the past.

The IoT is also expected to dramatically change the ways that businesses pursue growth. It will allow companies to collect valuable data that can help them predict business trends and position their company to take advantage of emerging technologies.

Retail companies like Amazon and Target are already using these data analytics to improve customer loyalty and increase sales among existing shoppers.

Research predicts that an estimated 36 billion devices will be connected to the internet by 2020. Consumers have already embraced IoT devices like Google Home and Amazon Echo en masse. Expect to see IoT related sales increase dramatically as more and more IoT home electronics are released at a competitive price point.

Cybersecurity is by far the most important topic in most technology executives’ minds and will continue to make headlines throughout 2019. Last year was one of the worst years on-record for cyberattacks in the United States and abroad, with billions of customers affected by these data breaches.

These attacks increased by over 40% in 2018 and hackers are only expected to increase their efforts as the Internet of Things brings more and more consumer data onto the cloud. Forward-thinking technology managers are already strategizing their approach to software security for the new year.

Modern-day executives must cultivate an in-depth knowledge of the software development cycle in order to understand where security flaws lie and how their team can ensure customer security throughout every step of the process.

Strong cybersecurity begins in the conceptualization and planning stage and must be focused on during the development, testing, and deployment phases as well.

The top outsourcing development services have watched the data breaches closely over the past several years and have the type of hyper-specialized cybersecurity specialists necessary to avoid data breaches and to maintain a trusted reputation among customers on-hand.

One of the most prominent software development trends poised to break-out and become mainstream in 2019 are microservices. This development approach is based upon the idea that software is easier to develop and manage when it is broken into small, individual components which work together to form a piece of fully functional software.

This piecemeal approach is thought to be easier to understand, build, and test. This holds true for the initial development stages, as well as regular maintenance and updates down the road.

Fans of this approach include several well-known technology companies, as well as some of the most cutting edge software outsourcing services.

One of the benefits associated with this approach is that it allows developers to work in smaller teams on their individual part of the project, making remote working and outsourcing development a much easier prospect.

In addition, the isolation of each component within the larger software architecture means that a single failed component will not crash the software, making the entire system more resilient.

While artificial intelligence was once only thought of as a science fiction trope, the technology has grown rapidly over the past decade and is poised to become one of the most important technologies in every industry in the near future.

Artificial intelligence involves developing software that is capable of reasoning and thinking intelligently in a manner that resembles human thought. Machine learning services have already begun to revolutionize the manufacturing world, helping to increase efficiency and reduce costs, and the mainstream business world is next.

Companies are already struggling to find experienced software engineers capable of developing novel machine learning tech, and the hunt for this type of hyper-specialized talent is expected to become much more difficult.

That’s because this new breed of software engineer must have the traditional skill-set and be able to function as a data scientist as well. Expect to see many more artificial intelligence and machine learning products, capable of analyzing trends and dramatically improving efficiency, available to traditional businesses over the next year.

This next year promises to be an incredibly exciting year for consumers. The spread of 5G mobile networks means that smartphones will get even faster and more device will be connected to the internet over the next several years. This will finally allow the IoT to become a reality.

In addition, artificial intelligence research is incredibly promising. Businesses are already using this technology to increase sales and improve efficiency. In addition, microservices will continue to become an even more popular software development approach.

Lastly, cybersecurity continues to be one of the most important priorities for software developers. Businesses will continue to invest in their software security capabilities as data breaches continue to dominate the headlines throughout 2019.