3 Main Reasons For Failures Of Startups 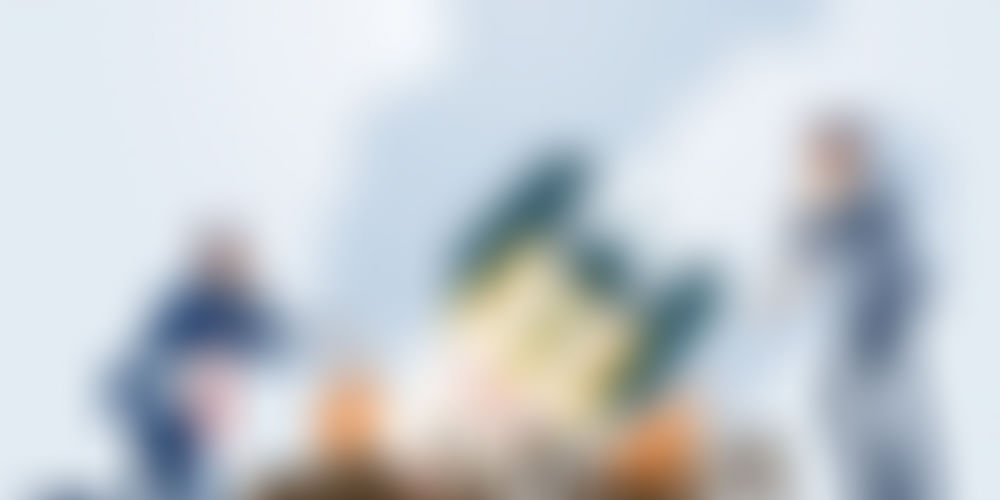 As Biz Stone, the founder of Twitter, admitted on stage during the New Context conference in San Francisco: "Doing startups is all about making mistakes", i.e. creating startups is about making mistakes. It is definitely difficult to avoid them in the process of building any business, and in the case of startups, by implementing a new solution on the market, the risk of making mistakes is definitely greater. So you have to accept that we will make mistakes, because thanks to them we learn. However, we can identify certain categories of errors that should be avoided because they lead directly to business failure.

According to the report "Startup Genome Report Extra on Premature Scaling" prepared by researchers from the University of Stanford and Berkeley, in the first three years of operation up to 92 percent. startups . So it turns out that statistics, often cited in the media, saying that 9 out of 10 startups fail, has its justification in the conducted research. Why such a high percentage of projects failing?

There can be many reasons for failures, but there are 3 key reasons that lead to the collapse of the vast majority of startups.

Most startups are created on the wave of hurricane optimism of originators who have noticed a problem that has not been solved yet or come up with an idea how to do it better and all based on personal experience. For example, we are bored with going to the same "lunch room" in the office building where we work. There are a lot of places in the area where we could have a good lunch, but we don't know what they are serving that day. In our head comes the idea of ​​creating a mobile application that shows the current lunch menu in nearby restaurants.

Most startup creators are already starting to implement at this stage . We create a functional design for our application, we wonder how the application should work, what screens the user should see and what functionalities we should put in it. Then we order the construction of such an application or we are looking for a programmer for our team. The application is created, looking optimistically, after a few months . At no stage of its creation do we include a potential client in the process for fear that someone will find out, steal the idea and warn us.

This approach to business is the perfect recipe for failure . Why? First of all, we should check how the market works today . Even if we did not find a similar application while searching the Internet, there may be intermediate solutions that solve the problem of a potential user. Perhaps he checks the lunch menu of a particular restaurant on its Facebook fanpage in a few seconds and a dedicated solution in the form of a separate application is not needed here.

Perhaps we are trying to solve a problem that does not exist or is not important enough for the user to start using the application regularly, and without it it will be difficult for us to convince restaurateurs to pay us anything to promote their offer. We should start working on the idea with interviews with potential clients . Having several conversations can give us a completely different perspective on our idea. In the case of such an application, we should talk not only with potential users, but above all with restaurateurs to find out how they promote their lunch offers today and how much they spend on such promotion.

Reason 2: Part-time commitment of the founders

According to the report "Indian Startups. Report 2017 ” prepared by Startup India, Indian startups mostly belong to the age group 30-39 years. This means that when they start working on a startup, they are simultaneously involved in other activities , for example, full-time work in a corporation or in their other, usually more traditional local business. This is completely normal, because it is difficult to put everything on one card and immediately start to engage 100% of your time in business, which probably for several months, and often longer, will not earn.

At the beginning, combining full-time work with the implementation of a business idea is definitely justified , because to check the potential of the idea and, for example, interview the target group, there is no need to change your whole life. The situation changes, if it turns out that the market responds positively to the idea, then we should fully engage. However, this is not so simple, as it usually requires lowering the standard of living and accepting less pay in your own company.

Even if we get an investor, the agreed monthly salary for the originators is usually far from what they received for working in a corporation . Of course, this happens until the startup begins to generate sufficient income. People who run a local non-scalable business and decide to start a startup have a similar situation. It is not known when to focus more on the startup.

In addition, after it turns out that the startup does not generate revenue as quickly as we assumed, our concentration shifts quickly to business, which may have limited potential for earning, but a repeatable business model and a stable revenue stream . The aforementioned "Startup Genome Report Extra on Premature Scaling" shows that the creators who engage in the development of a full-time startup achieve up to four times faster growth in users.

The success of a startup requires the full dedication and very hard work of the founders . Lack of sufficient concentration means that business does not grow as quickly as possible, we neglect many activities, and at the initial stage the creator's commitment is invaluable and it is difficult to replace them.

Reason 3: Too fast development and scaling of business without a confirmed business model

Running a startup, we can go two ways. One of them is called English bootstrapping . It involves conducting business activities without using external resources, including capital from investors. Then we try to finance development with money earned from the sale of the product . This path, however, means focusing on organic development, which is much slower and we have much less opportunities to stand out from the competition.

The other way is to use the capital raised from investors . Then we have additional funds not only to refine the product, but primarily for marketing and sales. Thanks to this, we can break through to the target group's awareness much faster and develop a strong position in a given market and scale our operations to other geographical areas. A sudden injection of cash at the level of several hundred thousand zlotys or even several million zlotys can definitely take our startup to the global market, but at the same time it can become a real threat.

We have no experience in spending such funds. We have gained a group of first customers, but this is not the moment to say that we have a confirmed business model . Many startups allocate funds obtained from investors to increase human resources, suddenly employing a large number of employees as well as marketing and sales activities. Unfortunately, it does not always turn out that a marketing campaign tested in one market will work in another . Increasing the current costs of business does not go hand-in-hand with growing revenues.

The funds obtained from investors are running out quickly and the company has no cash streams allowing it to continue operating. This is one of the key reasons for the failure of many startups. Developing and scaling operations into new markets should occur when we fully believe that our business model works, we know how to reach customers and our product meets the needs of the target group.

The three indicated reasons include the vast majority of startup failures that we can observe on the market. Some point to one more reason, namely the lack of determination and persistence in pursuing the goal . This too can not be forgotten. While motivation and energy to act for entrepreneurs is usually not lacking at the beginning of the road, many times this motivation weakens when it turns out that the product does not arouse much interest of customers. However, this is completely normal. Most startups do not earn money right away, they have to introduce many changes in the product and business model to come to the right version after many months or even years. Successful entrepreneurs must be willing to accept deferred remuneration for the hard work they put into business development.