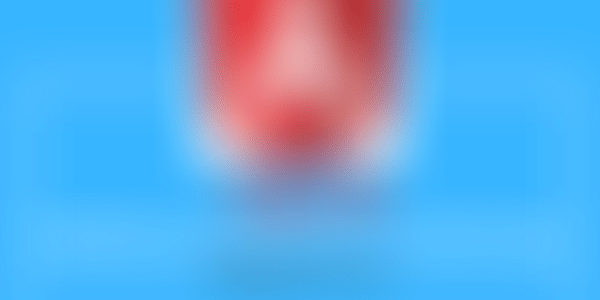 Angular is a JavaScript Framework that belongs to Google. The framework has been designed to create dynamic web applications. Angular is a whole solution for creating a full-fledged front end of an application, without a need for any other frameworks or plug in. This fully featured framework has a lot to give to your web application. It can make your application stand out in terms of appearance, user-friendliness and performance.

Let me now throw a light on the major features of Angular that has made it popular among the established Enterprises.

·        It supports MVC (Model, View and Controller) architecture. The Developer will have to just split up the Applications into MVC components and manage the rest with Angular.

·        Angular's 'Two Way Data binding' feature ensures any change made in view will reflect in the model and vice versa.

·        The use of template will show you the information from model and controller.

·        Expressions are like code snippets enclosed within curly braces that do not use any conditional statements or loops. Instead, they are used to format data and display it.

·        A scope is a JavaScript object that resides in the model and acts as an intermediate, controlling the flow of data between controller and view.

·        YouTube - This is available on Sony PlayStation 3 and it is built using Angular. It is a platform, where you can post videos, watch and share videos with millions of Users worldwide. The videos are mostly uploaded by Individual Users. Google bought the site just after an year YouTube came into existence.

·        Netflix - It is headquartered in California and offers on request internet streaming media to Viewers. Netflix subscribers can watch their favorite movies anytime by streaming movies over the internet.

·        Upwork - It is a popular site that connects Freelancers from all over the world with Employers. It is a great platform where Employers can search and interview the Freelancers, hire and work with them.

·        Lego - This is Danish Company that manufactures plastic toys. The site was developed in 1996. Post that, the site underwent several changes, including migration to Angular.

·        DoubleClick - This was founded in the year 1995 in New York City. In 2008, Google purchased the company for $3.1 Billion. Google being the designer of Angular, they migrated the website and decided on implementing it in one of their products.

·        IBM - Being one of the top multinational information technology organizations, it dominated the technology markets for almost a century. It announced its MobileFirst Platform Foundation or IBM Worklight, to adopt their immense analytics and data services to mobile platforms. So, to keep the traditional look and usage, they decided to implement Angular.

·        Weather - Built on Angular, it is a highly recommended site for giving you the most accurate weather forecasting reports. The site gathers weather updates from all over the world at regular intervals.

·        iStock - This is another popular website that is built on Angular. It has a huge collection of images, videos and photo clips. These images can be purchased at a very nominal price of US $0.95 to $1.50. The price range varies on the credits allotted to an image.

·        GoodFilms - is a platform, where you can rate and review movies. Of course, there are many such websites in the market. However, GoodFilms does it in a unique manner through graphical representations. Also, they are known to filter reviews to ultimately have only genuine reviews on their site. Their Mobile App is built on Angular.

·        JetBlue - is a leading airline services in the USA. It carries its operation in the United States along with 12 other countries in South America, Latin America and the Caribbean. It was awarded “Best Airline Rewards Program” in 2014-2015 by US News and World Report.

·        MobileRoadie - A popular platform for Mobile App development for both Android and iOS. It offers an edge to people to easily develop Mobile Apps without any knowledge of coding. It is embraced by most of the Mobile App Developers, all across the world. It is highly rated in terms of its functionality for developing top-notch Mobile Apps.

·        Freelancer - Another platform that connects Project Providers with Freelancers. The Employer just needs to post a project. They can quickly find and hire Freelancers and get their work done. There are over 15 million Freelancers registered on this site. These Freelancers compete against each other to bid and get the projects.

·        Angularjs.org - This is a Angular learning website. This site contains free courses, videos, tutorials and case studies to learn Angular. The site is a perfect platform for Beginners, who want to learn and move to the advanced levels of Angular.

·        LandSend - This is an eCommerce website that sells luggage, home furnishings and casual clothing. The company is based in US, but also has its operations in Germany, Austria, France and UK.

·        WikiWand - is a beautifully designed wrapper over Wikipedia. It comes with a fresh interface that includes side bar, navigation bar and many other user friendly and easily navigable features. The Designers of this Application have done a great job by refurbishing one of the most popular websites in the world.

·        Walmart - The largest retailer in the world with 260 million Customers, 11,500 stores under 63 banners in 28 countries in the world. Angular is the technology that has offered the site with some impressive features.

·        The New York Times - Angular became popular among the Developers' Community after hosting its technology to the world's most popular website, The New York Times. Angular was mainly used to create great data heavy API, leveraging the new data visualization.

·        Vevo - is the world’s leading music website hosting 150 thousand video clips to over 200 countries through a partnership with YouTube. It is one of those Angular big projects with a unique front end that offers an impressive website.

·        Localytes - is a marketing platform for mobile and web app owners to build a strong customer relationship through their analytics. This service offering platform is used by 6,000 Companies like Microsoft, eBay, ESPN, and others. Localytics developers were previously using Backbone and later decided to move to Angular.

·        PayPal - is an American Company operating in 200 countries. It has earned a name as one of the most secured online means for money transfers. The company was established in 1998 and has around 254 million users worldwide.

·        Gmail - This app doesn’t need any introduction. It is used by over 1.4 billion people and is the most used free email service. Gmail was launched in 2004 and now, their multi-lingual feature comes with 105 different languages.

·        The Guardian - Founded  in 1821 in Manchester, the Guardian newspapers  are circulated among more than 100,000 people in the UK. Its App built on Angular has the usage that is significantly higher across the world.

·        Possee - is a mobile app using which you can discover places all around the world. Using this App, you  can suggest places, post views on the places you visited and help travelers.  You can also add the places you love to visit to your wish list. You can even form a group with people traveling to the same location using this app.

·       Malzee - is a shopping app with a seamless online shopping experience. It lists a wide range of clothing, all from the latest trends. It has a unique feature through which you can share images with friends, as all of us seek second opinion before making an important purchase.

There are many sites and mobile apps built on Angular. After doing a thorough research, I have compiled a list of top 24 websites and apps, built on Angularjs 2.0 to 7.0. After going through them, you will definitely realize that Angular web applications just rock. You will also feel an urge to adopt Angular for your Applications. So, start looking out for a top-notch Angular Development Company. Get your Application developed with this smart technology.