Top 5 Secure Messaging Apps For all your Team Chats

Instant messengers have become the most popular means of communication these days. Be it individuals or organizations, everyone has realized an instant messenger’s potentials of quick and easy communication and has also come to rely heavily on it. This dependence on instant chat messengers has opened new doors of opportunities for cybercriminals who are constantly fishing for digital information.

There have been numerous incidents where private and confidential information have often been leaked or misused by cybercriminals and have caused emotional and financial losses. Therefore, it becomes really important that anybody who uses an instant messenger should be extremely careful of what information they send and to whom do they send an information.

Besides, in order to secure private information, people should use only those instant messengers that use some sort of encryption for transmission of data. For those of you not familiar with the concepts of encryption, it is a way to code\hide any type of data so that it is rendered unreadable for unsolicited recipients.

Using such secure chat apps is essential for anyone who wishes to share private information in a secure way. However, deciding on an instant messaging might be a cumbersome task and therefore we have zeroed in on only those instant messaging apps that provide security for private messages.

Following is a collection of Top 5 secure messaging apps for all your private chats :

Although it is significantly new in the market, it happens to be the best in terms of usability as well as encryption, and perhaps is the most secure apps of all times. For transmission of data, it uses server-side encryption, or SSE, which is a form of encrypting data on the server of the instant message service provider.

The advantage of using SSE is that it keeps the data of multiple users isolated and at the same time limits an environment’s complexity. Besides, it is one of those few apps that allow a biometric sign-in for mobile devices, making the app even more secure.

One of the most popular instant messaging apps, Slack has been one of the leaders in the game. Like Troop Messenger, it also offers SSE for protection of the transmitted data. Besides SSE, it also uses TLS 1.2 protocols and AES 256 encryption. Also, it has a data center, which deploys a state-of-the-art physical protection of its servers.

Flock is another popular app that incorporates all the essential features expected of an instant business messaging apps and provides world-class security when it comes to sharing of private information. Like Slack and Troop Messenger, it uses AES 256 encryption and TLS1.2 protocols for securing a user’s private information.

Designed by the networking giant Cisco, Webex is one of the many secured instant business messaging apps that users can trust for sending private information. Like its other compatriots, Cisco has also deployed AES 256 encryption for transmitting all kinds of data and also uses TLS for session encryption.

Any list of instant business messaging apps cannot be complete without the ones mentioned above. Those apps have time and again proven that they are the best in every way one can think of. 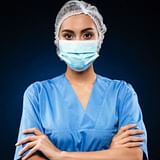 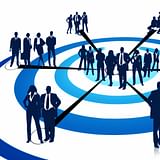 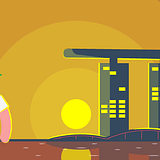 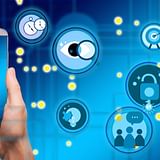 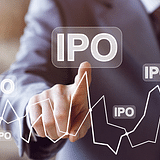 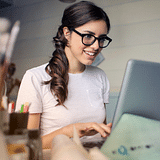