Top 5 Technologies In 2019 To Simplify Our Life 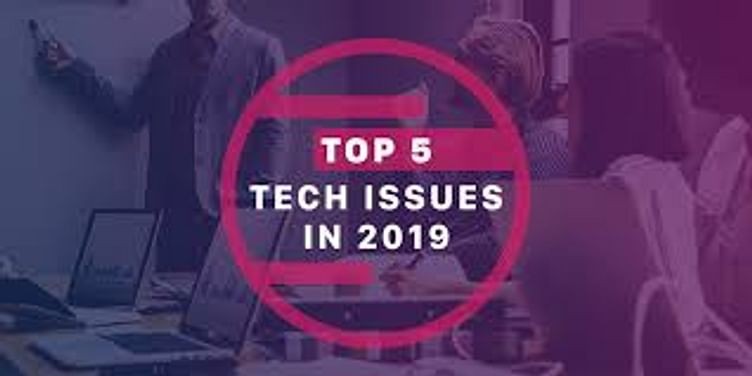 So, start with the fifth one now, which is Virtual Reality. The interest rate is evolving right from the joystick to high-end games. Microsoft Xbox does many experiments, and now, we are moving towards some Virtual Reality related games. As there are so many games evolved for VR, therefore, Facebook is also working with Oculus Rift to build VR games. We also have a concept of Augmented Reality.

There is something good about VR and AR. So, AR is enjoying yourself in the virtual world where nothing is real, and everything is virtual. In VR a person playing some with virtual characters and everything the entire scenario is virtual.

On the other hand, we have Augmented Reality. In AR, we customize the real world. For example, you can talk to someone who is not present there with the help of AR.

We have some good things and bad things about both AR and VR technologies. so what if I take good things from both and let's mix it up and that's where Mixed Reality comes into the picture.

To understand the concept of Mixed Reality let us takes one example. Some companies are trying to make a smart mirror for shopping malls. So instead of using a standard mirror, you can use a smart mirror in order to imagine yourself in those new clothes whenever you go shopping.

Another example, if you want to construct a building then you can see the exact way it in the actual scenario and not on the computer but in an actual real-life. It helps the medical industry so to teach new doctors, and it helps the education industry to solve online learning with the help of AR and VR.

In the future, a lot of devices like mobile phone, smart gadgets, wearable devices, TV and fridge will be connected on the internet. The only problem is if this device wants to communicate or if they want to process something, then they have to connect with cloud servers.

So, there will be cloud servers, and you will be connecting all these devices with your cloud servers. However, there is a problem of latency if two devices are very far away from each other. That's where we will have cloud computing; however, at some remote places will be having edge computing.

What will be the edge?

The world is moving speedy right, and we have Blockchain as we have so many data processes and Artificial intelligence to process all this data. However, we need a vast computer and Huge power in CPUs to solve more complex problems and that's where we are at saturation now. As we are not able to solve the problem with processing power we have and that's where Quantum computing comes into place

From the last 20 years, scientists are doing some research on a path known as a quantum computer. Quantum computing is there for a long time. For the last few years, a lot of companies like IBM and Google are working very hard to make it work.

So it's a superposition of the values, and that's the problem starts as we have first to solve that we go for 0 or 1. The second issue is about the heat as we can't merely use quantum machines at in a little bit and AC will not be enough you need a refrigerator to cool count quantum CPUs.

We also want to go towards Decentralized application where the company will not hold our Data and will be handled by us itself. That's the power which Blockchain gives you, and on the other hand, we also have crypt-o-currency technology which works on Block chain.

This year there are so many companies that started working on Block chain and started building their technology on top of the octane. The year 2020 will be the age of the era of implementation

There will be technologies based on Block chain, which you will be used as a consumer. So if you want to upgrade yourself to something new Block chain is the thing.

It is changing the lives of people, and in 2020 as well you can see a lot of stuff which is based on machine learning. So, if you want to upgrade yourself, you can go for machine learning as well.