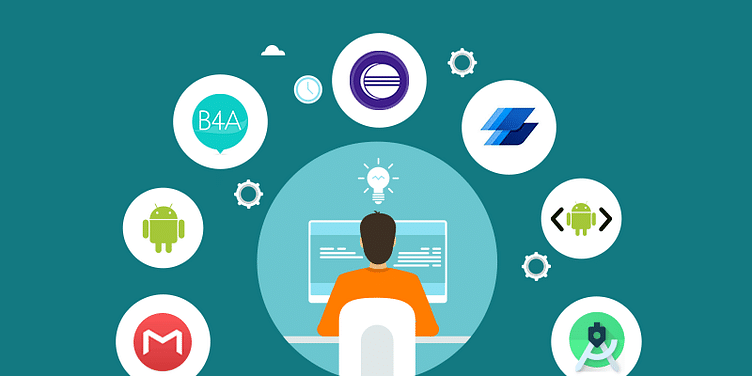 So in this article, let’s have a look at some of the top Android App Development Tools that can help in creating unique apps.

In today’s world, where the usage of mobile phones is booming every day, there are many Android mobile devices in the market in comparison to other operating systems. This has increased the competition for Android app developers who wants to deliver robust mobile apps to their audience. To dominate the market, the Android app development companies are using the best tools that can help in creating unique Android apps.

So in this article, let’s have a look at some of the top Android App Development Tools that can help in creating unique apps.

Android SDK, the development kit for Android is a complete set of developing and debugging tools that can be used in creating robust Android apps.

Android SDK contains modular packages that can be downloaded separately using the Android SDK Manager. Here is the list of the toolkit that is included in Android SDK.

Android Debugging Bridge app is useful for debugging your application. Debugging is an essential part of the Android app development process.

It is known as a client-server program for the Android app developers. It includes components such as-

With the help of the tool Fabric, the mobile app development team can build better apps and grow the business based on the analytical data.

Fabric is a tool that provides a real-time app performance and health status for everyone in the mobile app development team. It also serves the developers with the data about the user activity and enables the developers to know where the users are likely to interact with the app.

It is the official IDE for Android. Android Studio contains everything one needs for building an Android app.

Android Studio accelerates the app development process, and it also helps in building quality mobile apps for every Android device. It is well known as the development environment for Google’s Android OS.

When it comes to Android app development tools, MockPlus is one of the best. It is an excellent prototyping tool. With MockPlus, one can easily create an Android prototype interface that can have rich interactive functions in 5 minutes. This tool also provides a lot of app prototype design samples and an Android component library for download.

Basic4android is similar to the Visual Basic Language. It complies code into Android native apps without the support of another runtime environment.

This tool provides handy IDE and interpreter that can allow the developers to create apps in a simpler programming language.

Eclipse is an open-source tool, which is an integrated Java-based development environment. Besides Java, Eclipse can also be used in developing apps in various languages.

Eclipse is done using plugins like ABAP, Ada, C++, and C. The majority of the Android app developers use Eclipse for developing apps.

Every Android app developer dislikes errors while developing an Android app. So in such situations, Instabug is an essential tool in every developer.

Instabug is a tool that is used for beta testing and error reporting. It allows beta testers and user groups to share screenshots. It also enables the sharing of detailed error logs with developers during debugging and QA.

There are many popular Android apps such as PayPal, Yahoo, BuzzFeed, Lyft, Dubsmash, Kik, and Scribd that use Instabug for checking the vulnerability queries.

There are many Android app development tools available in the market to develop your mobile app. Each Android app developers have their personal preference in selecting the tool and environment. The selection of the tool can entirely depend on the type of app the developers are going to create. With an increase in the demand for Android apps, the demand for the developing tools and platforms that can help in producing quality apps is also increasing.