New technologies, frameworks, and other mobile app development tools appear very often. It may be a quite daunting task to choose the most suitable solution among available ones even for an experienced developer.

Most frameworks are designed for cross-platform mobile app development. This approach is very convenient in case the future product does not involve many specific details peculiar to a certain platform, and the product UI and functionality are similar.

The key reasons for using frameworks in mobile app development are the simplification of many typical tasks and the acceleration of the product development process. We have compiled a list of the most popular frameworks for you to pay attention to.

Xamarin is a cross-platform mobile app development framework launched way back in 2011 by the company Xamarin. It was later acquired by Microsoft in 2013. Since then, Microsoft integrated Xamarin into its Visual Studio development interface. Xamarin uses the C# language as a base for app development and contains the underlying platform SDKs for both Android & iOS.

The advantages of using the Xamarin framework for mobile app development are as follows:

React Native is a cross-platform mobile app development framework based on the React library supported by Facebook. React Native uses the same fundamental UI blocks used in Android and iOS apps. So an app built with React Native App would be way better than just a hybrid app or a mobile web app. Apps built using React Native uses a JavaScript codebase, but closely resemble native apps built with Swift (for iOS) and Java/Kotlin (for Android).

The advantages of using the React Native framework for app development are as follows:

Mobile App Development. Flutter. Flutter is Google’s mobile UI framework for crafting high-quality native interfaces on iPhone app and Android app in record time. Flutter works with existing code, is used by developers and organizations around the world, and is free and open source.

The advantages of using the Flutter framework for app development are as follows: 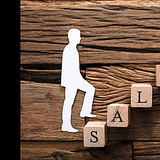 Why investors play an important role in a startup