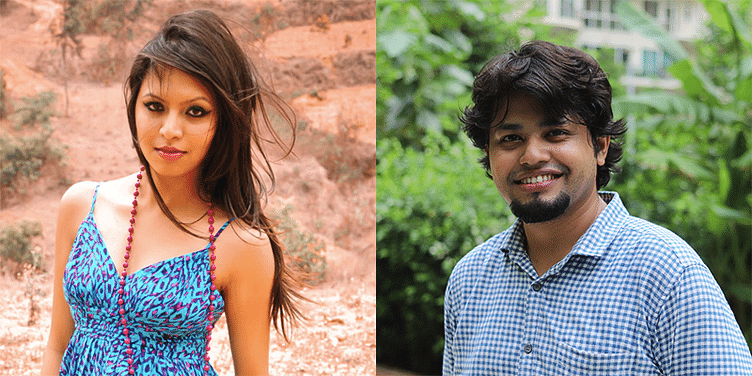 Anusha Chandrashekar and Alok Paul started the D2C women apparel brand Berrylush in Noida in 2018. With four machines and a small team, they began making women’s western wear and sold them online.

IIM Raipur graduate Anusha Chandrashekar was always passionate about the fashion industry and dreamt of running her own women’s western wear brand. Her batchmate, Alok Paul, was interested in building ecommerce businesses.

Not only did they marry each other but also married their interests. They launched a direct-to-consumer (D2C) online women’s western wear brand ﻿Berrylush﻿ in Noida in 2018.

Starting with four machines and a small manufacturing setup, the couple began manufacturing and selling apparel, including dresses, tops, jumpsuits, and skirts on ecommerce platforms such as Myntra, Ajio, ﻿Flipkart﻿, Amazon, and their own website.

In two years, Berrylush has reached annual revenue of Rs 15 crore, the brand claims, adding that it has sold over three lakh units of products in the 18 months preceding January 2021.

“Before starting Berrylush, I had a well-paying job in Deloitte. However, I wanted to follow my dreams of starting a women's western wear brand. I noticed a gap in the market that I could fill. I saw that trendy clothes made by established brands were of good quality but were too expensive, and cheaper alternatives did not have the same quality.”

She saw large brands were selling party wear for around Rs 5,000 and decided to make and sell well-designed products of similar quality below Rs 1,000.

Following an asset-light model and D2C retail strategy, Anusha and Alok began selling party wear for Rs 999. The duo claims this range has been their bestseller so far.

Alok explains, “We have just two locations in Noida — an office and a manufacturing unit with 120 machines. We have also tied up with 14 local fabricators who manufacture exclusively for us. The apparel is sold directly to customers through Myntra (55 percent of sales), our website (20 percent), Ajio (10 percent), and others (15 percent).”

However, the couple did not chart out this business model right away. The process began when they were still working full-time jobs. Anusha and Alok sourced apparel from local markets and sold them online to test the process and market response.

After seeing a good response from the market, Anusha’s father showed faith in the couple’s decision to start manufacturing western wear apparel and invested seed capital of Rs 10 lakh to help Berrylush kick-off.

Anusha and Alok started reaching out to fabricators to manufacture their products. But these fabricators were not exclusive to Berrylush.

“We were a small enterprise and we gave the fabricators orders of Rs 3 lakh. However, when we received the products, we saw the sample order shown to us was different from the final products. Sometimes, they were damaged.”

In fact, they also faced issues with the timelines promised by the fabricators.

“There were delays as multiple things had to be checked. For instance, we were not able to launch our summer range on time, and several months were lost,” he says.

The co-founders felt the only way to solve these issues was to manufacture the apparel on their own and tie-up with exclusive fabricators as the business grew.

With a designer, four machines, and a team of eight, Anusha and Alok started manufacturing women’s western wear products in a small facility in Noida.

While this did alleviate the issues faced with the fabricators, the real turning point came when Anusha approached a brand on-boarder at Myntra.

She says, “Till that point, we had products only on our website, and this person from Myntra really liked the designs on it. Despite being a small brand, we were onboarded on Myntra and were exclusive with the platform for six months.”

The extra visibility from Myntra provided a booster shot to Berrylush’s sales, and as more revenue came in, the brand partnered with exclusive fabricators. In fact, it increased its own production capacity to over 100 machines.

“Investing these funds in our factory has helped us become profitable early on. We have good margins on our products, and we reinvest profits into the business,” says Alok.

As this market aligns itself with the latest global trends, D2C brands such as Berrylush are aiming to make the most of their digital advantage.

The Berrylush founders list women’s western wear brands Sassafras, Harpa, Rare, plusS, Athena, and ﻿Faballey﻿ as their competitors. Anusha and Alok say Berrylush is staying ahead of the curve by selling and marketing across online channels and domains, while some competitors are exclusive to certain marketplaces.

After making it through a difficult period of halted production induced by the nationwide lockdown in 2020, they are now looking forward to the future.

“Customers posted photos of them wearing party and vacation apparel even at home. This brought us faith that ecommerce will boom, and customers will continue to embrace online shopping for our products,” Anusha says.

The couple is looking to scale Berrylush and increase its sales in India, as well as venture into markets in countries in the Middle East, Africa, Europe, etc.

Alok says, “Our objective is to build a scalable business, and we complement each other’s strengths. Anusha takes charge of designs and production, while I implement the business model and sales. We also have an ERP system in place to manage everything. We are now able to scale the brand quickly.”