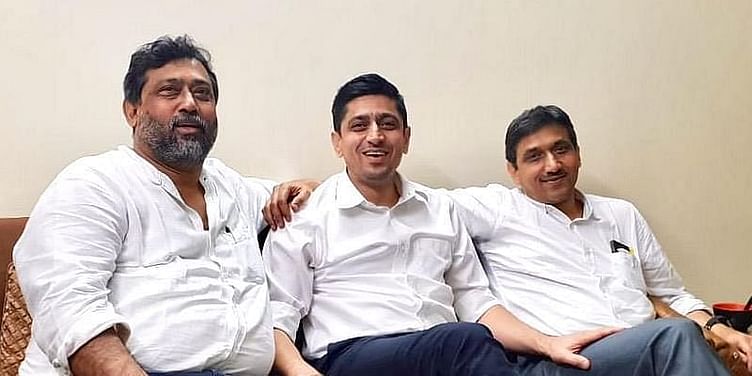 During the first wave, Suparshva Swabs pivoted from making cotton buds and cotton balls to polyester swabs. When the second wave hit, it rapidly ramped up its capacity to a peak of 40 lakh swabs per day.

When the second wave of the COVID-19 pandemic hit India, the demand for polyester and nylon swabs used in test kits skyrocketed.

For Delhi-based buds and swabs maker Suparshva and its brand Tulips, this posed an arduous challenge.

During the first wave, the business had pivoted from making cotton buds and cotton balls to polyester swabs. It had built up a capacity to manufacture 50 lakh COVID-19 test swabs a week. In 2021, it needed to rapidly ramp up its capacity and output.

Rahul Jain, a second-generation entrepreneur and Partner at Suparshva Swabs, in an exclusive interview with SMBStory, says:

“When the second wave picked up, the Department of Health Research - DHR (under the Ministry of Health), approached us to ramp up the production of swabs so that the testing can be increased in line with the unprecedented demand.”

He adds, “Lockdowns prohibited the movement of not only our personnel but also our suppliers and vendors, resulting in the crippling of existing capacity, let alone any new capacity.”

However, as Suparshva’s contribution was essential in the battle against COVID-19, the business found support in the DHR, which worked to ensure its factories, as well as its suppliers' units, were up and running.

Rahul explains, “We were facing raw material shortages as some of our suppliers across states were not allowed to operate. The DHR team worked overtime to arrange for our suppliers’ factories to be reopened.”

As states in India enforced different lockdown measures, the supplier factories were left to navigate on their own as there wasn’t a common notice of exemption that would help them reopen.

Rahul says the DHR team worked past midnight regularly to source contact details of state and district magistrates, speak to them, and get them to reopen the factories.

“As we looked at rapidly increasing our production of swabs, things were chaotic and we’d need certain factories opened the very next day because we needed moulds or some other component. Even joint secretary officers worked overnight to scan, approve, and send the documents necessary to open the factories,” Rahul adds.

As the demand for RAT kits increased, there was also a rise in the need for nylon-flocked swabs, for which Suparshva had to build its capacity from scratch.

“The RT-PCR and RAT kits required a different number of swabs. Based on how the test was administered, they required one or two swabs per test. For instance, if there was a requirement of around 30 lakh swabs per day, we increased our daily output to around two-thirds of this, ie, over 18 lakh per day,” Rahul claims.

He adds that Suparshva’s capacity ultimately reached a peak of 40 lakh swabs a day, catering to major VTM and RAT kit makers. However, he does not disclose the business' revenue figures.

Pivot during the first wave

During its pivot, Suparshva had a major advantage – it had existing manufacturing infrastructure, including in-house facilities for plastic processing, fibre processing, and automated production of swabs.

Since last year, the business converted its 100 percent cotton processing lines at its Ghaziabad factory to produce polyester-spun swabs on automated production lines, as well as set up new infrastructure for nylon swabs.

The business conducted trials on the main production line and made its factory fully ready to mass-produce swabs. In an earlier interview, Rahul said the business did not wait around to develop a prototype for a swab, which would need more time for industry implementation.

Suparshva Swabs also got its polyester swabs validated by the Indian Council of Medical Research (ICMR) and the National Institute of Virology (NIV). The business then began supplying the swabs to leading Viral Transport Media (VTM) manufacturers across the country.

“We are the first Indian company to develop special polyester spun swabs for COVID-19 testing. We started making two million polyester swabs a week last year and grew it to five million a week towards the end of May 2020,” he had said.

Besides Suparshva, Mumbai-based earbuds manufacturer Adi Enterprises had got the nod from the government in 2020 for making test swabs locally.

Going forward, as caseloads reduce and the demand for test swabs drops, Suparshva is shifting its focus back to its Tulips range of personal hygiene products.

“The test swabs were made as a national necessity rather than being a main line of business. Our test swabs output has been reduced to well below eight million a week, as of June 2021,” Rahul says.

Although the entrepreneur is looking forward to a COVID-free future, he remains wary of a possible third wave of infections.

“We have to ramp up production again if there is a third wave. But this will not be as challenging as before because we created modification kits for our production lines. These kits, which help make manufacturing processes suitable for polyester and nylon swabs, can be used to convert the lines back into COVID-19 test swab lines in a notice of four to five days,” he says.

How small businesses can leverage digital solutions to their advantage

These 5 banks offer easy business loans to MSMEs and entrepreneurs